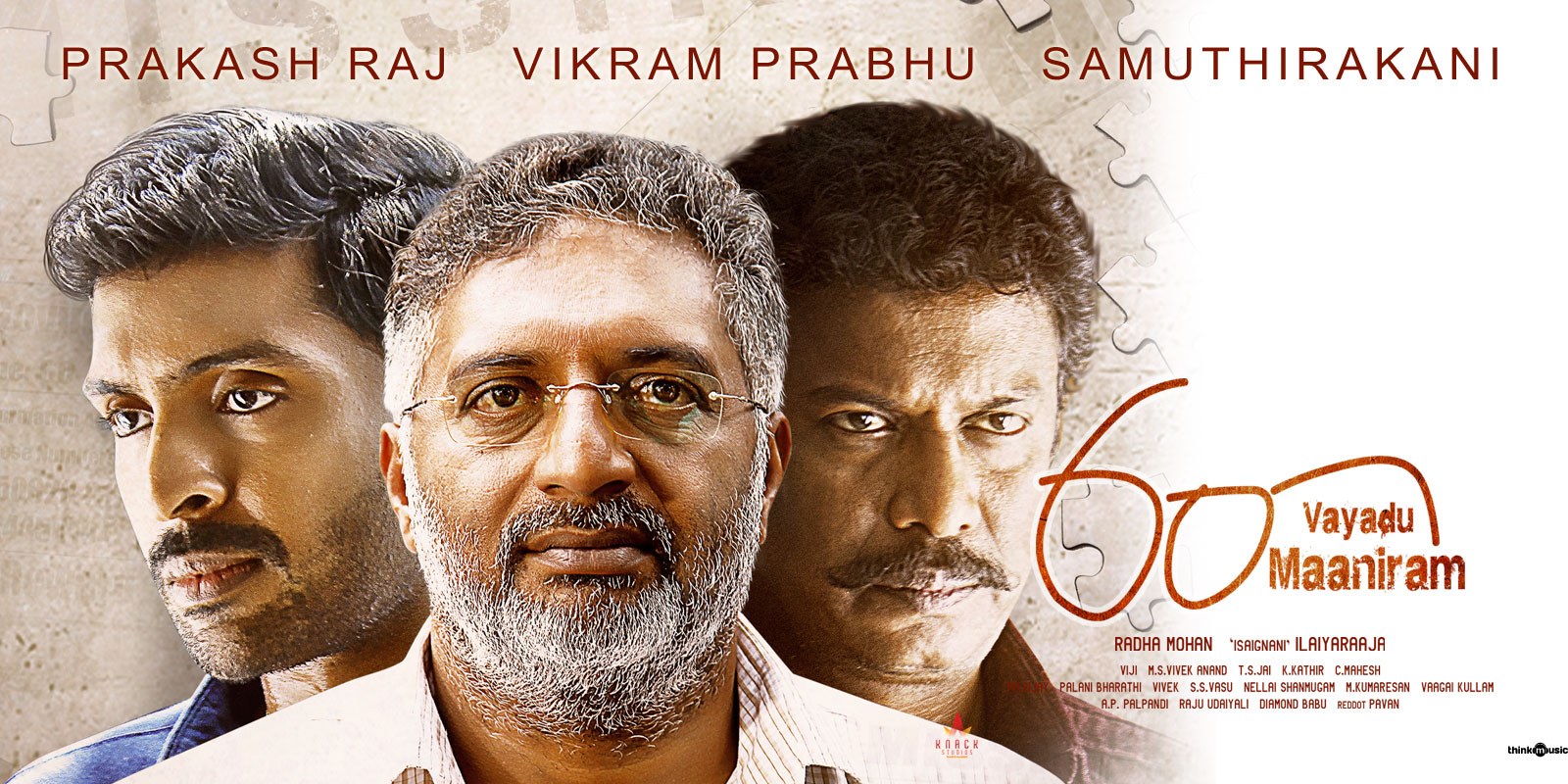 Vikram Prabhu who is residing in Mumbai comes to Chennai to visit his father Prakash Raj, who is very forgetful.

Vikram Prabhu decides to take his father out of the old-age home to buy him dress. However, unfortunately he misses his dad due to his lethargicness.

As far as the performances are concerned, Prakash Raj has lived his character. The scenes where he remembers only his son’s name and strikes a conversation are all top notch.

The portion where he tells his love story makes the audience go through the journey. Vikram Prabhu’s acting will be much talked about in this movie. His role as a caring son who is in search of his father and the emotions that he undergoes are all portrayed well.

Samuthirakani, an henchman who wants to leave the job and start a new life and his inner struggles are very well brought to the screen. Indhuja is beautiful and performs well.

Viji’s dialogues are one of the biggest strengths of the movie. Ilayaraja’s music adds soul to the story. Just like his previous movies, director Radha Mohan has once again taken the audience through an emotional journey.

The major downside of the flick is the slowness in the screenplay, apart from which this is yet another feel good movie.

60 Vayadu Maaniram is a film which puts humanity above everything.