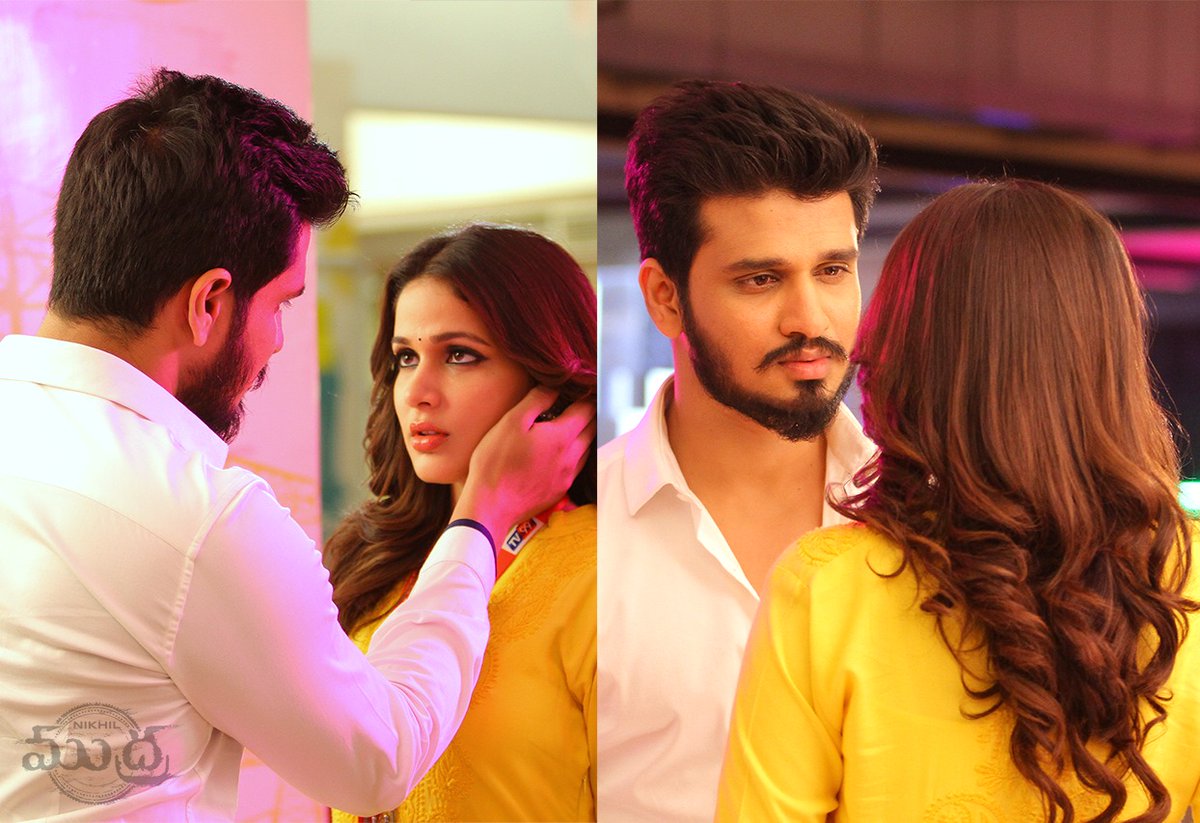 Young hero Nikhil Siddharth will be next seen in an action entertainer being directed by TN Santosh titled ‘Mudra.’ Actress Lavanya Tripathi is pairing with Nikhil in the movie and it is their first combination.

So far the film has wrapped up more than fifty percent of the shoot and currently a crucial schedule of shooting is going on. Scenes involving the lead pair Nikhil and Lavanya are being canned. The supporting cast Vennela Kishore, Posani Krishna Murali, Nagineedu, Pragathi, Satya, Tarun Arora and Raja Ravindra are also part of the shoot taking place at a TV studio.

The makers have preferred original locations for realistic journalist portrayal to maintain the feel of the movie.

The first look of ‘Mudra’ which was released on hero Nikhil’s birthday as garnered a tremendous response. Nikhil who is coming up with different films in the recent times, is playing the role of a journalist in this film and it is his first in his career.

Sam CS is composing music for the film.

‘Mudra’ is being jointly produced by Kaviya Venugopal and Rajukumar under Auraa Cinemas PVT and Movie Dynamix LLP banners while B Madhu is presenting it.