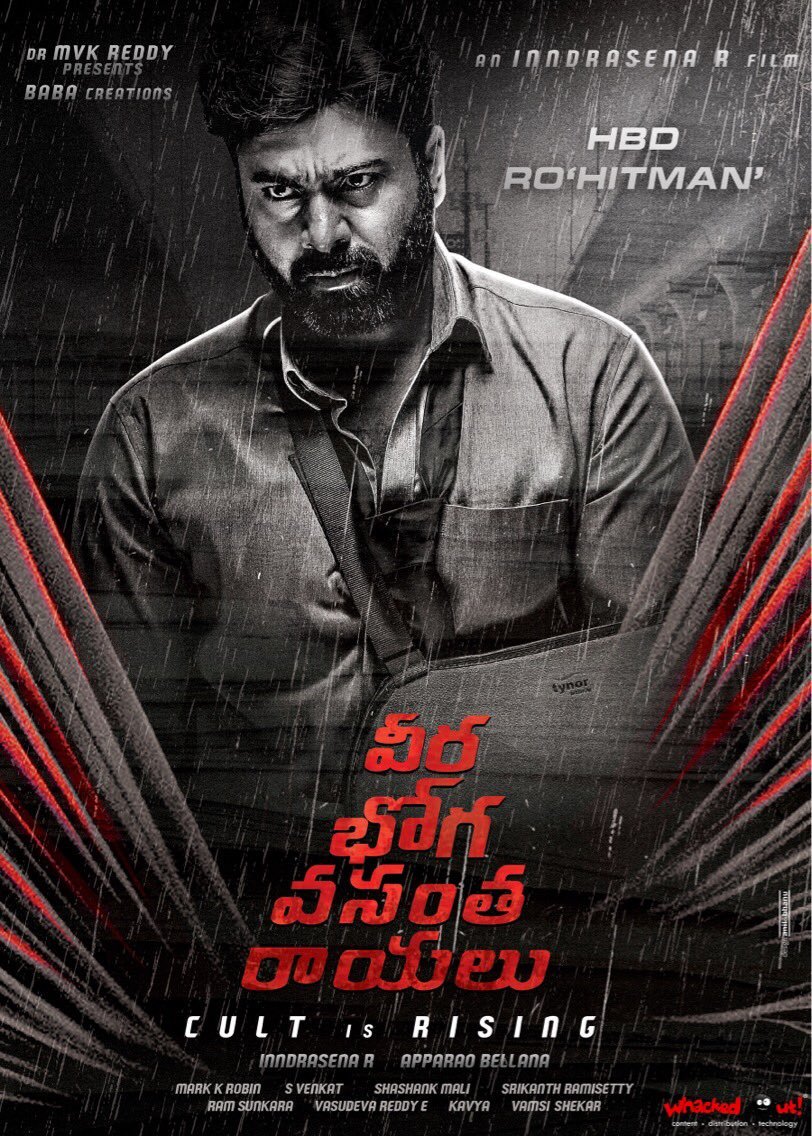 The first look of hero Nara Rohith from ‘Veera Bhoga Vasantha Rayalu’ is unveiled on the occasion of his birthday on July 24th.

The poster wishes Rohith in an interesting way calling him ‘HITMAN’ and may be it is part of his role. In the first look, Rohith is seen in a serious intense look and with arm sling support to his left hand. That’s said and done about the look and the makers have called it a ‘MENACING CULT’ look.

‘Veera Bhoga Vasantha Rayalu’ is being directed by Indrasena R and the film comes up with a caption “Cult Is Rising.” The expectations on the film are growing as each poster released earlier got a good response.