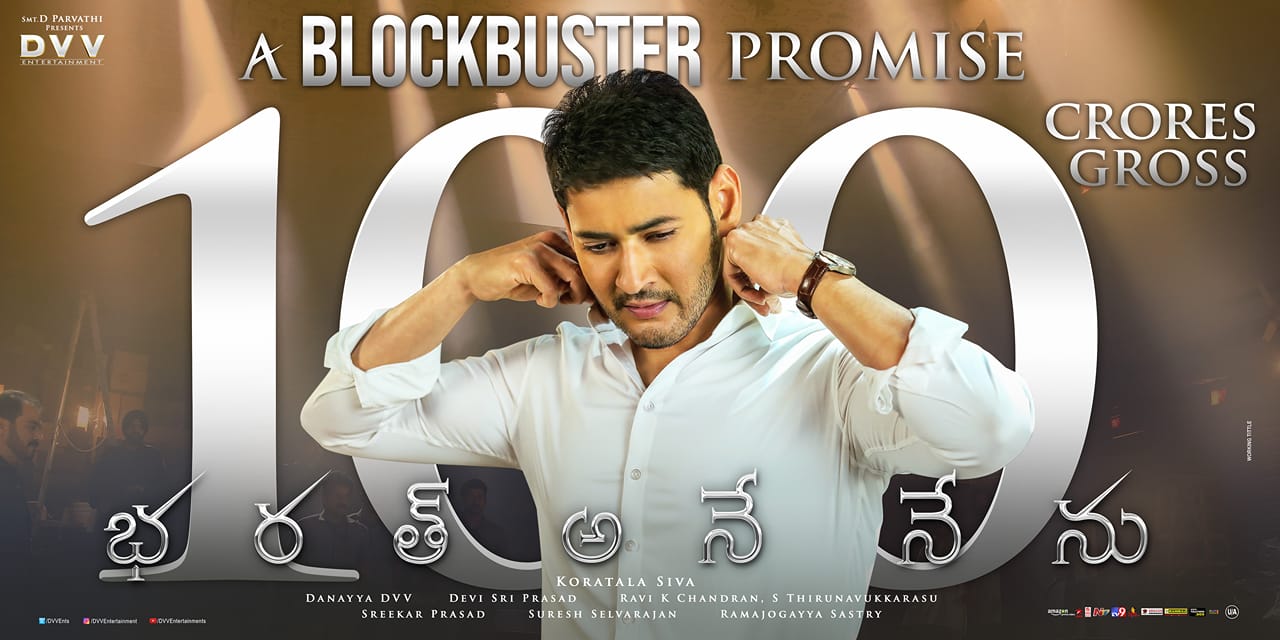 Superstar Mahesh Babu is a delighted man after his recent outing Bharat Ane Nenu has been doing exceptional business across the globe. The film which released on Friday emerged as the fastest Rs 100 crores grosser in Tollywood (excluding Baahubali franchise). Bharat Ane Nenu has been running with packed houses and the huge positive word of mouth turned out to be a huge advantage for the film.

After a record breaking start on day one, the collections have been exceptional on Saturday too and Bharat Ane Nenu grossed over Rs 100 crores in just two days. The film even crossed 2 million USD in USA with utmost ease. With the film gaining strength each day, trade analysts predict that Bharat Ane Nenu will emerge as the all time Tollywood blockbuster and will stand next to Baahubali in its final run. The collections have been phenomenal across all the territories and the buyers are expected to enter into break even zone by the end of first week.