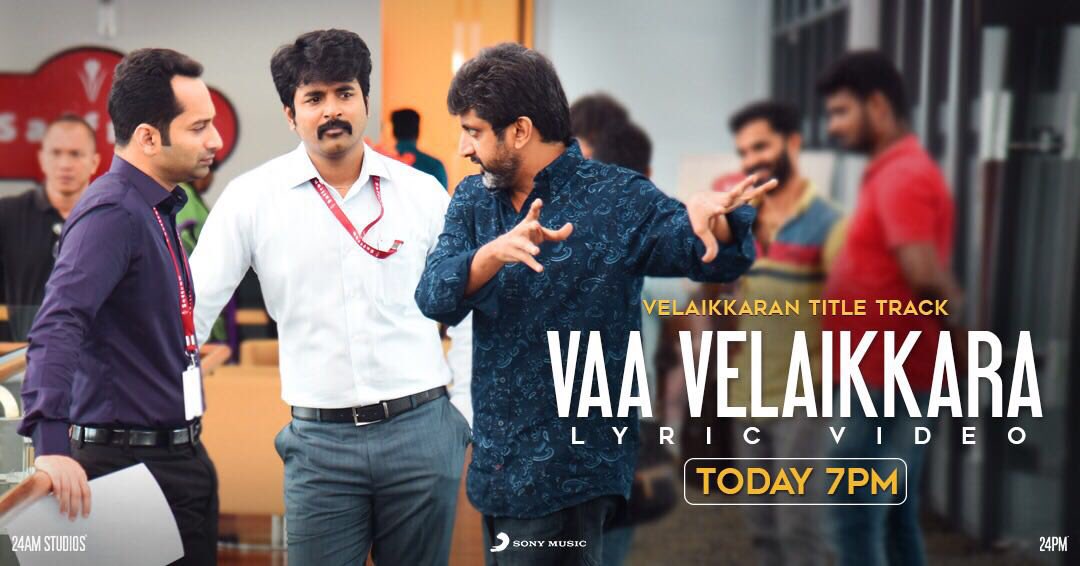 A script determines the budget of the film. A movie will be called ‘big budgeted’ when magnitude and the demand of the script is big. Art direction will be the spine of any such script and ‘Velaikkaran’ is one such movie. Starring Sivakarthikeyan, Nayanthara and Fahad Fazil , this movie is directed by Mohan Raja and produced by R D Raja of ‘24AM STUDIOS’.

A audio visual on the making of much talk about slum set of ‘Velaikkaran ‘ was played in its audio launch recently and it was a jaw dropping experience, to say the least. ‘Velaikkaran’ ‘s art director Muthuraj is said to have done a mind blowing job in creation of this slum sets.

Speaking about this , art director Muthuraj says, “ A major portion of the story happens in a slum area where the hero and his friends are born, brought up and live. It was producer R D Raja who first told me ‘let us create the entire slum set up’. I went and saw 10-15 real slums to observe their set ups and lifestyle and did extensive research on it. Then we started the set work and it took around 50-55 days to just finish the set and get it ready for shooting. We actually created the whole locality where people of all kinds of labour and religion live. Each and every house will have a characterisation and a purpose. We also made sure the houses and the locality is cramped to bring more realism. We used real garbage,used plastic bottles, plastic covers and many such items to bring out the authenticity of the geography. We also created a ‘Koovam’ around the locality to depict the lifestyle of a slum. The whole set was around 7.5 acres in area. We shot for around 50 days in this set. Without the producer’s immense support and co operation this vision would not have been possible at all. ‘Velaikkaran’ will definitely take Sivakarthikeyan to the next level. Director Mohan Raja’s script, writing and detailing was fabulous. I am sure the audience will love ‘Velaikkaran’ and appreciate our monstrous efforts “.