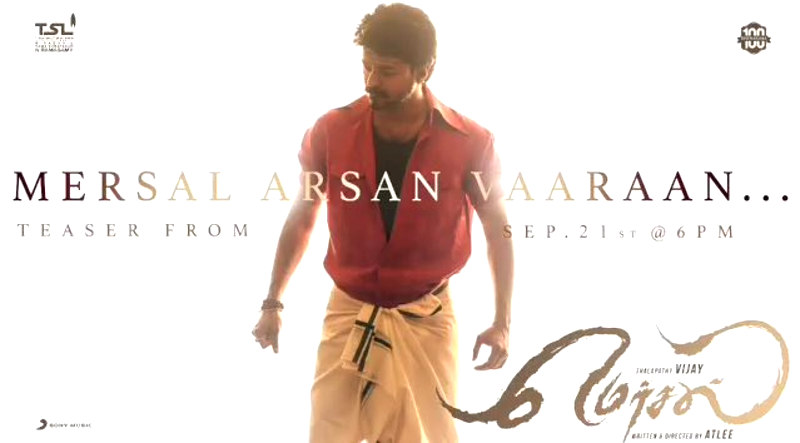 During Mersal audio launch, director Atlee said that the teaser and trailer of the movie will be released within a few weeks time.

For the past few days there was a buzz about the teaser as well and the makers of the movie had also earlier announced that the teaser and trailer are ready and only the BGM work is pending.

Now the producer of the flick Hema Rukmani of Sri Thenandal Films has said that the teaser of the movie will be released on Atlee’s birthday which falls on 21 September at 6pm.

The album of the movie composed by Rahman consisting of four songs were released during the audio launch function and has gone viral instantly.

This is the 61st film of the actor and is produced by Thenandal Studios banner. It may be noted that this is the 100th film of the production house.