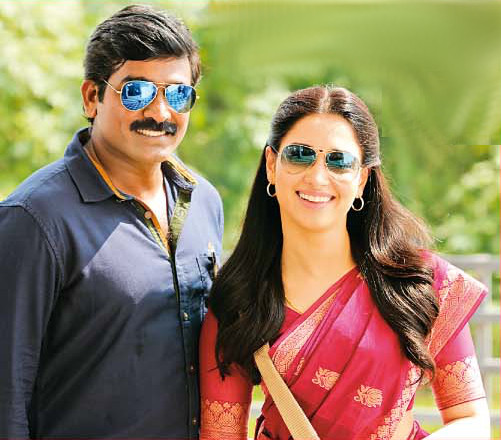 Producer RK Suresh says, “Vijay Sethupathi has given such a marvellous performance in Dharmadurai that I was dumbstruck. He has donned 5 hats- he fills in the shoes of 5 different avatars. And for each avatar he not only adopted different modulations but also played every avatar with ease.”.