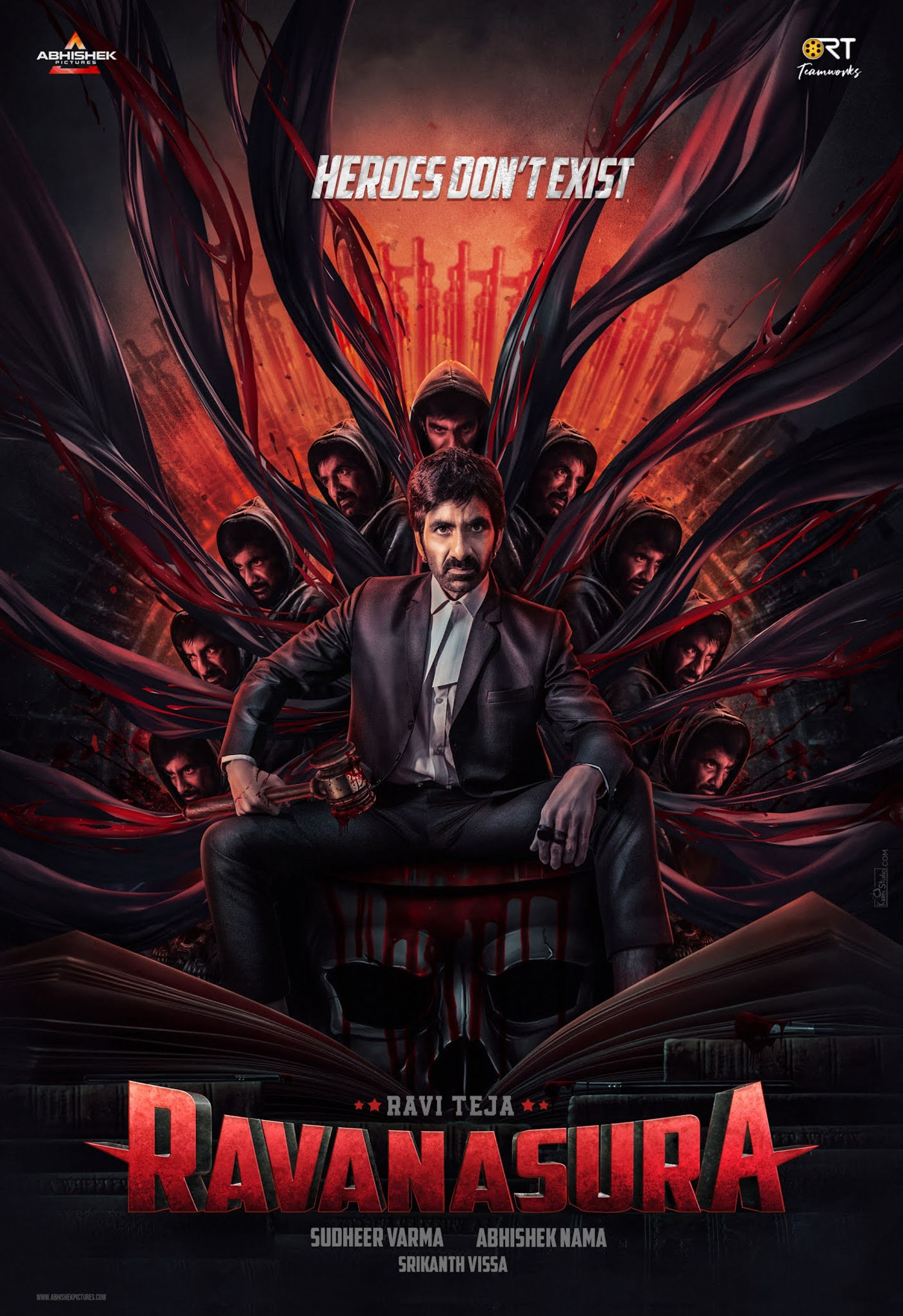 Ravi Teja and Creative director Sudheer Varma will be collaborating for #RT70 to be produced in a grand manner by Abhishek Nama under Abhishek Pictures and RT Teamworks.

The film’s title and first look poster have been unleashed. RT70 gets a powerful title Ravanasura and it indicates ten different shades of the protagonist. Moreover, Ravanasura is not a hero, but the chief antagonist in the Hindu epic Ramayana and its adaptations.

Portraying the same, the first look poster sees Dashavatara (ten heads) of Ravi Teja as a lawyer in a court uniform sitting on a chair designed as a mask with a Gavel in his hand with blood dripping from it. Wears unusual black colour rings, there are blood marks on Ravi Teja’s hands and the mask as well.

We can also see law files, books, paint brush in front of Ravi Teja, while guns are seen behind him. The poster reads the popular quote: “Heroes don’t exist ”. On the whole, the first look poster narrates different characteristics of the protagonist and also makes us guess about backdrop of the movie. The poster indeed creates a great impact.

Ravanasura in Hindu epic was a villain. What about this Ravana?

Srikanth Vissa who’s associated with few exciting projects as a writer has penned a powerful and a first of its kind story for the movie. Known for his stylish and exceptional taking expertise, Sudheer Varma will be presenting Ravi Teja in a never seen before role in the movie. The poster itself tells the kind of distinctive role Ravi Teja will be portraying in the movie.

#RT70 is billed to be an action thriller with a novel concept. Some prominent actors and noted craftsmen will be part of the project.