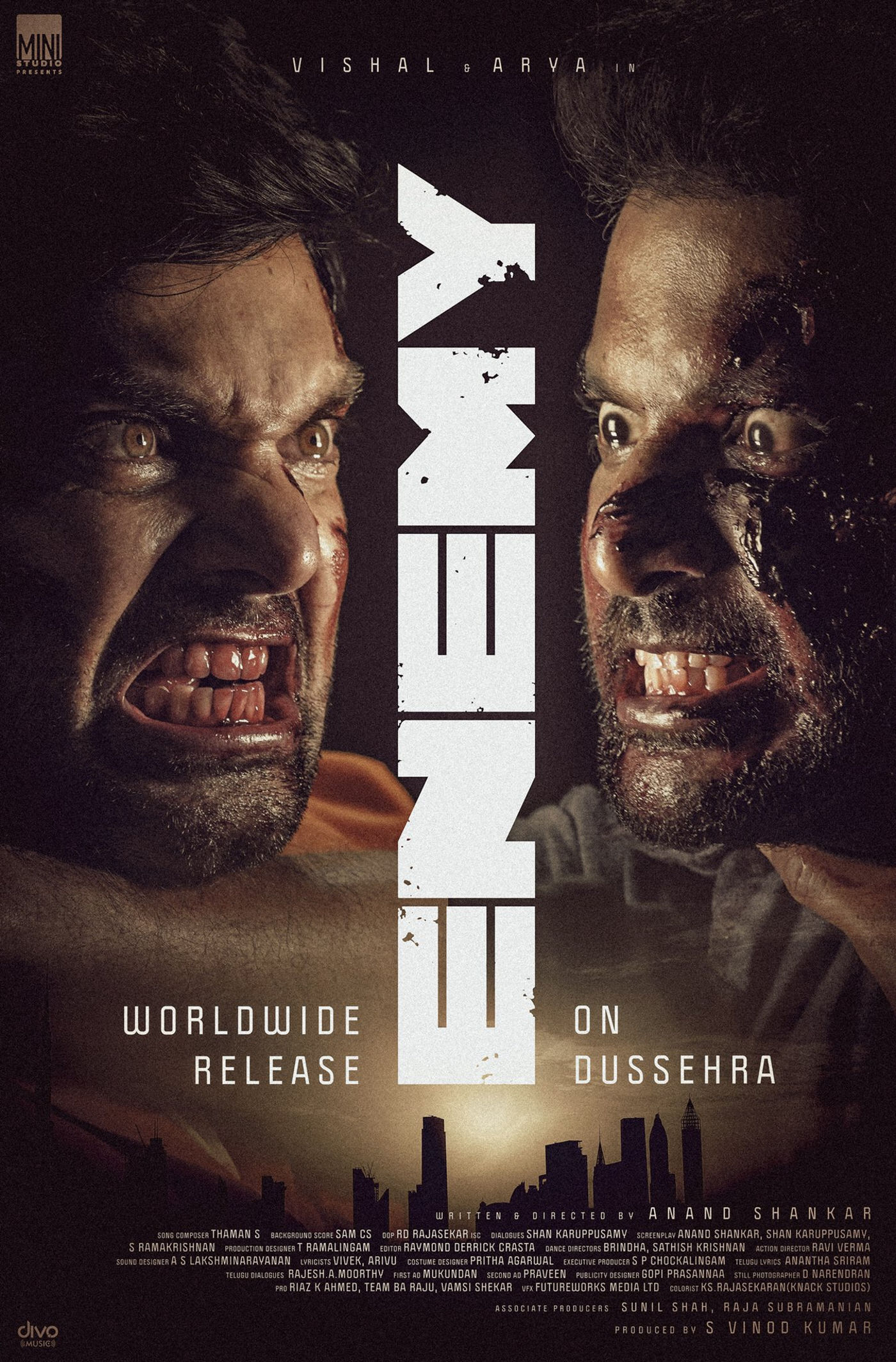 ‘Enemy’ marks Vishal’s 30th movie and Arya’s 32nd movie. The film is directed by Anand Shankar and produced by S Vinod Kumar under the banner of Mini Studios. The makers have announced to release the movie for Dussehra with an action-packed poster which features Vishal and Arya and ferocious looks.

Mirnalini Ravi of ‘Gaddalakonda Ganesh’ fame is the heroine, while versatile actor Prakash Raj and Mamta Mohandas played pivotal roles in the film.

The film’s teaser that promised, Enemy will be high on action with some exceptional performances and first-class technicalities, got overwhelming response from the action movie lovers.

Leading cinematographer RD Rajasekhar has cranked the camera for the film, while the music sensation S Thaman provides the music. The film is in last stages of post-production and it will be released simultaneously in Telugu, Tamil and a few other languages.