Recently, a small glimpse to make announcement on first single was released and both Ravi Teja and Dimple Hayathi killed it with their expressions in it. Today, on the occasion of Vinayaka Chavithi, the makers have released the first single Ishtam.

Appears in half saree, Dimple Hayathi expresses her likes and this song also discloses her adoration for Ravi Teja. Dimple amazes with her dancing skills, while Ravi Teja is at his usual best. They look good together on screen and it’s delightful to see two brilliant dancers together.

Devi Sri Prasad has scored a pleasant-sounding melody tune that will connect instantly. Hari Priya has sung the song beautifully, while lyrics by Shreemani are catchy. Yash master’s choreography adds special charm to the song.

Ramesh Varma is putting in extra efforts to offer a thrilling ride to the audiences in theatres. Sujit Vaasudev and GK Vishnu are the cinematographers. Ravi Teja plays a dual role in the film produced by Bollywood production house Pen Studios in association with A Studios. 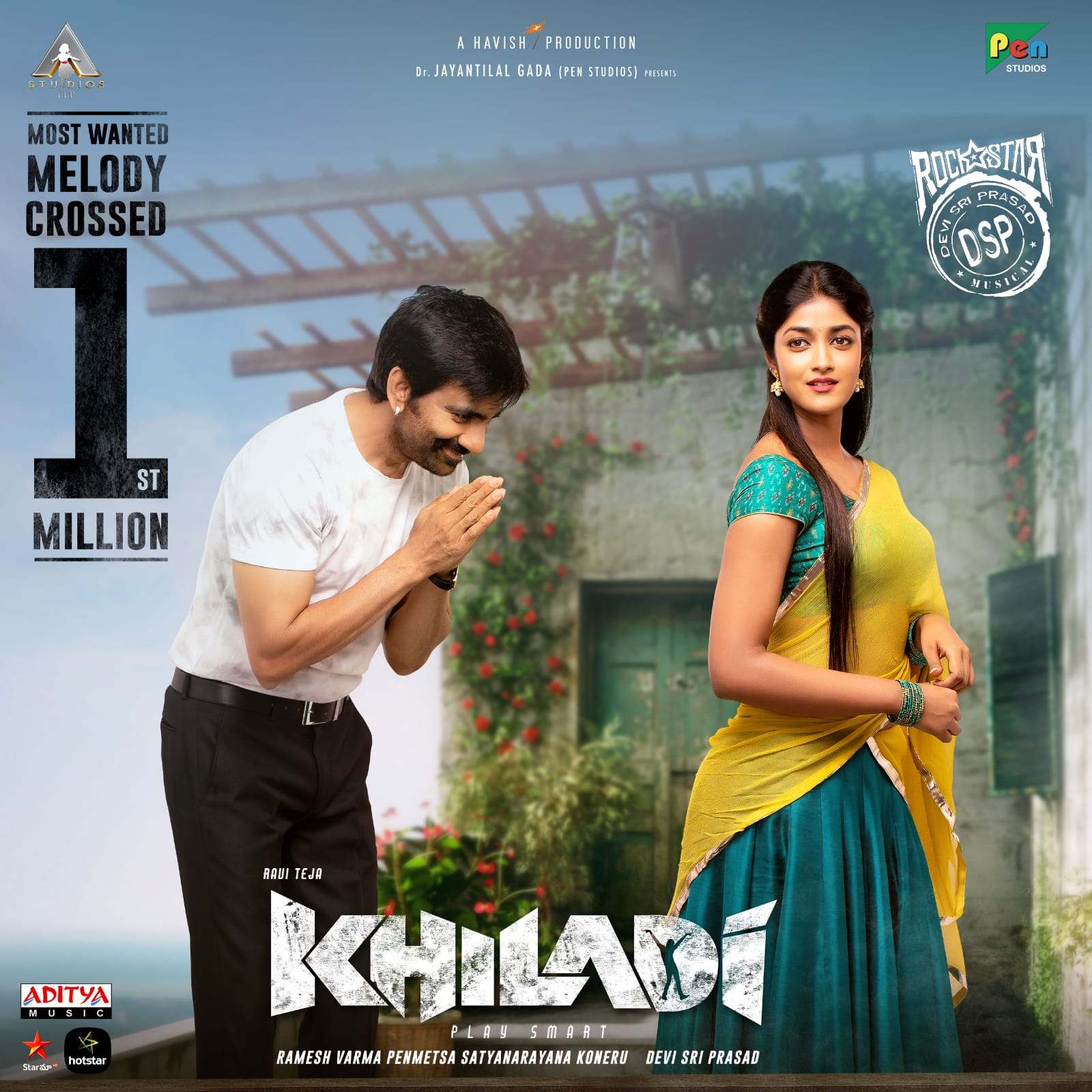