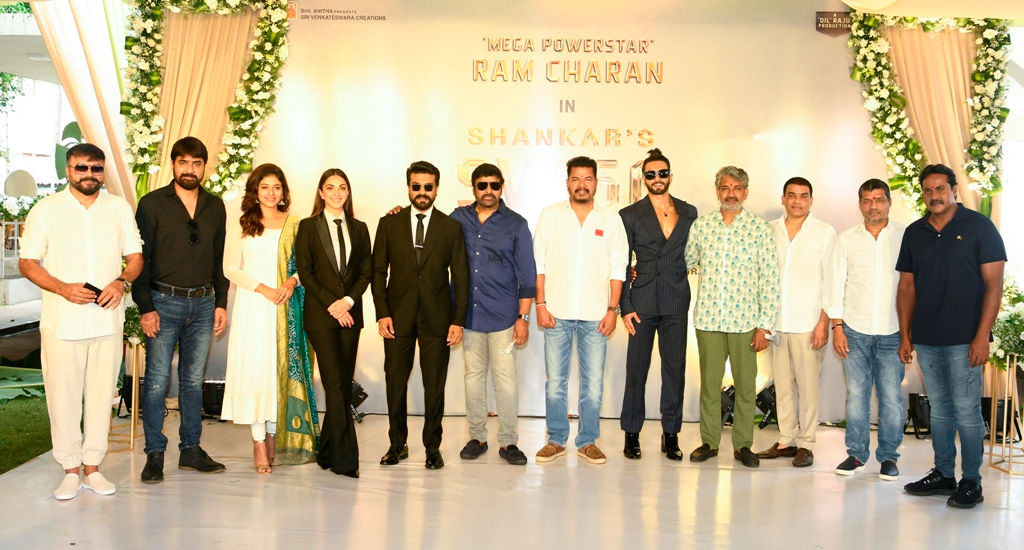 The massive pan-India project jointly produced by star producers Dil Raju and Sirish in the combination of Mega Power Star Ram Charan and Sensational Director Shankar was launched today amid fanfare. Megastar Chiranjeevi, pan-India director SS Rajamouli, and Bollywood star hero Ranveer Singh graced the occasion as chief guests. If the Muhurtham shot was given the clap by Megastar Chiranjeevi, Ranveer Singh switched on the camera. SS Rajamouli directed the first shot. The Megastar handed over the script to Shankar.

This one is Ram Charan’s 15th movie. The prestigious project is the 50th movie for Sri Venkateswara Creations’ Dil Raju and Sirish. The movie will be made in Telugu, Tamil, and Hindi with the full range of a pan-India movie. Bollywood beauty Kiara Advani is its heroine, while Srikanth, Jayaram, Naveen Chandra, Sunil and Anjali will be seen in crucial roles. Music sensation SS Thaman is the music director. Thirunavukarasu is its cinematographer. The rest of the cast and crew details will be announced soon. 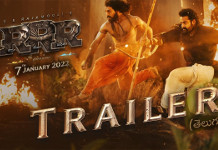