Actor Vishal teamed up with a debutant director Thu Pa Saravanan for an action drama. Vishal himself is producing the film on his Vishal Film Factory (VFF) banner. 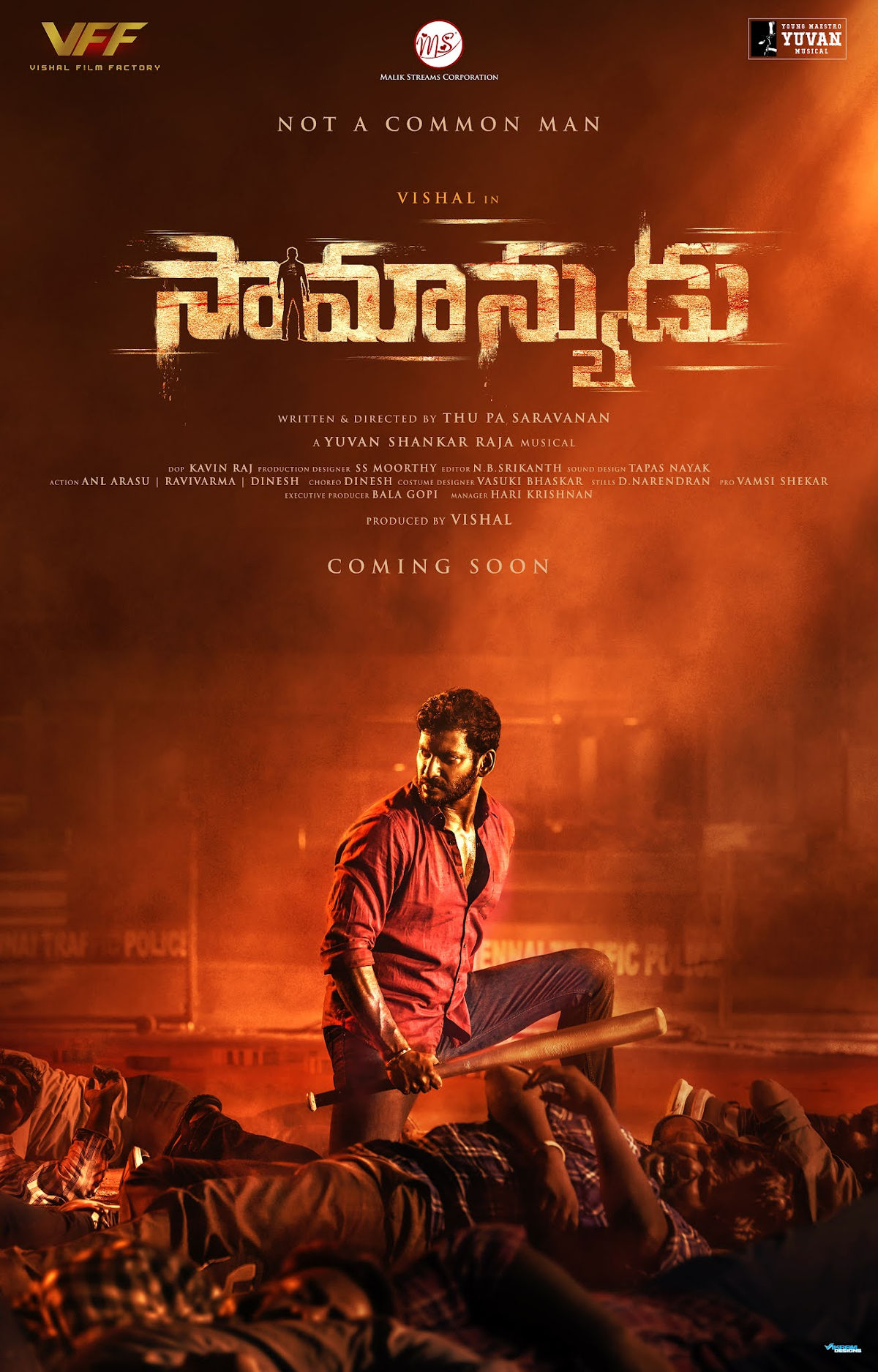 On the occasion of Vishal’s birthday, title and first look poster of the film are revealed. Vishal31 is titled Saamanyudu that comes with a tagline Not A Common Man.

Vishal can be seen bashing a batch of rowdies with a baseball bat in the poster. He appears aggressive here and the poster justifies the tagline- He is ‘Not A Common Man’.

Dimple Hayathi is the heroine opposite Vishal in the film that will have popular actors Yogi Babu, Baburaj Jacob, PA Tulasi and Raveena Ravi in crucial roles. 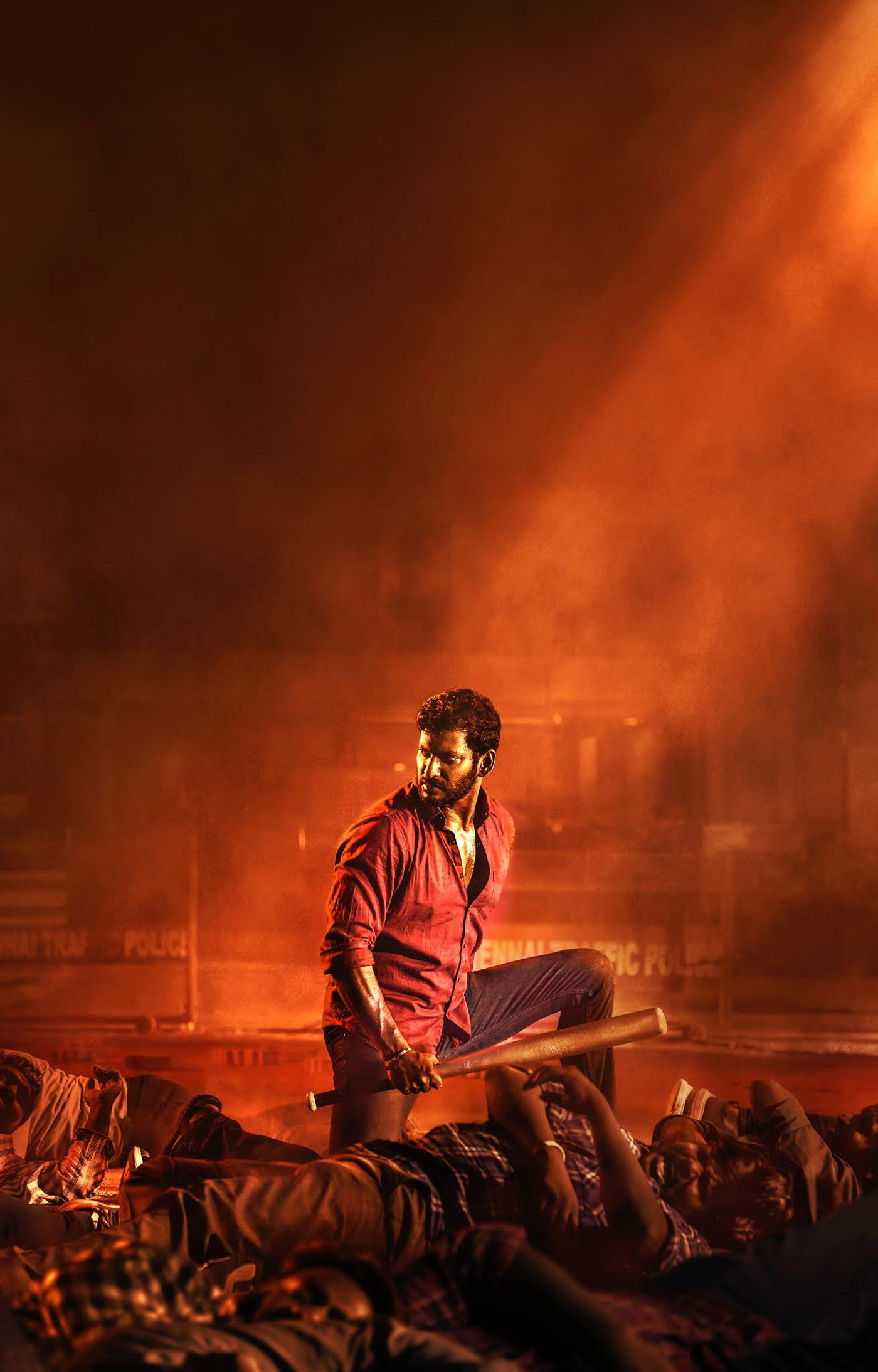 Samanyudu is getting ready for its theatrical release.