Cinematographer KV Guhan after delivering a SuperHit ‘118’ is now coming with a Mystery Thriller, ‘WWW’ (Evaru.. Ekkada.. Enduku..) as his latest film. Adith Arun and Shivani Rajashekar are playing the lead roles. Dr. Ravi P. Raju Datla is bankrolling this film under Ramantra Creations banner. Teaser and Songs released so far through Aditya Music have garnered superb response and the film is carrying very good buzz among the audience for its unique content. Latest is renowned production house Suresh Productions is onboard to present this film. The entire shooting part has been completed and the film is getting ready to release very soon. 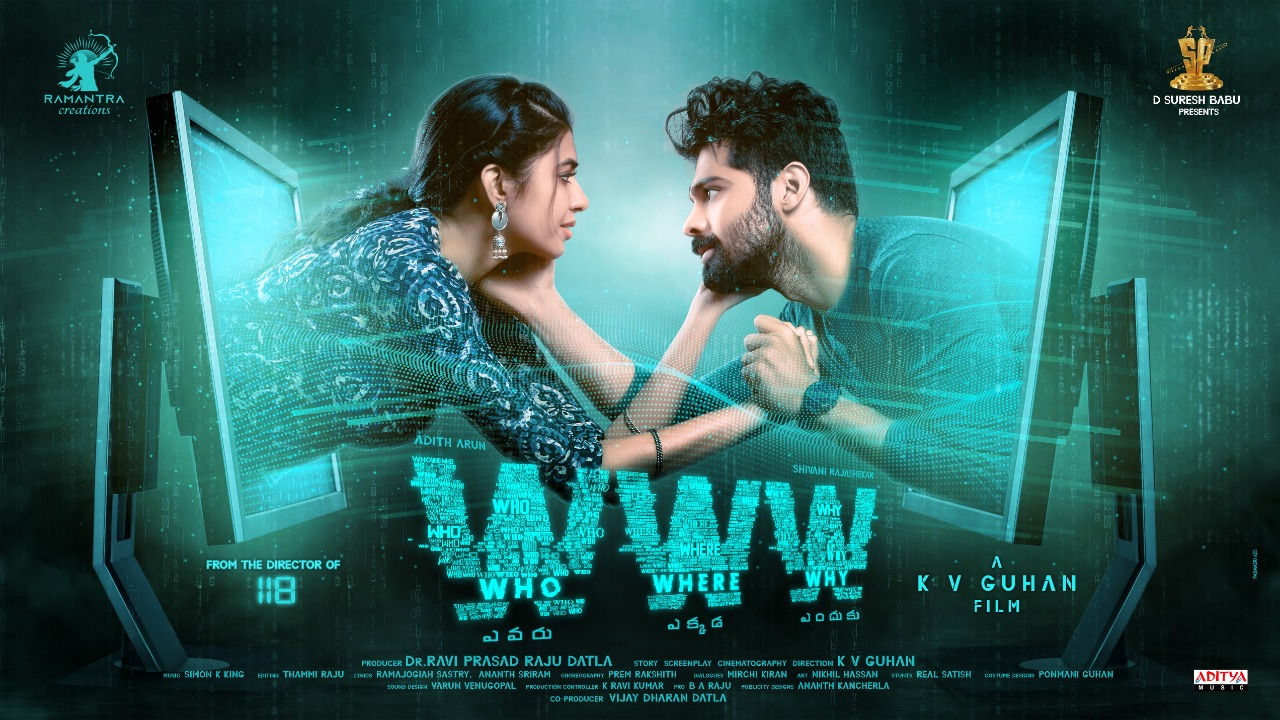 Star Producer D Suresh Babu said, ” I recently watched ‘WWW’. It is a very well made thriller with crisp narration and great performances from the actors. It reflects the current COVID situation of the virtual world and related challenges. A cute love story is embedded in it. Audio already seems to be a hit with the audience. We are happy to bring ‘WWW’ to the theatres.”

Producer Dr. Ravi P. Raju Datla said, ” We are glad that Suresh Productions is presenting the first film ‘WWW’ made in our banner Ramantra Creations. We feel this as our first success. I thank Suresh Babu Garu on behalf of our banner. ‘WWW’ is the first computer screen thriller movie in Telugu. Guhan gari making will be in a new kind of style. Adith Arun and Shivani Rajasekhar gave very subtle performances. Their chemistry stands as one of the major highlights of the film. The film is currently undergoing it’s post-production works. We will release the trailer soon. The film will surely score a huge commercial success.

Director KV Guhan said, ” ‘WWW’ film came out very well. We are very happy that this film is getting released through Suresh Productions banner. Adith and Shivani gave very good performances. Technicians gave very good support. This will be a different film in thriller genre.”