Actress Taapsee Pannu is making her comeback to Tollywood with Mishan Impossible where she plays the lead role. Talented director Swaroop RSJ of Agent Sai Srinivasa Athreya fame is helming the project. 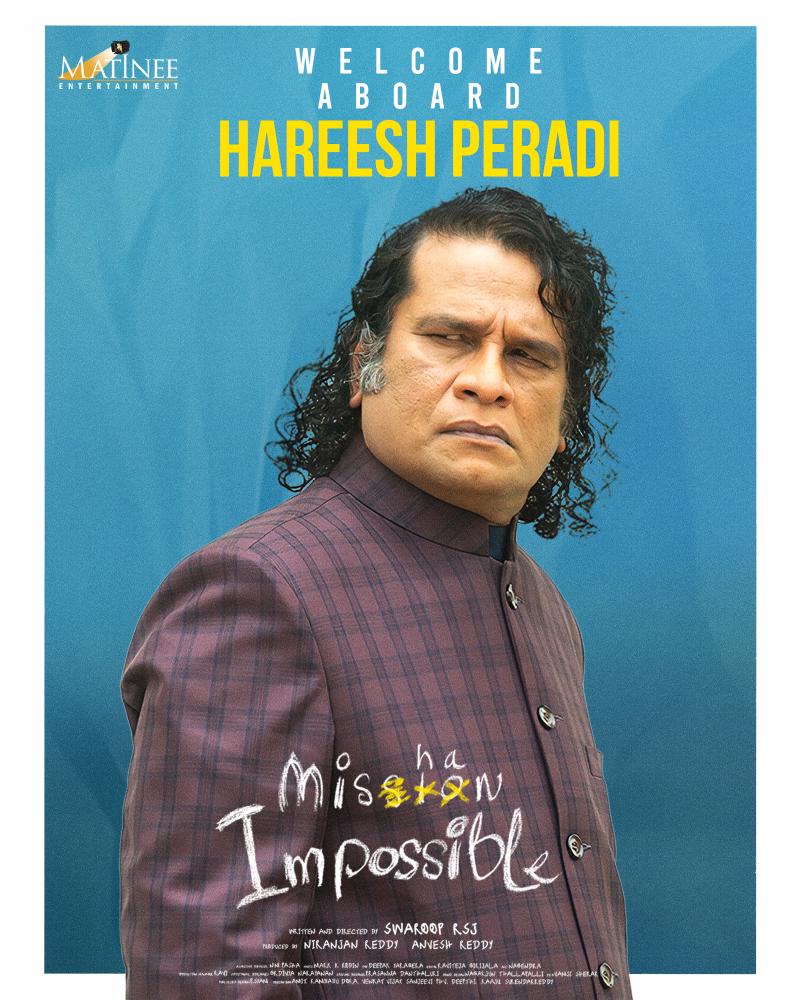 Matinee Entertainment, one of the popular production houses in Tollywood, is producing the film, it will feature several noted actors in vital roles and the makers have come up with an update of popular Malayalam actor Hareesh Peradi, who is also a well-known theatre artist in Kerala and has separate style in his villainous acts with his ferocious eyes, playing a crucial role in Mishan Impossible.

Hareesh has acted in over 40 films which include Erida, Thambi, Mersal, Khaidi, Kokila, Spyder, Raatchasi, Pulimurugan, Bhoomiyile, Manohara, Swakaryam, and Muddy. Left Right Left (Malayalam 2013) and Vikram Vedha (Tamil 2017) gave him big breaks and he made a niche for himself.

Niranjan Reddy and Anvesh Reddy are producing the film, while N M Pasha is the Associate Producer. The film has cinematography handled by Deepak Yeragara and music scored by Mark K Robin. Ravi Teja Girijala is the editor.