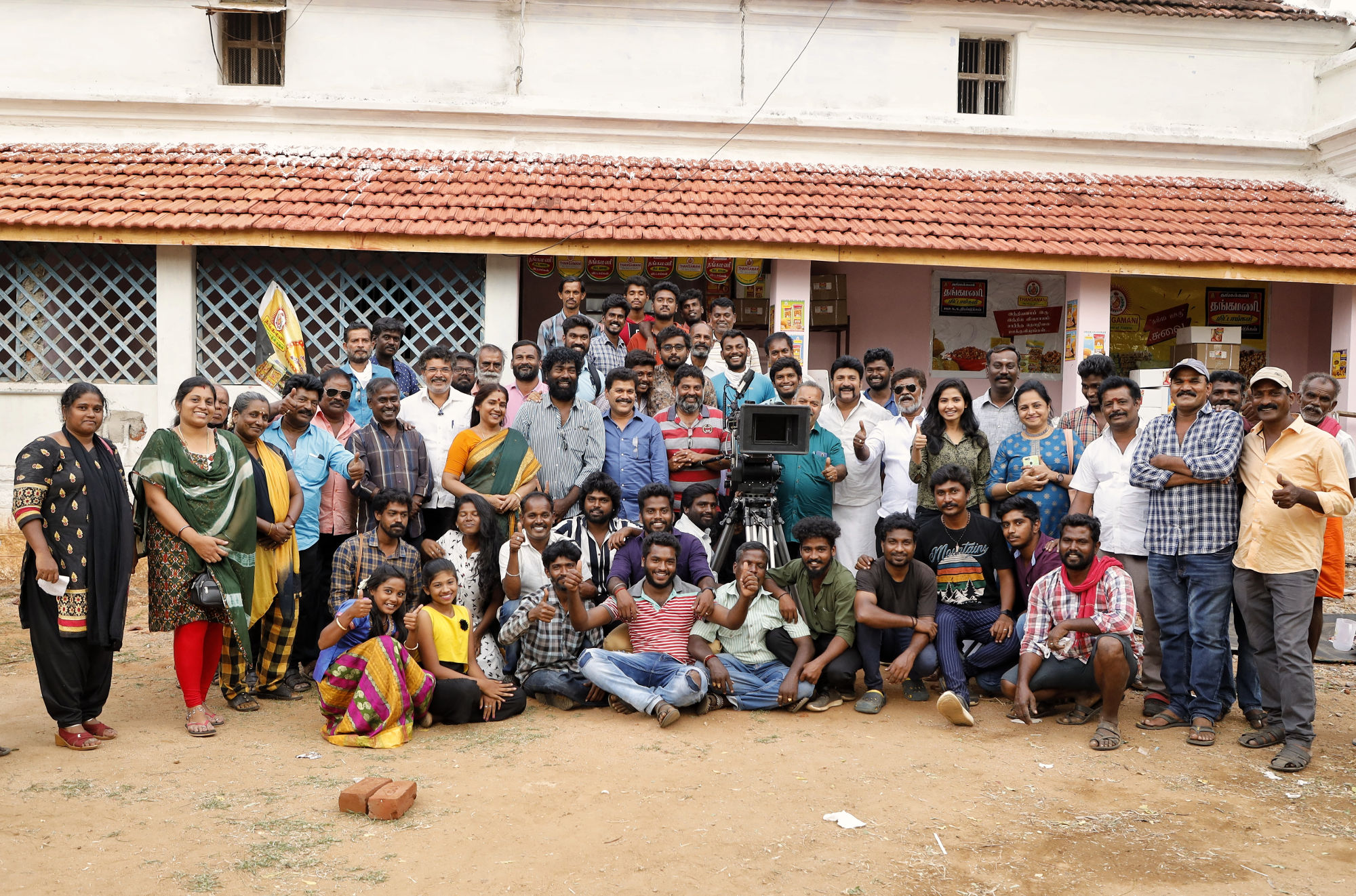 an, Sri Vaari Film, says, “Anandham Vilayadum Veedu is and will be something special to me personally even after years. It’s a movie that started rolling during a crucial juncture of the pandemic phase, crossed many hurdles during the second wave, and finally completed its shoot. With such a big star-cast, the project could have fallen into ‘Red Alert’ moment anytime, but with complete support from the crew, who strictly followed the health protocols, we were able to complete the shoot as planned. I earnestly thank Gautham Karthik for his admirable support. It isn’t a formal statement, but something that comes from the bottom of my heart. Well, outstanding performance is his genetic behavior, but he impressed me with his beautiful congenial nature of treating everyone equally on the sets. I have not seen such an actor in recent times and, I believe that such a character will endow him with the greatest glories. Actor Cheran sir is the icing on the cake in this movie. He has delivered a colossal performance. His character will be retained in the hearts and minds of the audience, even after walking out of theatres. Shivathmika Rajashekar with her girl-to-next-door looks and natural performance will have a breakthrough with this movie. I am so elated that Nanda Periyasamy has accomplished the herculean task of handling 40 actors together on the sets and complete the shoot at the right time as he promised. “

With the shooting completed, the production house will be making announcements on the audio, trailer, and worldwide theatrical release shortly.