King Akkineni Nagarjuna is known to explore variety of films in every genre known to us in his decade long career. He also Enjoys huge fan base be it the youth or among family audiences. 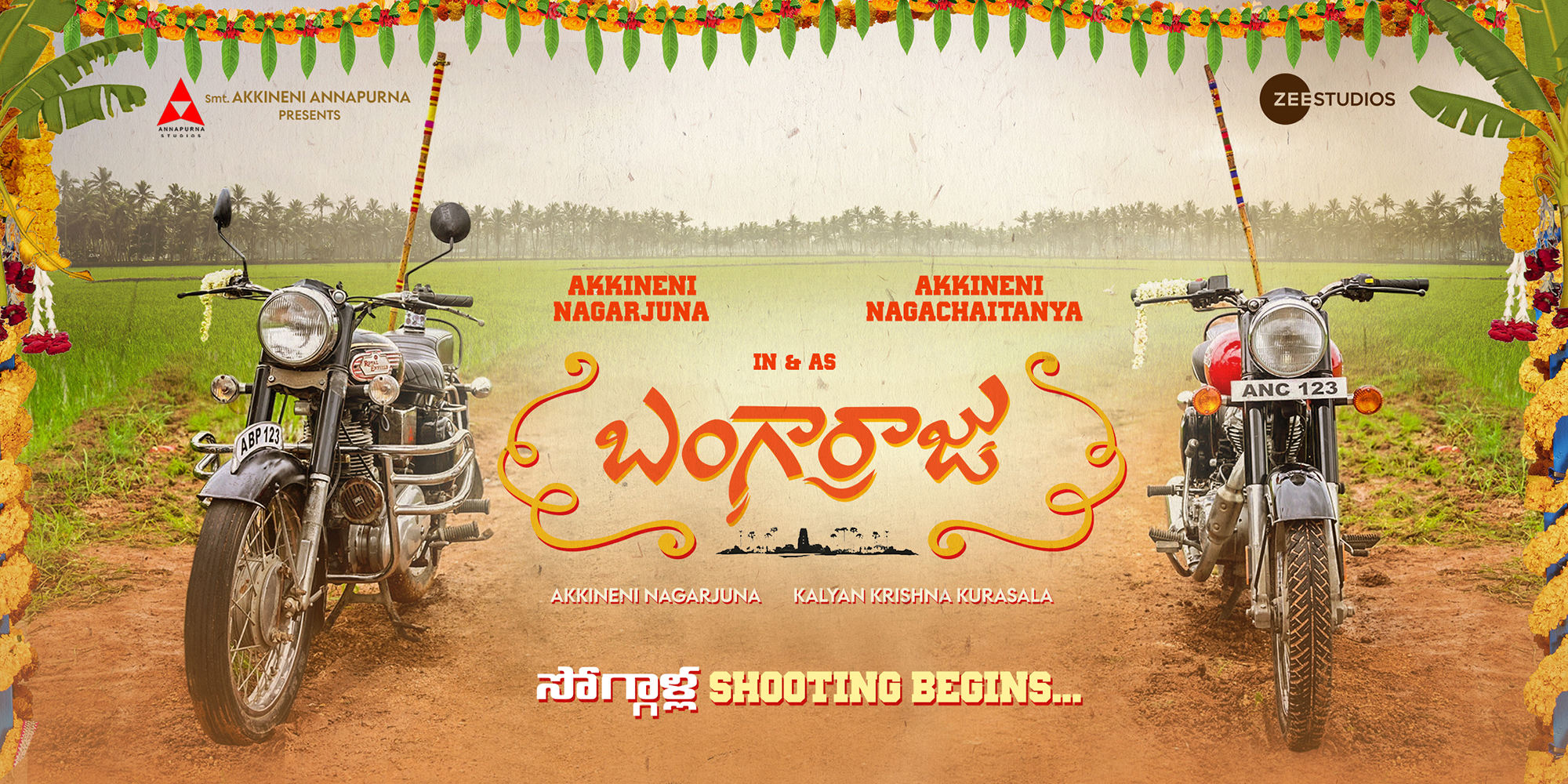 The team is coming up with its sequel titled Bangaraju and this much awaited film will feature Nagarjuna’s elder son Yuva Samrat Akkineni Naga Chaitanya in other lead role.

The celebrated father-son duo previously appeared together in Akkineni’s multi-starrer Manam which is remembered as one of the all-time classic blockbuster and also as one of the most memorable film for the Akkineni family and fans all over the world.

Ramya Krishna who was paired in Soggade Chinni Narayana, is part of Bangaraju as well. The makers have roped in the most sought-after heroine Krithi Shetty to play Naga Chaitanya’s love interest.

The craziest multi-starrer was launched recently and the regular shoot has commenced from today in Hyderabad.

Anup Rubens scores music for the film. Satyanand has penned screenplay, while Yuvaraj handles the cinematography.

Bangaraju is billed to be a wholesome entertainer with a total dose of romance, emotions and other commercial elements. Expectations are quite high on this project, since it is the sequel for the blockbuster.

Zee Studios will be co-producing the project with Annapurna Studios Pvt Ltd.