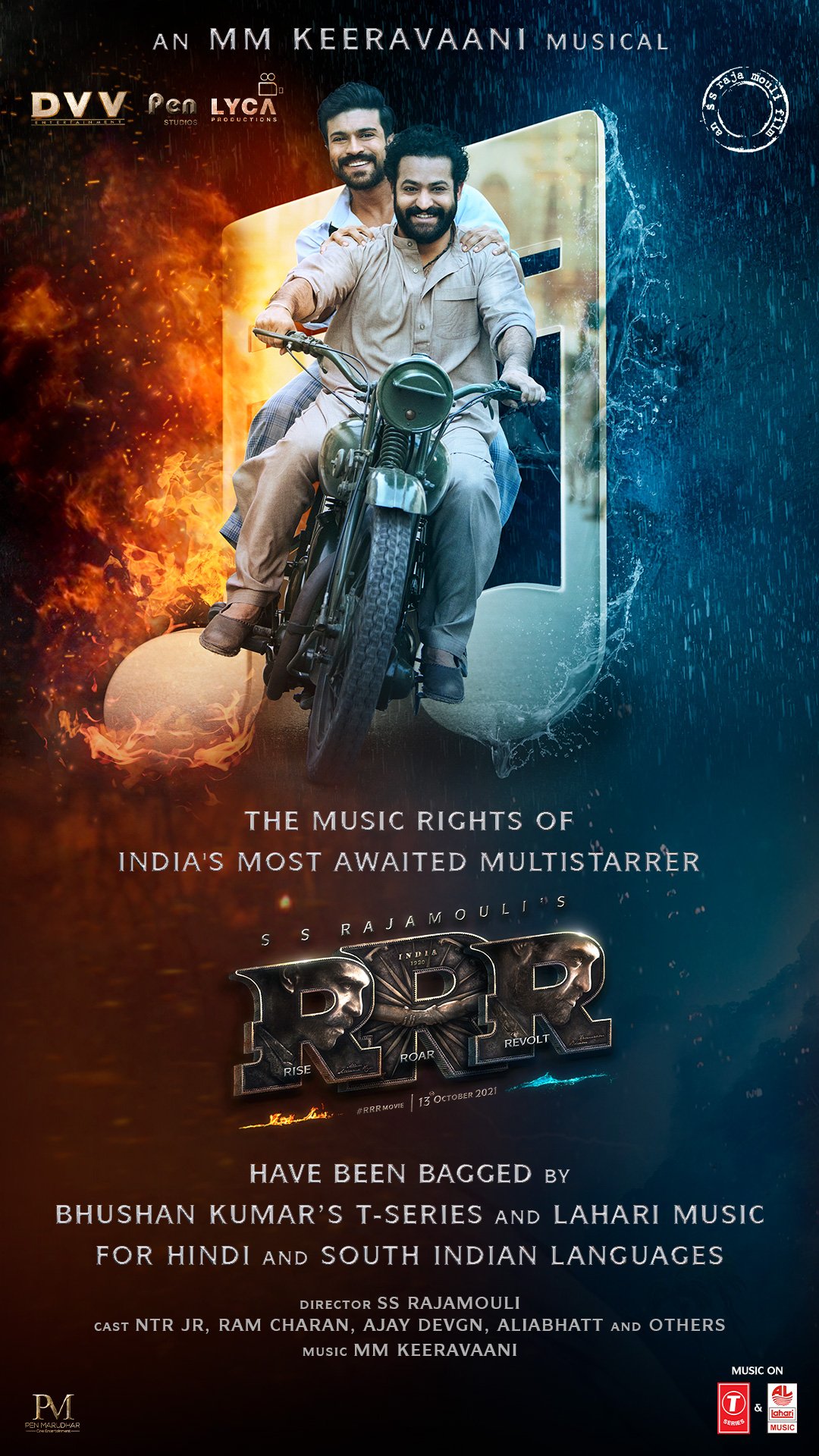 The project that has raised temperatures, ever since its inception is the most monumental film of 2021 and people are waiting with bates breath to watch the magical world that the Baahubali director has created with RRR. T-Series is undoubtedly the biggest name in the global music circuit today along with South India’s biggest music label Lahari Music together acquired the music of this period drama in all languages – Telugu, Tamil, Hindi, Malayalam, and Kannada.

Bhushan Kumar, head honcho of T-Series, shares, “It is one of the biggest films we are partnering on. As a viewer, I have always admired SS Rajamouli’s body of work and revered MM Keeravaani’s music. I’m thrilled to be associating with RRR because it’s the biggest film that will release this year. The music is outstanding and I’m sure the audience will love it, too.”

Manohar Naidu, head honcho of Lahari Music, shares “I have personally admired all of MM Keeravaani’s music from the last 3 decades and have also admired SS Rajamouli’s great body of work. This is by far the biggest film of the year. As a music lover the music is amazing I am sure the audience will just love it”

Get ready to witness this musical extravaganza soon.

Thaman on board for Shankar – Ram Charan movie