Matinee Entertainment, one of the popular production houses in Tollywood, is not constrained to make only high budget films with star heroes, as they are also churning out content-based films on small to medium range budgets. The production No 8 of the banner is with talented director Swaroop RSJ of Agent Sai Srinivasa Athreya fame helming it. 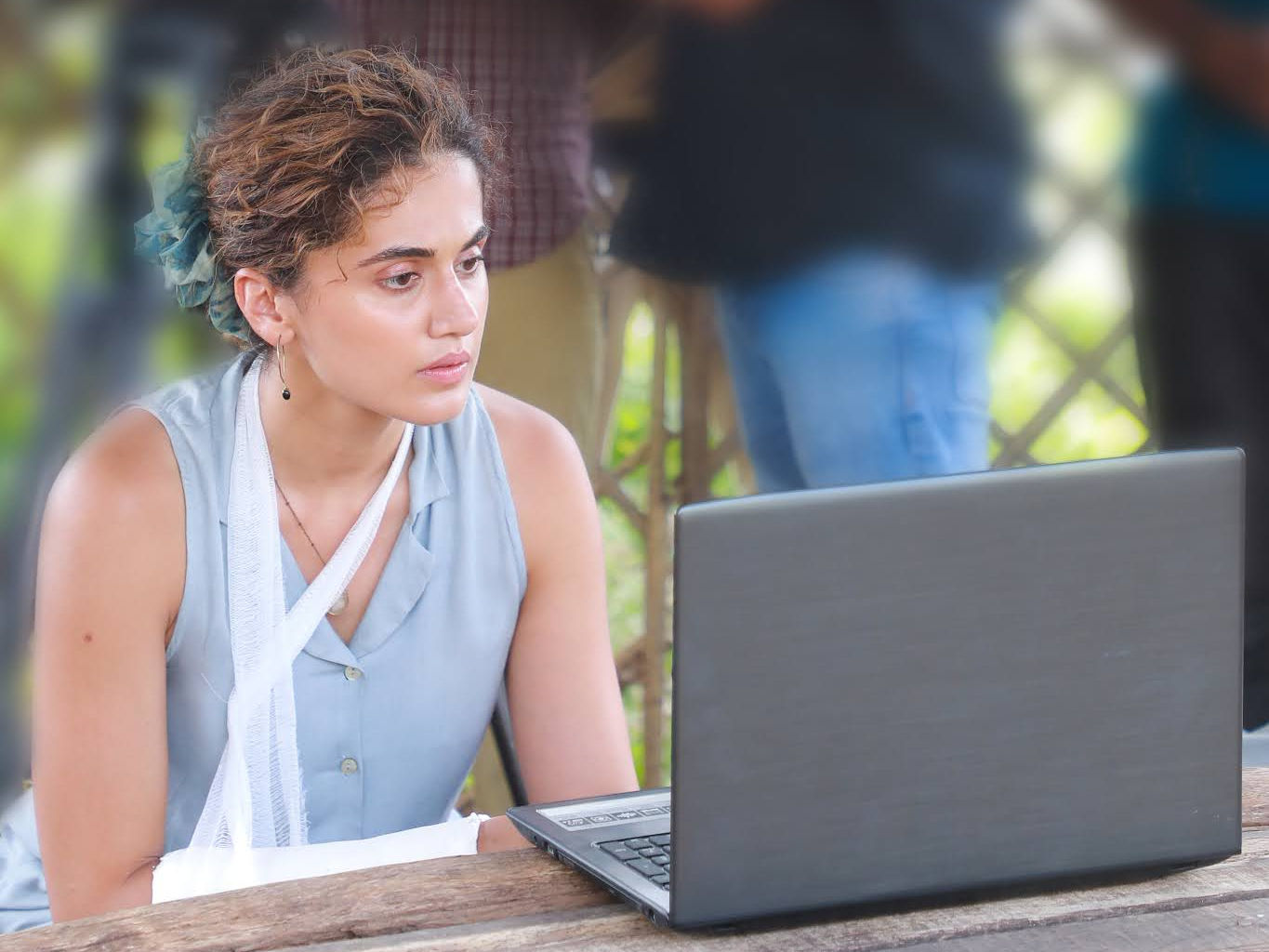 Titled Mission Impossible, it is a very distinctive subject. Some time back the film’s theme poster got tremendous response and the makers have come up with an interesting update.

Actress Taapsee Pannu who is busy with various exciting Bollywood projects and was last seen on Telugu screen in the super hit Anando Brahma in 2017 is making her comeback to Tollywood with Mishan Impossible where she plays the lead role. The actress was on a lookout for a perfect script for her comeback in Telugu and she finally finds one in Mission Impossible.

Taapsee has joined the team today. Welcoming the actress on to the sets, the team has released a working still where Taapsee can be seen with a broken hand. She looks anxious, as she watches something on laptop.

Taapsee is very much excited to be part of the project. “In last 7 years I’ve always been on a lookout to be part of the stories I want to see myself as an audience. Movies that I will spend my time and money on. And Mission Impossible is one of them. Impressive storyline and a good team like Matinee backing it is most important to me when I choose a film. I want to reaffirm the trust the audience has in me for choosing quality films and I’m doing exactly that by becoming a part of a movie like this,” says she.

Niranjan Reddy and Anvesh Reddy are producing the film, while N M Pasha is the Associate Producer. The film has cinematography handled by Deepak Yeragara and music scored by Mark K Robin. Ravi Teja Girijala is the editor. 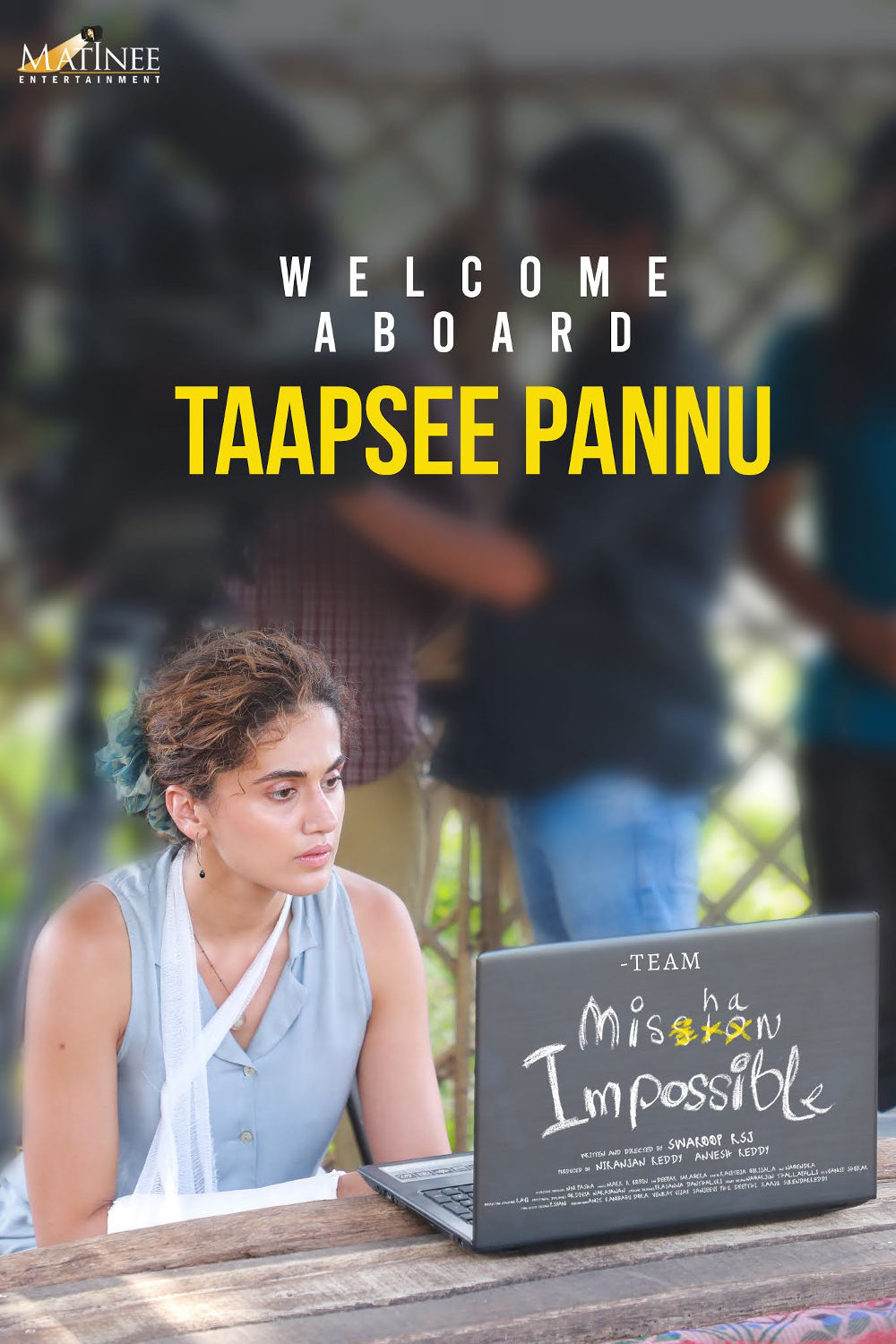