Macho hero Gopichand’s sports drama with director Sampath Nandi ‘Seetimaarr’ has been delayed. Confirming the same the makers made an official statement that the film is not releasing as per earlier announced date i.e, on April 2nd. 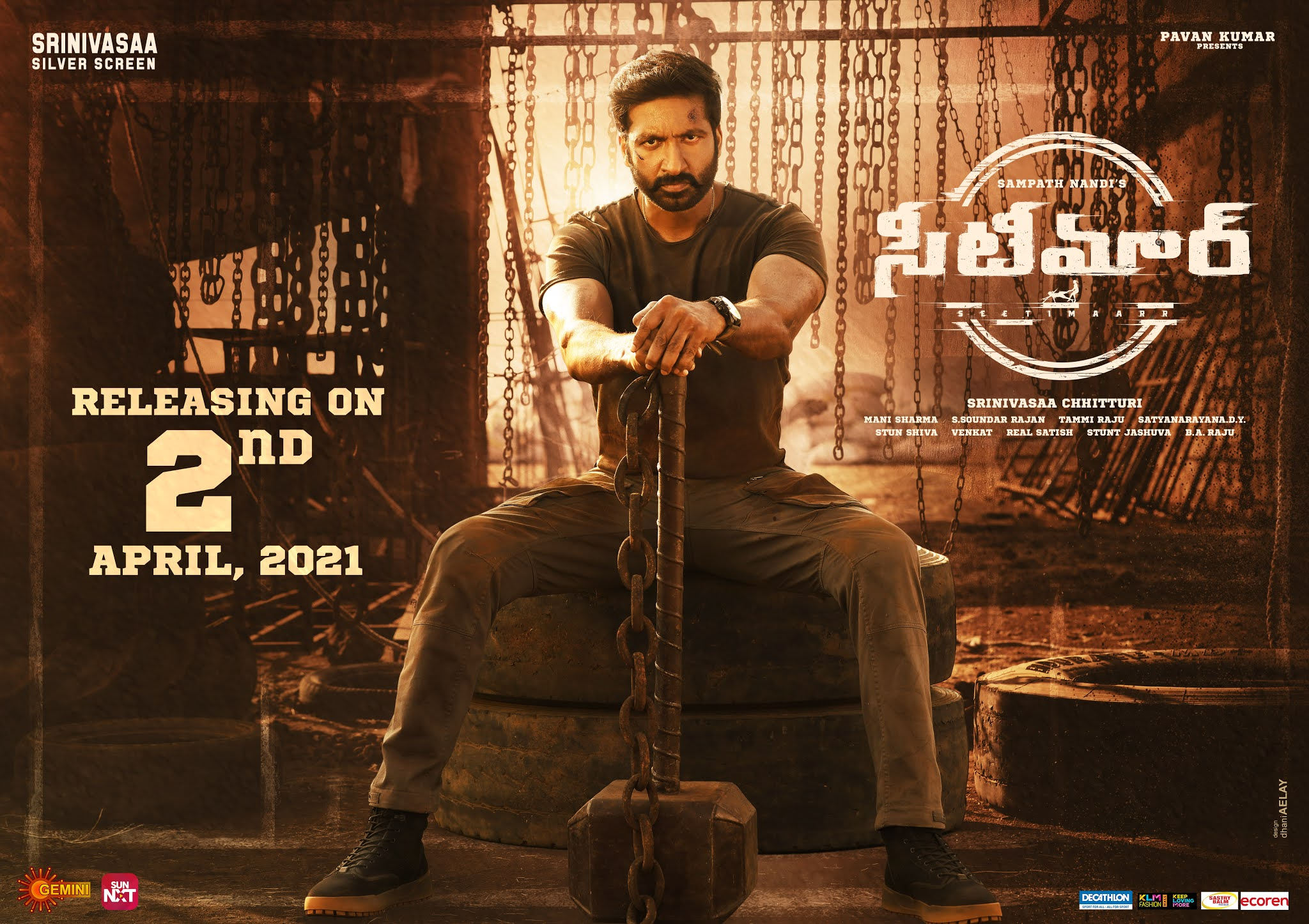 Citing the delay in post-production works, ‘Seetimaarr’ release has been pushed but the new date is not announced yet. The makers will take a call on the new release date soon and make it officially.

‘Seetimaarr’ is based on Kabaddi and Gopichand is essaying the role of a coach. The film stars Milky Beauty Tamannaah Bhatia and co-stars Rao Ramesh, Bhumika Chawla, Digangana Suryavanshi and others in supporting roles.

The teaser and songs have garnered decent response.

Mani Sharma is the music composer of ‘Seetimaarr’ while Soundar Rajan handled the cinematography.

Srinivasaa Chhitturi has produced the movie under SS Screens banner.