SuperHit films Producer Srinivasaa Chhitturi is Producing ‘Black Rose’ as Production No:4 in Srinivasaa Silver Screen banner Presented by Pavan Kumar. This film is being made as a bilingual in Telugu and Hindi languages. ‘Black Rose’ is created by Mass Director Sampath Nandi while Mohan Bharadwaj is Directing it. ‘Black Rose’ is a female-oriented emotional thriller which is based on a character named Shylock from Shakespeare’s ‘Merchant Of Venice.’ It also deals with the point “Transactions Which Have No Conscience or Morals… Are Indicators Of Death” from Kautilya’s ‘Arthashastra.’ ‘Black Rose’ was shot simultaneously in Telugu and Hindi languages in a single schedule and is ready to release. 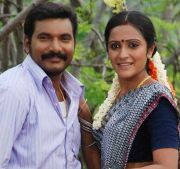