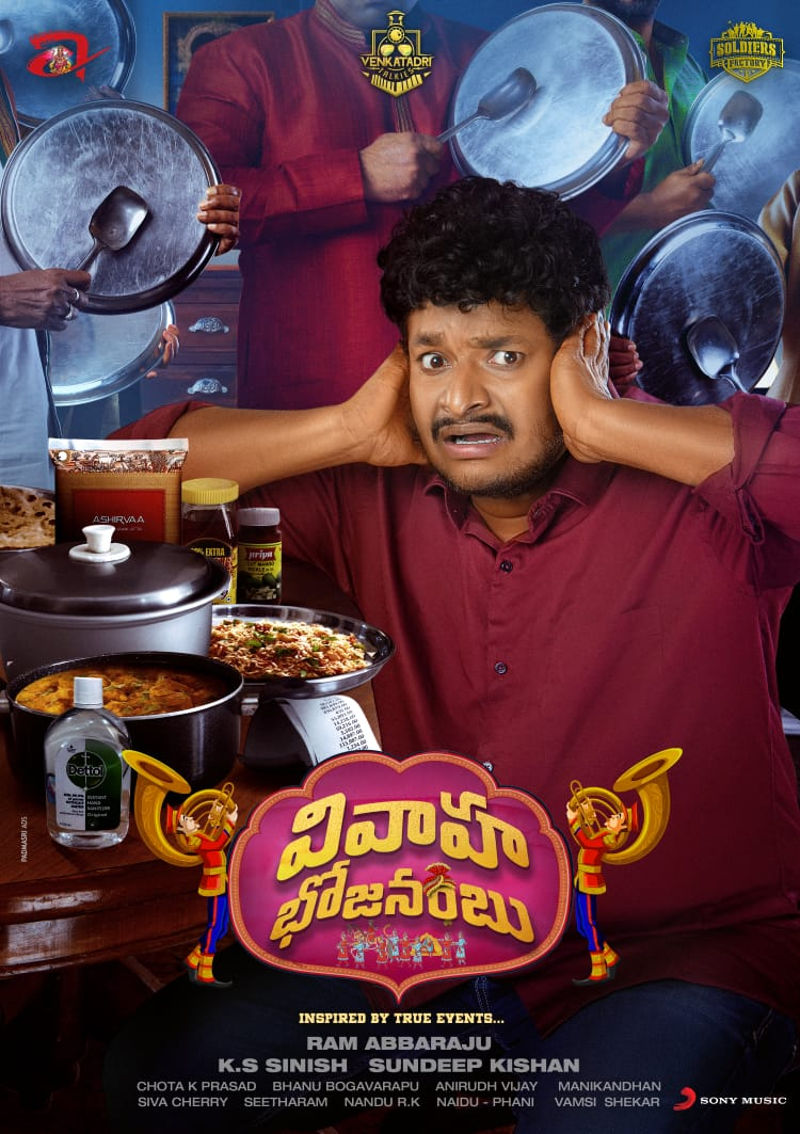 Talented comedy actor Satya headlines the cast of ‘Vivaha Bhojanambu’, an entertainer that has Aarjavee Raj as the heroine, the film is produced by Anandi Arts, Soldiers Factory, and Venkatadri Talkies. KS Sinish and actor Sundeep Kishan are producing it. Directed by Ram Abbaraju, the film has Sundeep Kishan in a special role. His character’s name is Nellore Prabha. Its teaser was released on Friday.

Going by the teaser, the film comes across as a hilarious and fun-filled entertainer telling the story of a desperate man who gets married in the times of coronavirus. The rib-tickling situations suggest that the film has no dearth of comedy. The film is inspired by some true incidents.

Coming to the story, Mahesh (Satya) is a stingy fellow who refrains from paying even a parking fee and from treating his friends on his birthday. Thanks to coronavirus-related restrictions, he gets married with just 30 guests in attendance. But his actual travails begin only then. With pandemic protocols continuing to be in place, what kind of problems Mahesh faces after his wedding is the crux of the film. The makers say that Sundeep Kishan’s special appearance will stand out, besides Satya’s performance.