Cinematographer KV Guhan after delivering a SuperHit ‘118’ as his first directorial is now coming with a different Thriller titled ‘WWW’ (Who.. Where.. Why..) as his second film. Adith Arun and Shivani Rajashekar are playing the lead roles. Dr. Ravi P. Raju Datla is bankrolling this film under Ramantra Creations banner. The film has completed its shooting part and is currently undergoing it’s post production works.Pre Look Poster of the film is Unveiled by Daring Hero Nandamuri Kalyanram.

Daring Hero Nandamuri KalyanRam says, ” Guhan Garu is a very big technician. I am very glad that his journey as a Director has started with my ‘118’ film. He gave me a memorable hit in my career. He is very close to me. I always heartfully wish him success in whatever he does. I not only feel happy but responsible to release the Pre Look Poster of Guhan gari directorial ‘WWW’. I know the story of the film. It is very good. I believe it will become a big success.”

Director KV Guhan says, ” I wanted Kalyanram Garu who believed in me and gave me my first film as a Director to be associated for my second film too as a sentiment. That’s why I wanted him to release the Pre look Poster of my second film ‘WWW’. Thanks to him for sparing time for me in his busy schedule.”

Producer Dr. Ravi P. Raju Datla says, ” I feel Kalyanram Garu releasing title logo of our first film in our Ramantra Creations banner as a very good sign. Guhan Garu made this film superbly. I am 100% sure that this film will thrill audience. This will become a trendsetter among Thrillers.”

Hero Adith Arun says, ” I am very happy that Nandamuri Kalyanram who hails from Nandamuri family which is known for ‘Acting’ has released the title logo of our film. I am always indebted to him. Guhan Garu is giving a turning point for my career. The Film will definitely become a SuperHit.” 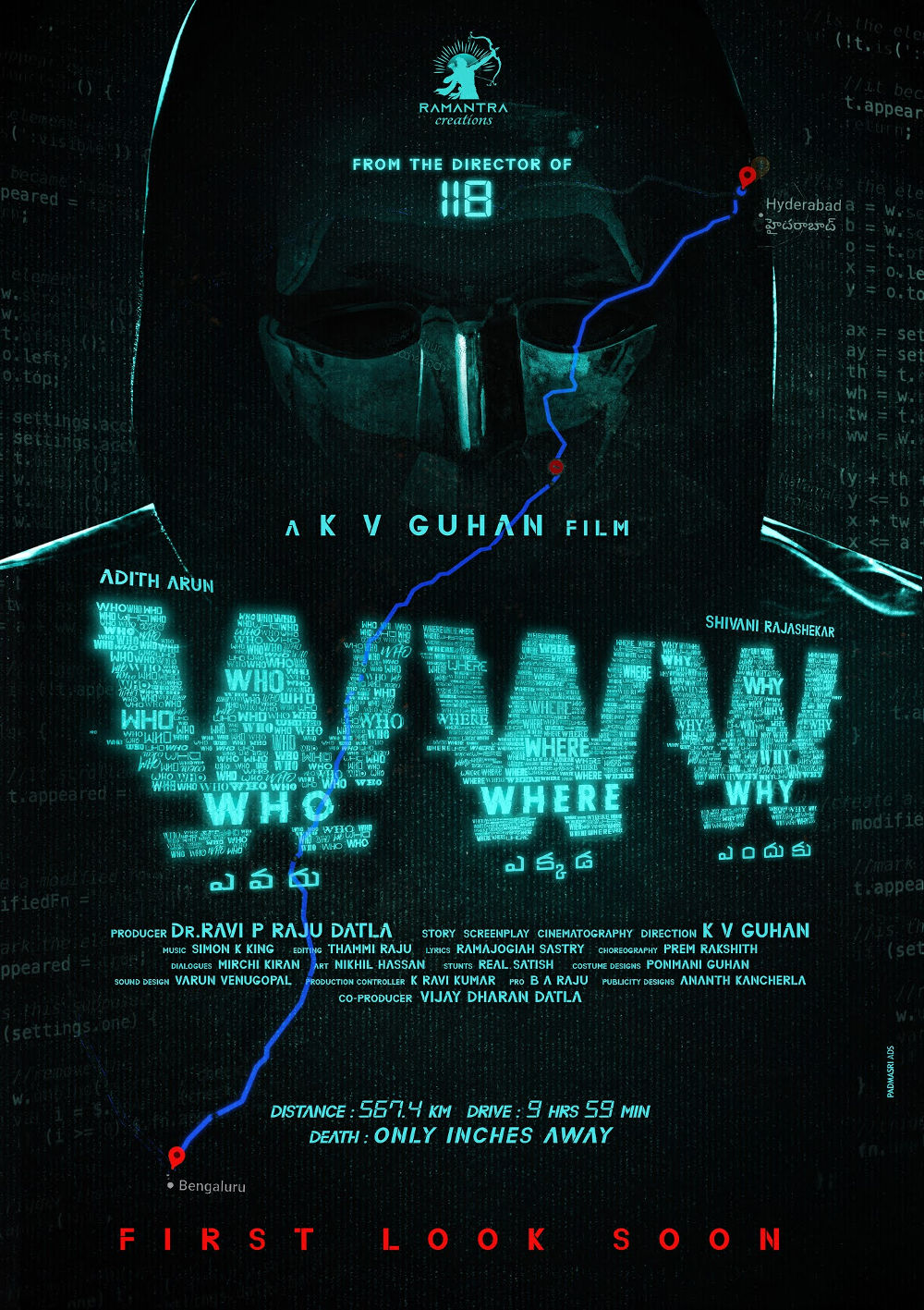 Heroine Shivani Rajashekar says, ” Kalyanram Garu is very close to my family. I am very happy that the title logo of our film is launched by him. Now my confidence on the film boosted further with the wishes from Kalyanram Garu. I am very lucky to do a thrilling character in Guhan gari Direction.”

Co-Producer Vijay Dharan Datla says, ” I am very happy that a very good hearted person like Kalyanram Garu launching the title logo of our film. This film will become a big hit for sure.”

Arun Adith and Shivani Rajashekar will be seen as the lead pair.

Rama Krishna & Monica On Board For Devil Movie