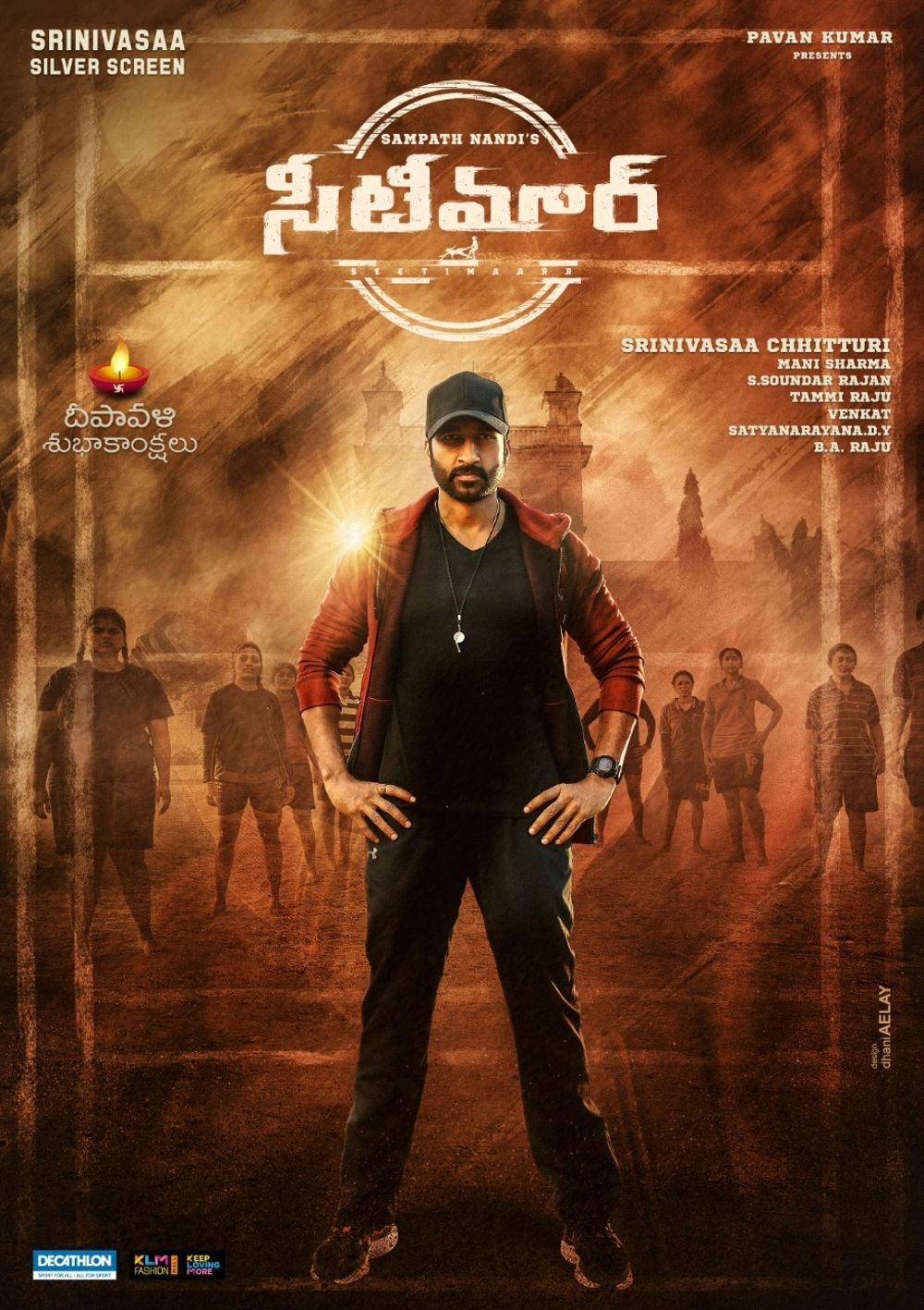 Actor Gopichand’s latest film ‘Seetimaarr’.. Directed by Sampath Nandi. Presented by Pavan Kumar and Produced by Srinivasaa Chhitturi under Srinivasaa Silver Screen banner. This Sports based film with a backdrop of mass game Kabaddi has completed three schedules before the lockdown. The shoot has been halted due to lockdown. The film unit announced that the shoot of the film will resume from November 23 and will finish it in a continuous single schedule. On this occasion…

Producer Srinivasaa Chhitturi said, ” We have completed 60% of the film even before the lockdown in three schedules we shot at Rajahmundry, Hyderabad and RFC. The shoot will resume from November 23 and we are planning to complete it in a single schedule. ‘Seetimaarr’ is the highest budget film in Hero Gopichand’s career which is being made as a very big commercial film. This is an emotional rollercoaster ride in sports backdrop. Every scene will be heart touching. Sampath Nandi garu is making this film with high technical values in a prestigious manner in our Srinivasaa Silver Screen banner. Mani Sharma garu has composed terrific songs. We will complete the shoot as early as possible and bring ‘Seetimaarr’ to fans of Gopichand who are eagerly waiting for the film.”

Mass Director Sampath Nandi said, ” After a long warm-up, solid stretches, power-packed practice… Everyone is set, fit, fab and back to do what we love the most with extra care and zeal. Whistle blows from November 23rd.”