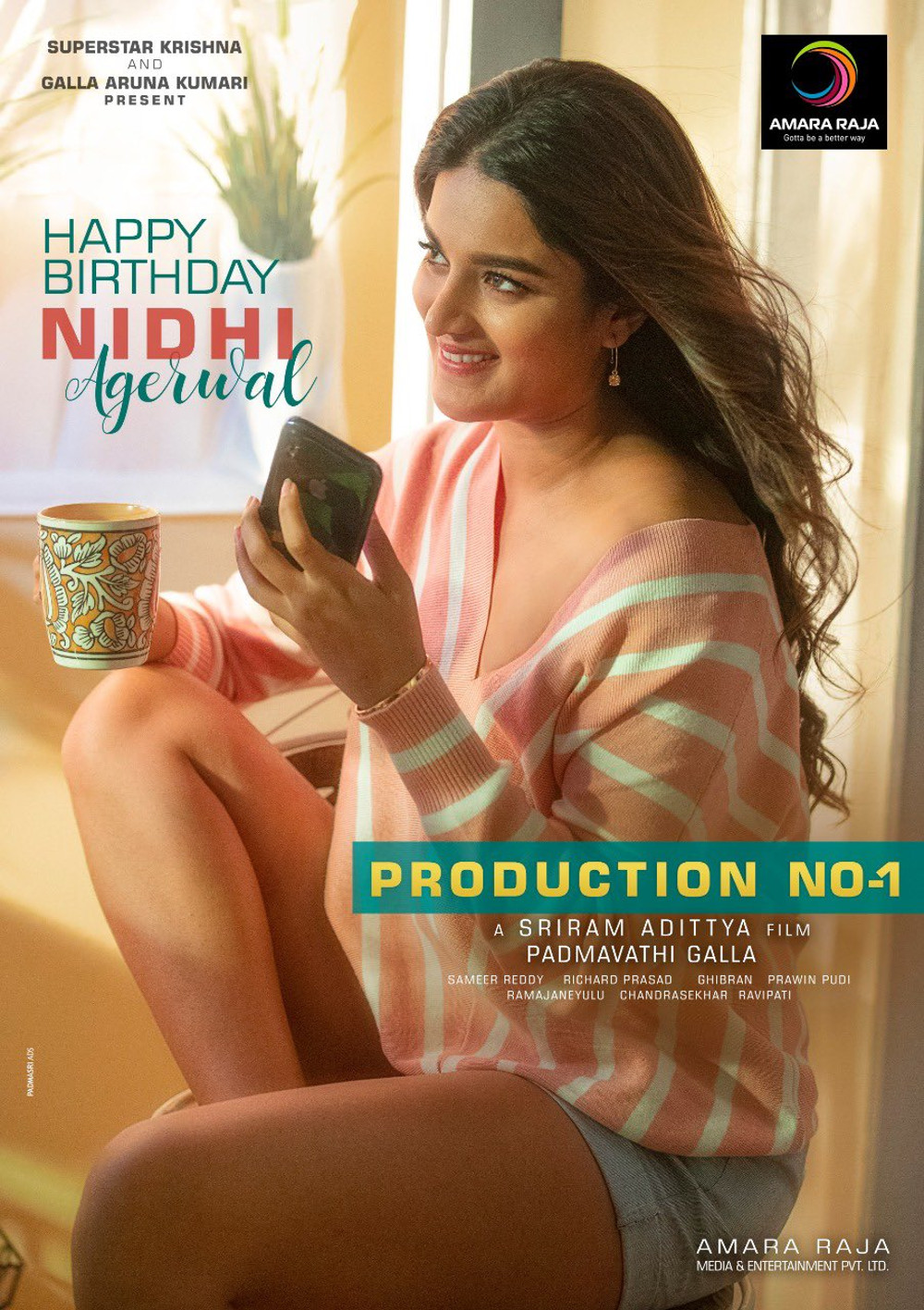 Nidhi Agerwal appears gorgeous and elegant in stylish outfit with bright smile in her face. She plays Ashok Galla’s love interest in the film being helmed by Sriram Adittya.

A special video, remix of Krishna’s super hit song Jumbare from Yamaleela, was released on superstar’s birthday and it got remarkable response.

The yet to be titled film is touted to be a different entertainer. Jagapathi Babu plays a vital role and Naresh, Satya, Archana Soundarya will be seen in supporting roles.

Ghibran composes music for the film while Richard Prasad cranks the camera.
Padmavathi Galla is producing the movie under Amara Raja Media & Entertainment banner, while Chandra Sekhar Ravipati is the Executive Producer.

The film has completed 60 percent of the shoot so far.