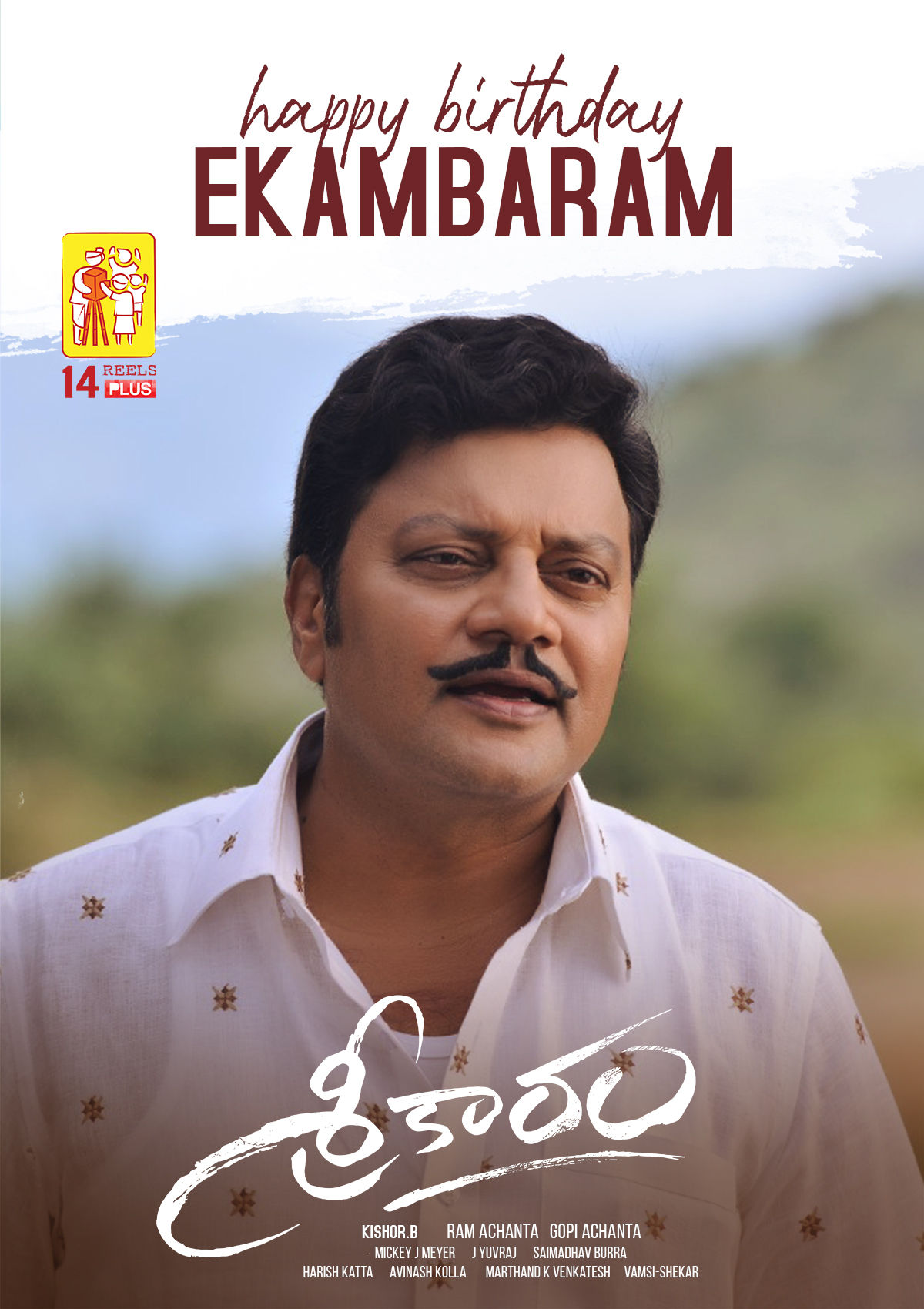 Sharwanand’s latest flick Sreekaram is in last leg of shooting. Priyanka Arul Mohan is the leading lady in the family entertainer being directed by Kishore B.

Today, on the eve of Dialogue King Sai Kumar’s birthday, the makers released his look in the film with the poster.

Sai Kumar’s character name is Ekambaram and he will be seen in a vital role in the film.

The film’s first look poster and a special teaser released on Sharwanand’s birthday got exceptional response.

Sreekaram is produced by Ram Achanta and Gopi Achanta of 14 Reels Plus Banner. This is production no 2 for them after the blockbuster of Gaddalakonda Ganesh.

Mickey J Meyer who gave wonderful tunes for Gaddalakonda Ganesh is working for Sreekaram as well. J Yuvraj is handing cinematography while dialogues are penned by Sai Madhav Burra.