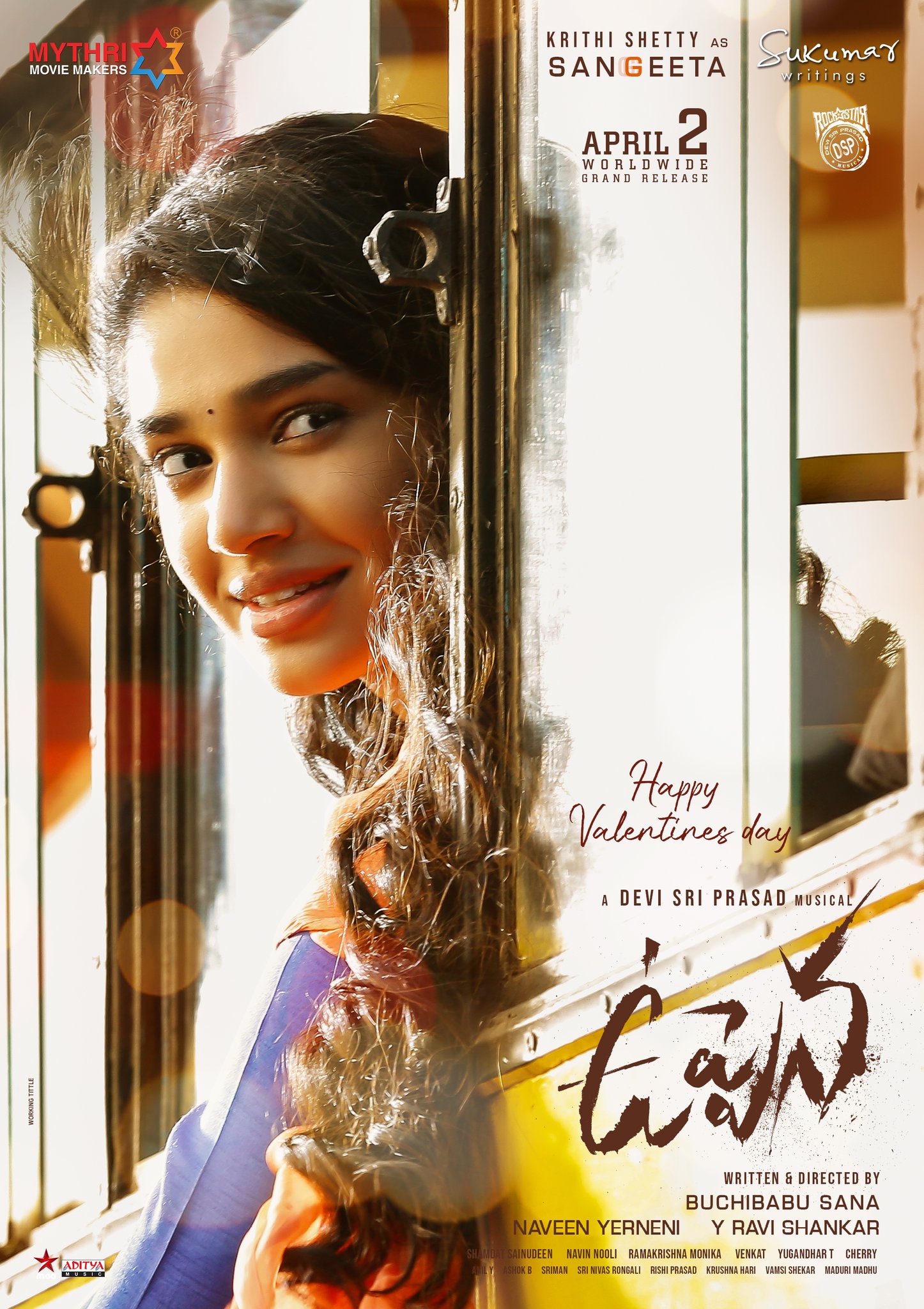 After impressing with pre-look posters of hero Vaisshnav Tej and heroine Krithi Shetty, the makers of Uppena have today released first look posters of the lead pair on the eve of Valentine’s Day.

Buchi Babu Sana who worked as associate to legendary director Sukumar makes his directorial debut with Uppena. New girl Krithi Shetty is also making her debut with this film which is scheduled for release on April 2nd. 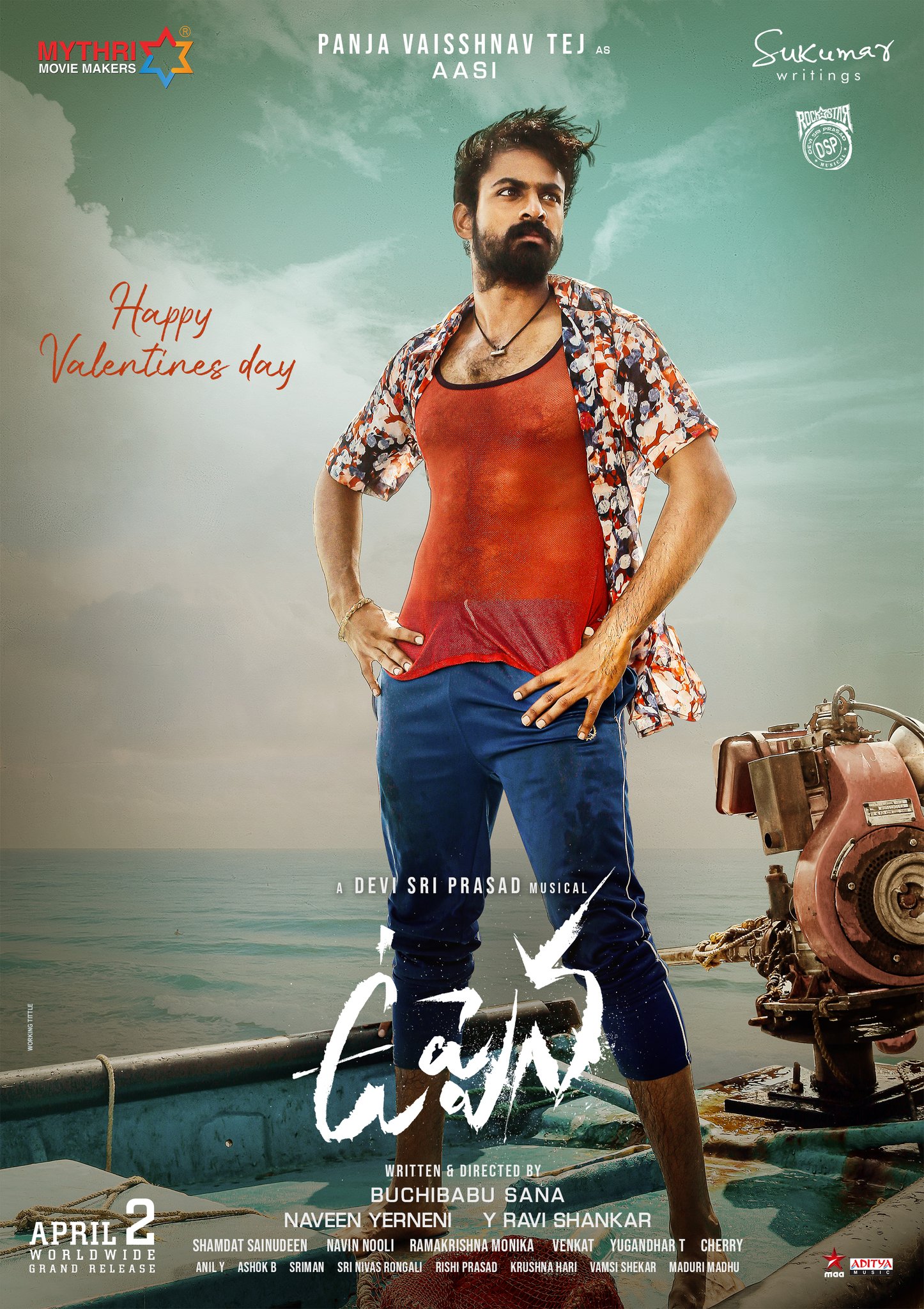