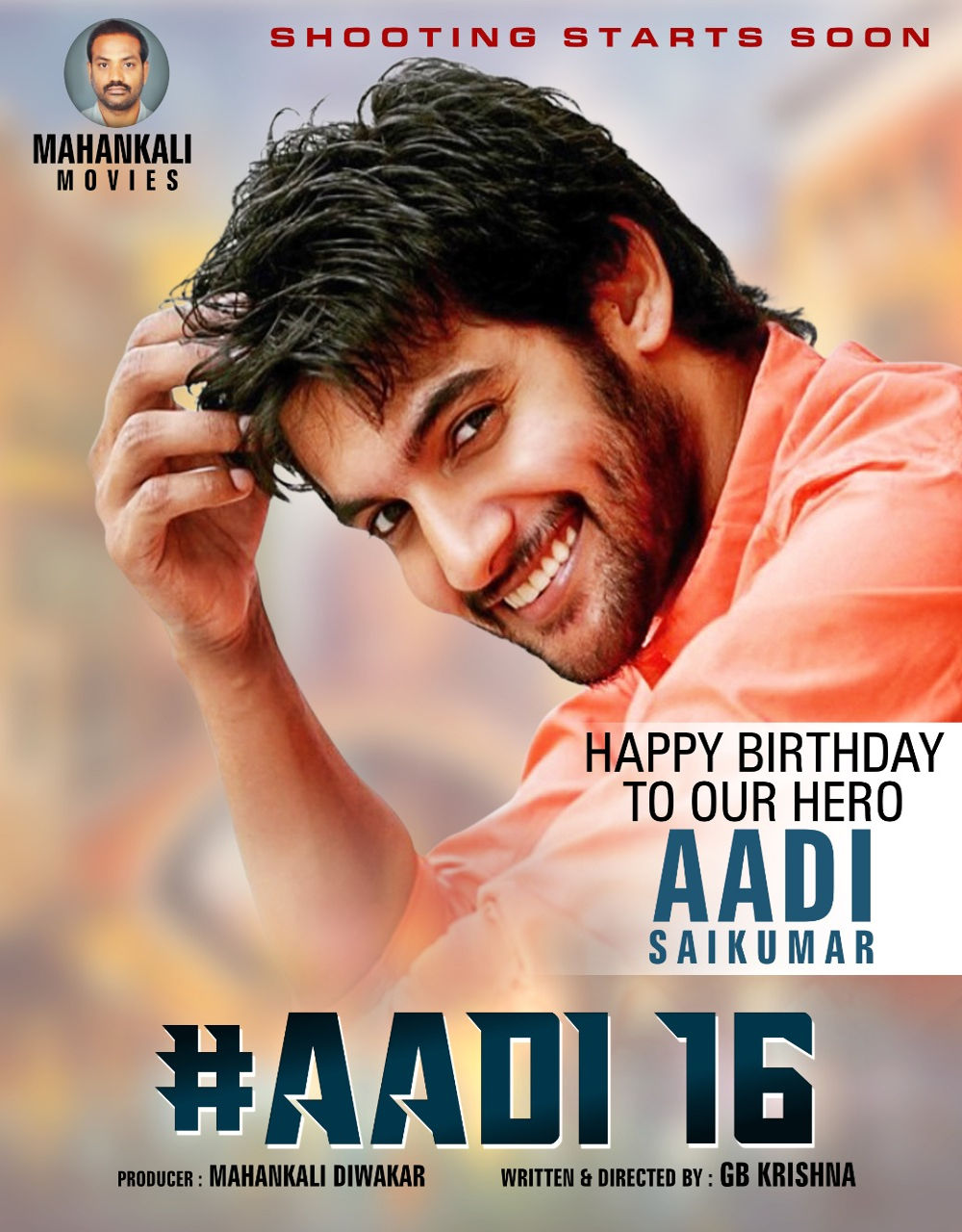 Actor Aadi Saikumar next project has been launched. This film will be bankrolled by Mahankali Diwakar on Mahankali Creations banner. GB Krishna who previously worked with Puri Jagannadh will be directing this film. Aadi liked the subject and gave his nod to the project immediately.

This film is said to be a suspense thriller which will commence shoot from January next year. It will present Aadi in a new avatar. The entire shoot will be wrapped up in a single schedule and the film will readied for summer 2020 release. The producer Mahankali Diwakar said they are planning on shooting this film on a big scale. More details about the lead star cast and the technical team will be out in coming days.