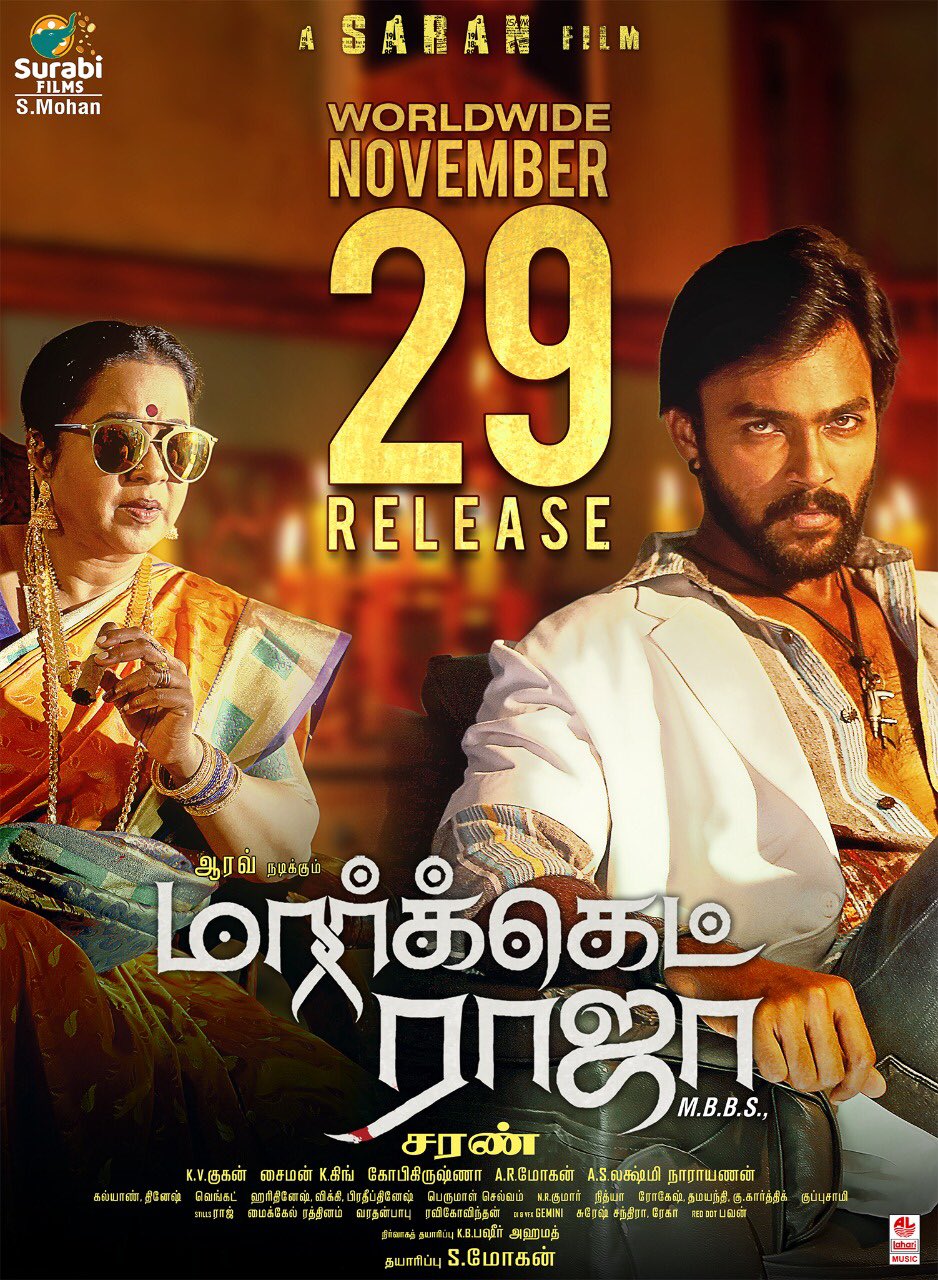 Filmmaker Saran’s movies have always remained synonymous to unlimited entertainment and they give an appeal of freshness every time, we watch it. Apparently, with the songs and trailer of his upcoming film ‘Market Raja MBBS’ starring Arav and Kavya Thapar in lead roles gaining big response, it is all set to enthrall the audiences in cinema halls from November 29, 2019.

Sharing the news, producer S. Mohan of Surabi Films says, “Finally, we are delighted to make an announcement on the film’s release for November 29. Apart from being a producer, I thoroughly enjoyed watching the film as director Saran never missed to entertain. In fact, Market Raja MBBS happens to be an upgraded version of Saran for he has adapted himself to the mantra of catering the tastes of contemporary audiences without missing his trademark style. I can assure that audiences will have an enjoyable experience from beginning till end. Arav has given an impeccable performance and sometimes, he surprised us by showcasing different dimensions at the same time. He will be seen in two different shades that has its own body language, mannerisms and expressions. There were times, when they had to be shot on the same day back to back and he effortlessly delivered them with perfection.”