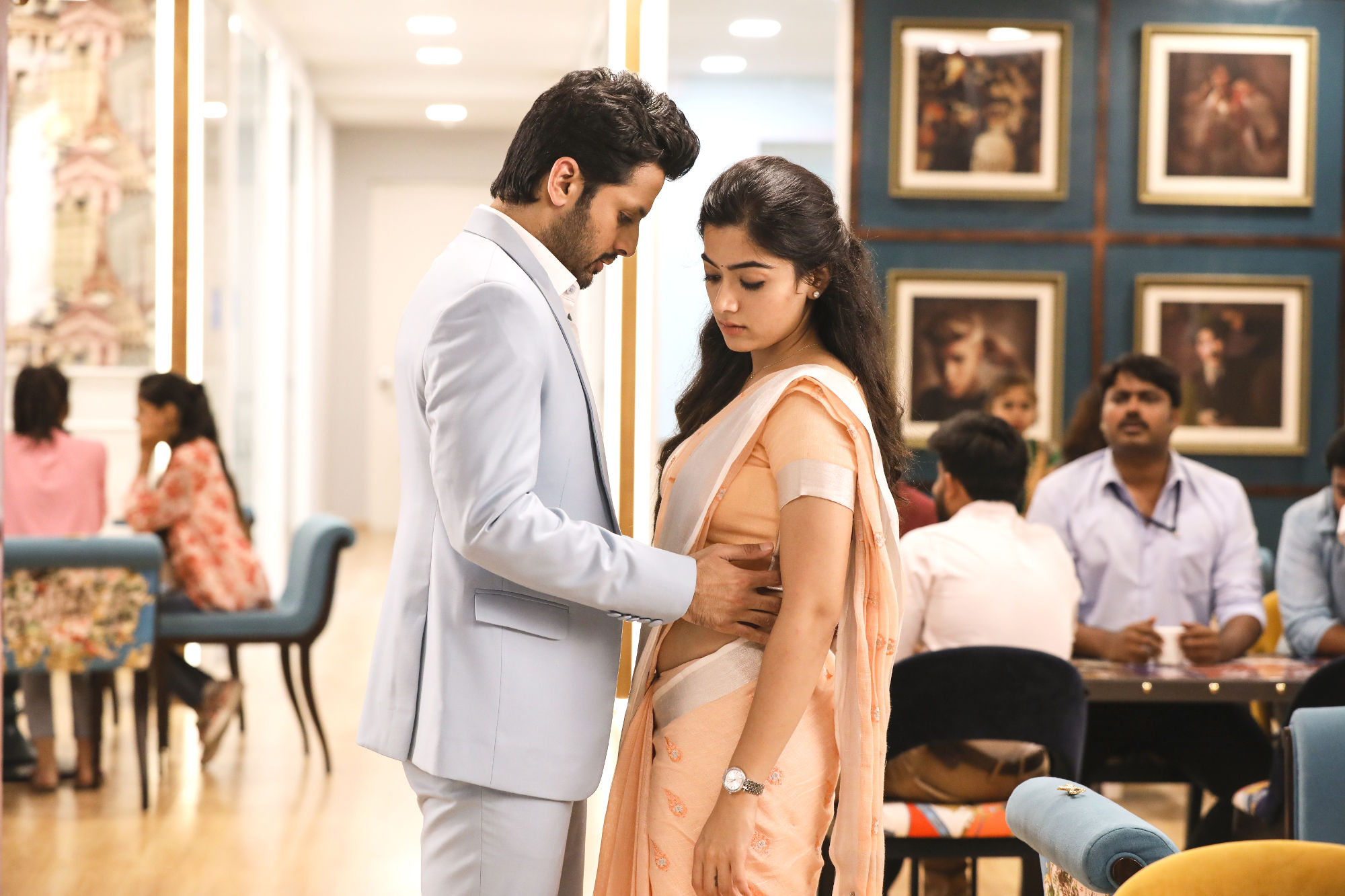 Recently film crew had wrapped up rajahmundry schedule, and planning to shoot key scenes with major cast in and around Hyderabad. Movie is going to hit the screens on 21st February 2020.

Director Venky Kudumula said “We released the first glimpse of our movie on the occasion of Trivikram garu’s birthday who is my guru . We are really happy with the response for first glimpse and the first look posters which we released on diwali. we are receiving a lot of calls and messages from well wishers and fans saying both Nithiin and Rashmika pair looking so cute and fresh. We are really happy the way the first glimpse going viral on social media platforms. We are treating Story, screenplay, Scenes, Dialogues in a unique manner. Audience will get connected to nithiin and rashmika character instantly. This film is a romantic entertainer with lots of fun elements.”