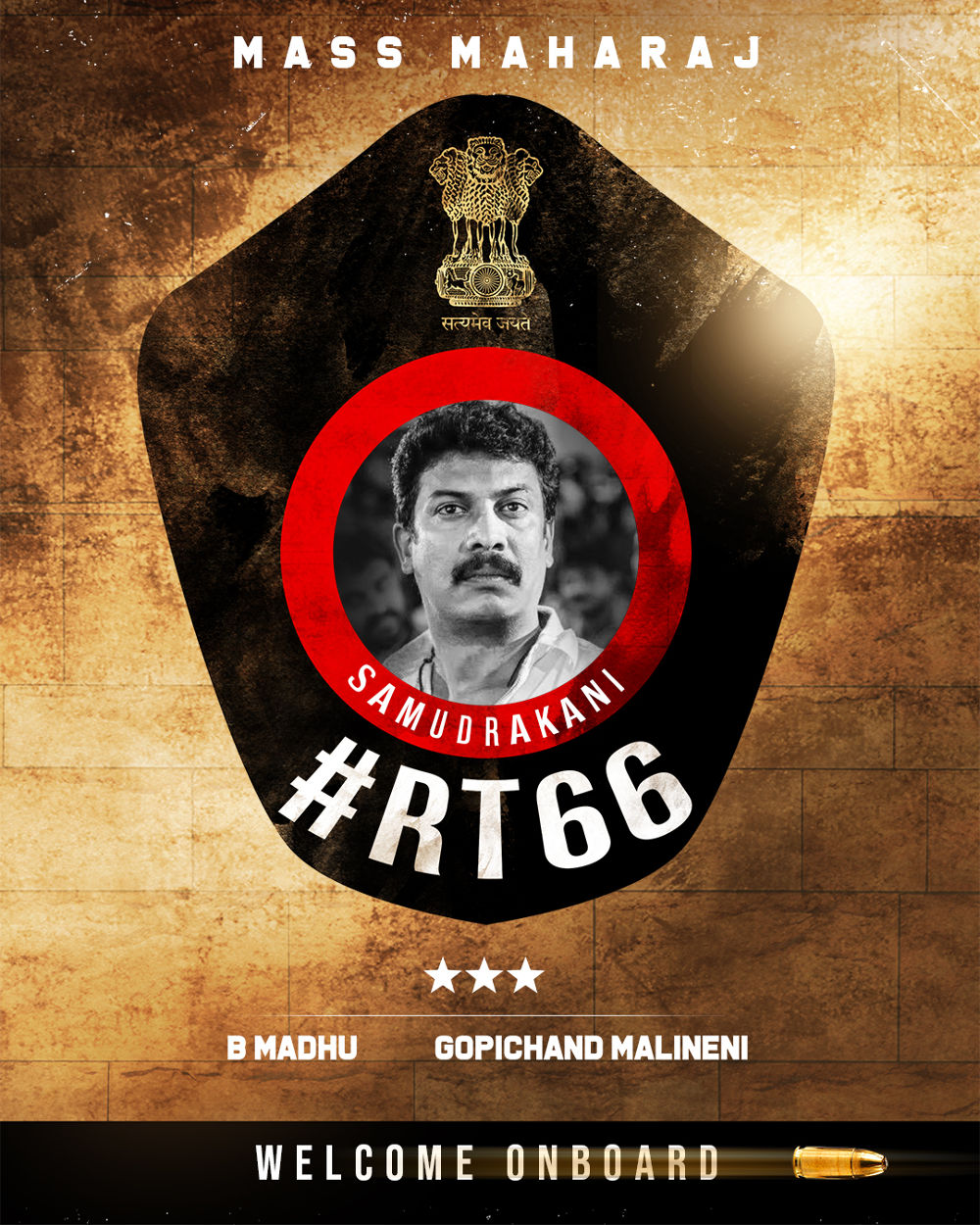 This new film #RT66 is a powerful police drama written by the director himself. The makers are confirming one after the another cast and crew.

A few days back, Shruti Haasan is signed for the female lead role and recently sensational music composer Thaman is on board for music.

Samuthirakani will be seen in an important role in the plot but the details are not revealed.
To be produced by ‘Tagore’ Madhu, #RT66 is going to have a launch some time in this month