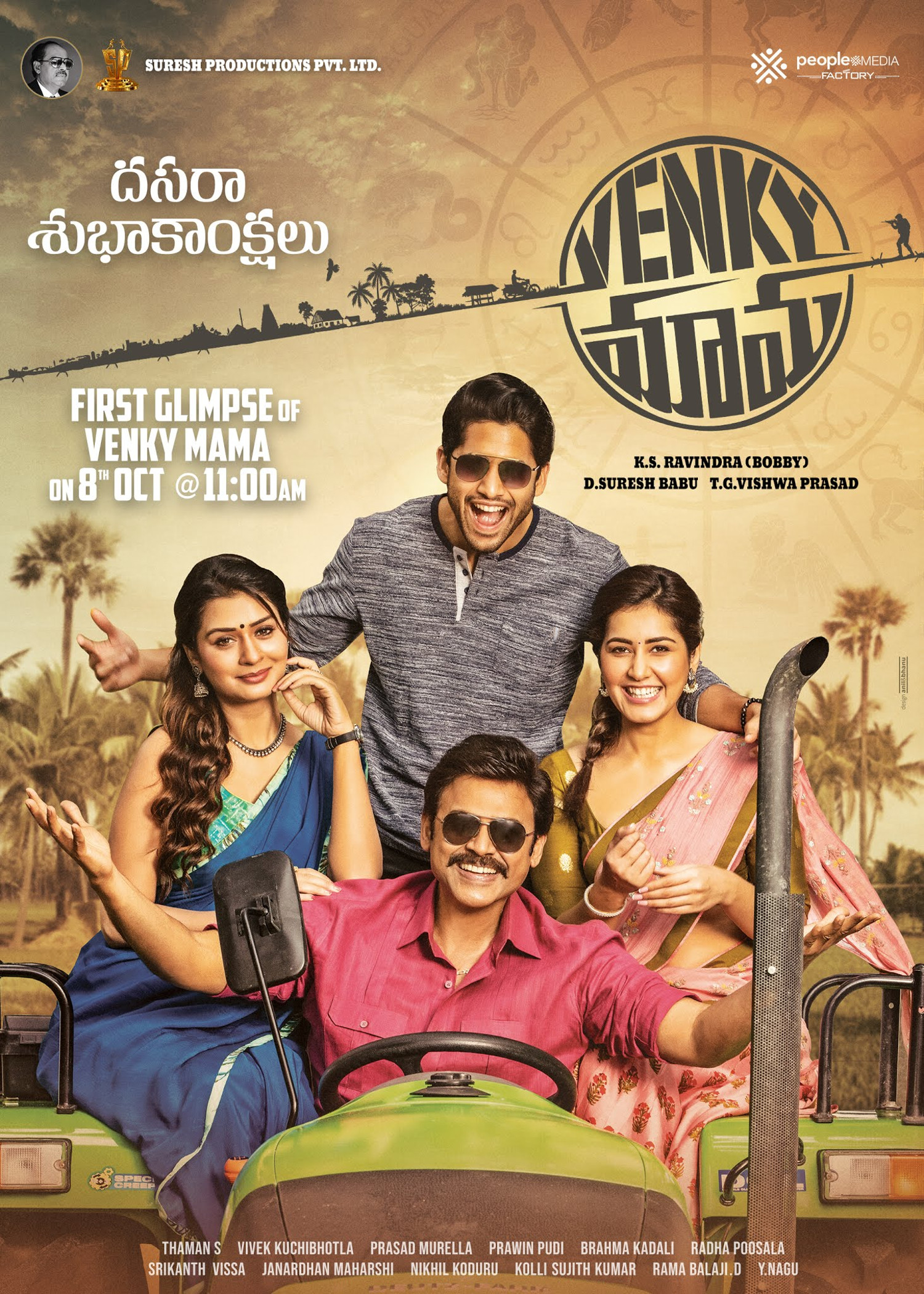 ‘Venky Mama’ starring Venkatesh and Naga Chaitanya in the male lead roles is gearing up for its first glimpse launch tomorrow. Announcing it, the makers released a poster and also wished the Telugu audiences, a happy Dussehra.

The poster has Venkatesh and Naga Chaitanya with the heroines Paayal Rajput and Raashi Khanna. All of them are taking a ride on a tractor and the poster is colorful.

Coming to the movie, the shooting is going on in Ramoji Film City. A song is being filmed in a big set.

KS Ravindra (Bobby) is directing ‘Venky Mama’ while Thaman is composing music. Cinematography is being handled by Prasad Murella.