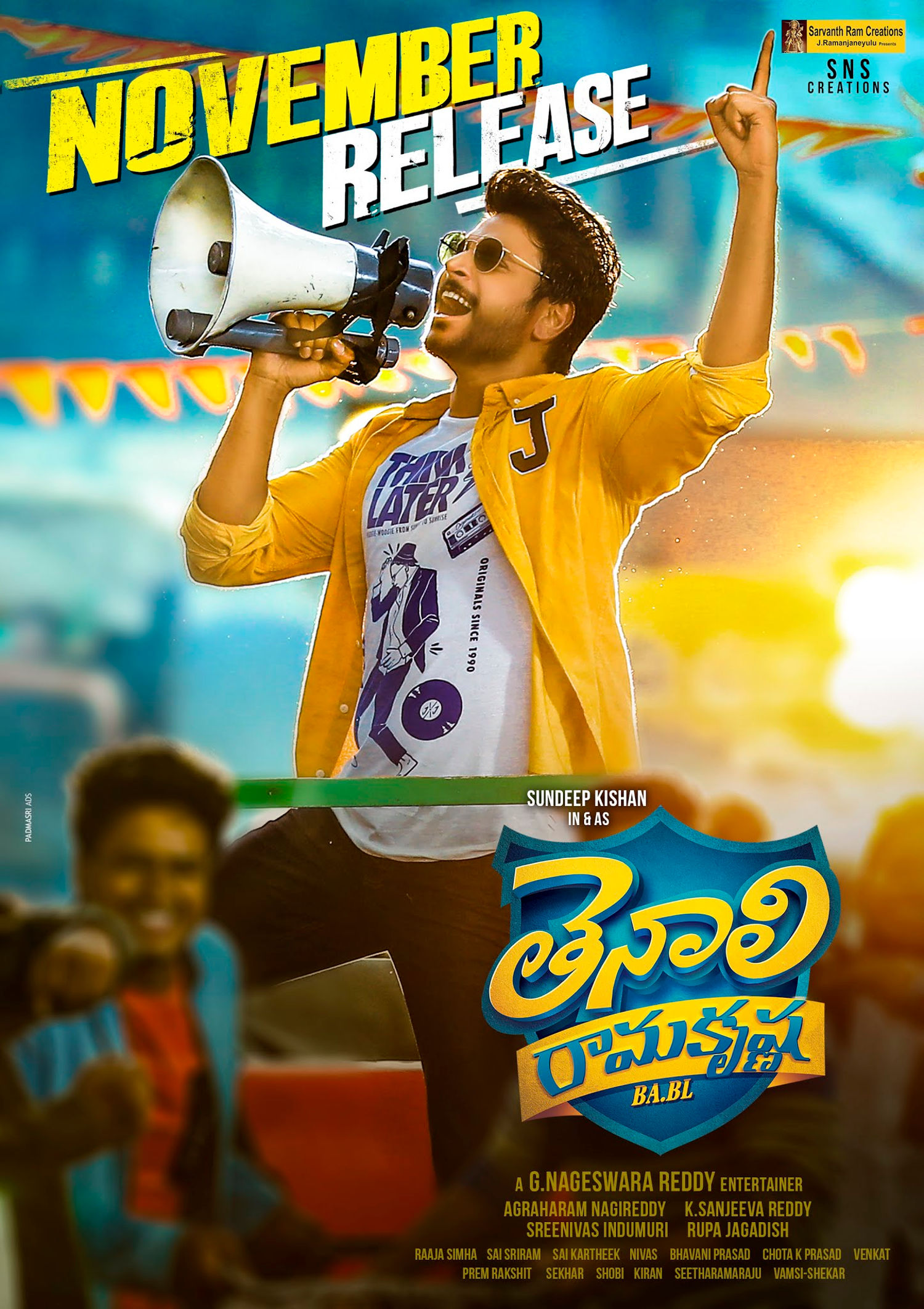 Hero Sundeep Kishan’s upcoming movie ‘Tenali Ramakrishna BA BL’ has completed the shooting and the makers are planning to release the film in November.

Being directed by G Nageswara Reddy, this is an out and out entertainer. Milky beauty Hansika is romancing Sundeep Kishan in the movie.

Tamil actress Varalaxmi Sarath Kumar is debuting in Telugu with this film while Murali Sharma, Brahmanandam, Vennela Kishore and others will be seen in supporting roles.

The post-production works are going on. ‘Tenali Ramakrishna BA BL’ has music of Sai Kartheek and cinematography by Sai Sriram. The first look and recently launched teaser have garnered good response.

Sri Neelakanteswara Swamy Creations banner is producing the movie and are planning to release in both Telugu and Tamil languages.