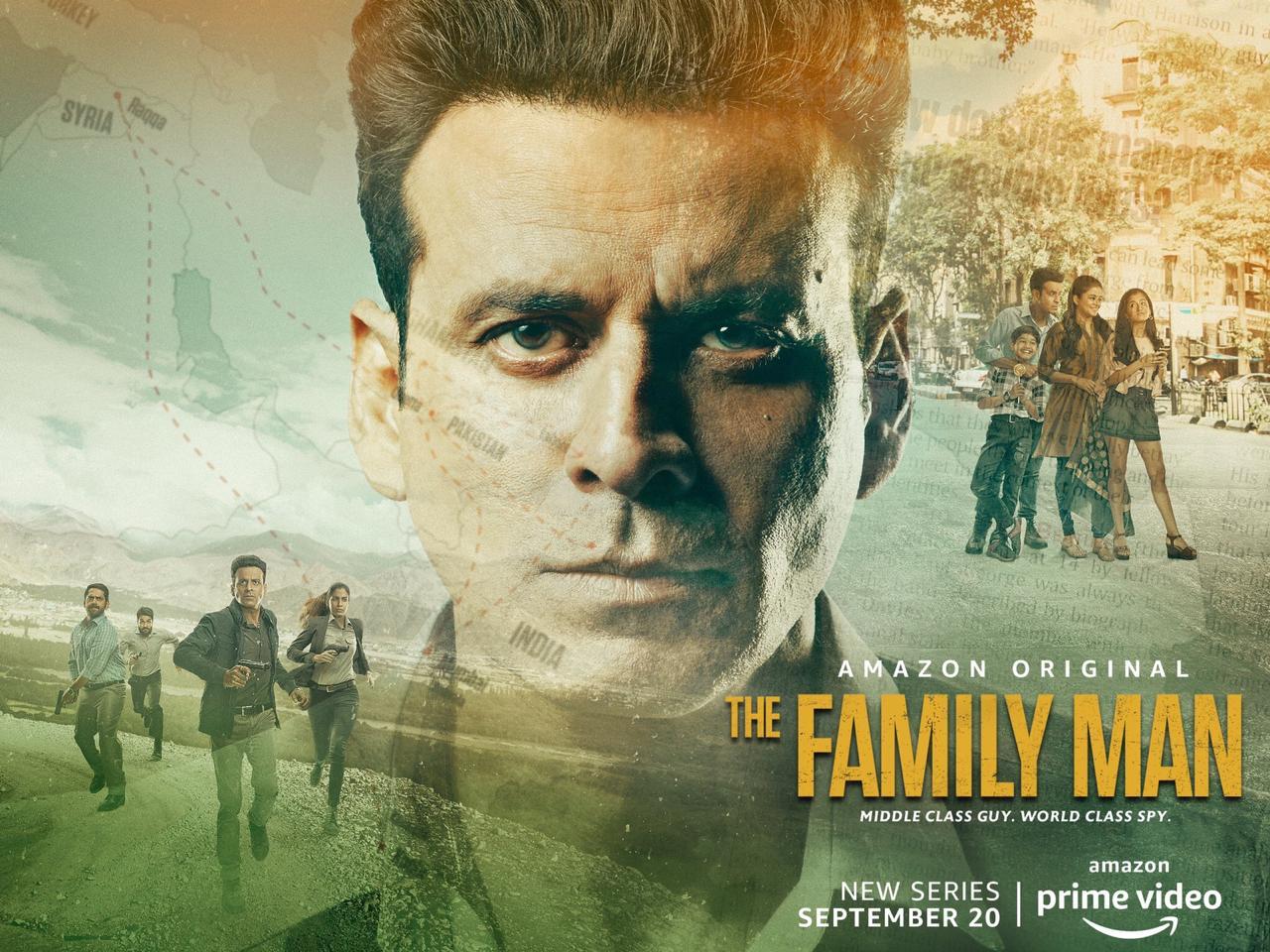 Amazon Prime – The Family Man Trailer Gets Trend. The trailer invites viewers to take a peek into the life of Srikant Tiwari, a middle-class guy, who is also a world-class spy. A drama-thriller, The Family Man follows the journey of Srikant Tiwari, a man who tries to strike a balance between the responsibilities of his family while working for a highly secretive special cell of the National Intelligence Agency, attempting to spot and prevent large-scale terror attacks on the country and its citizens. Marking creator duo Raj & DK’s (Raj Nidimoru & Krishna DK), digital debut, The Family Man is set to release on September 20, in Hindi, English, Tamil, Telugu, German, Japanese, French, Italian, Brazilian Portuguese, and Spanish, exclusively on Amazon Prime Video across 200 countries and territories.

Vijay Subramaniam, Director, Content, Amazon Prime Video India, said “With The Family Man, Amazon continues to bring distinctive and high quality storytelling to our audiences, reinforcing our commitment to being a home for talent, both in front of and behind the camera. The Family Man is a fast-paced drama-thriller that redefines mainstream viewing by bringing high-caliber creators such as Raj & DK along with an all-star cast including Manoj Bajpayee, Priyamani, Neeraj Madhav, Gul Panag, among others. The show seamlessly couples drama, action, thrill and surprisingly wry humor in a highly binge-worthy 10 episodes. Serious geo-politics forms the backdrop of the drama-thriller, taking The Family Man across the country, as he attempts to serve the nation. Viewers will also get deep insights into very relatable struggles of a Family Man, who attempts to balance both work and family.”

Raj & DK, Producers of the Amazon Original, The Family Man, through their production company, D2R Films said, “We have been wanting to get into long-form storytelling, and were waiting for the right platform. And we found an amazing partner in Amazon Prime! It has truly been a wonderful journey, the start of a new and exciting innings, creating our first show. With The Family Man, we tried a new genre and an approach both challenging and satisfying. We tried our take on geo-politics, blended it into an action-y thriller and added doses of quirky humour that is usually not associated with a serious genre like this. Loosely inspired by present-day events, it is a grounded take on the life of a middle-class guy who is also tasked with the job of fighting terrorism. The Family Man is an ode to the common man – his hopes, aspirations, responsibilities and troubles. In this case, he’s also pretty screwed – balancing family and saving the country.”

Synopsis: The trailer of Amazon Original Series, The Family Man gives us a glimpse into the life of a middle-class man (Srikant Tiwari) who works for a special cell of the National Investigation Agency. While he tries to protect the nation from terrorists, he also has to protect his family from the impact of his secretive, high-pressure, and low paying job.