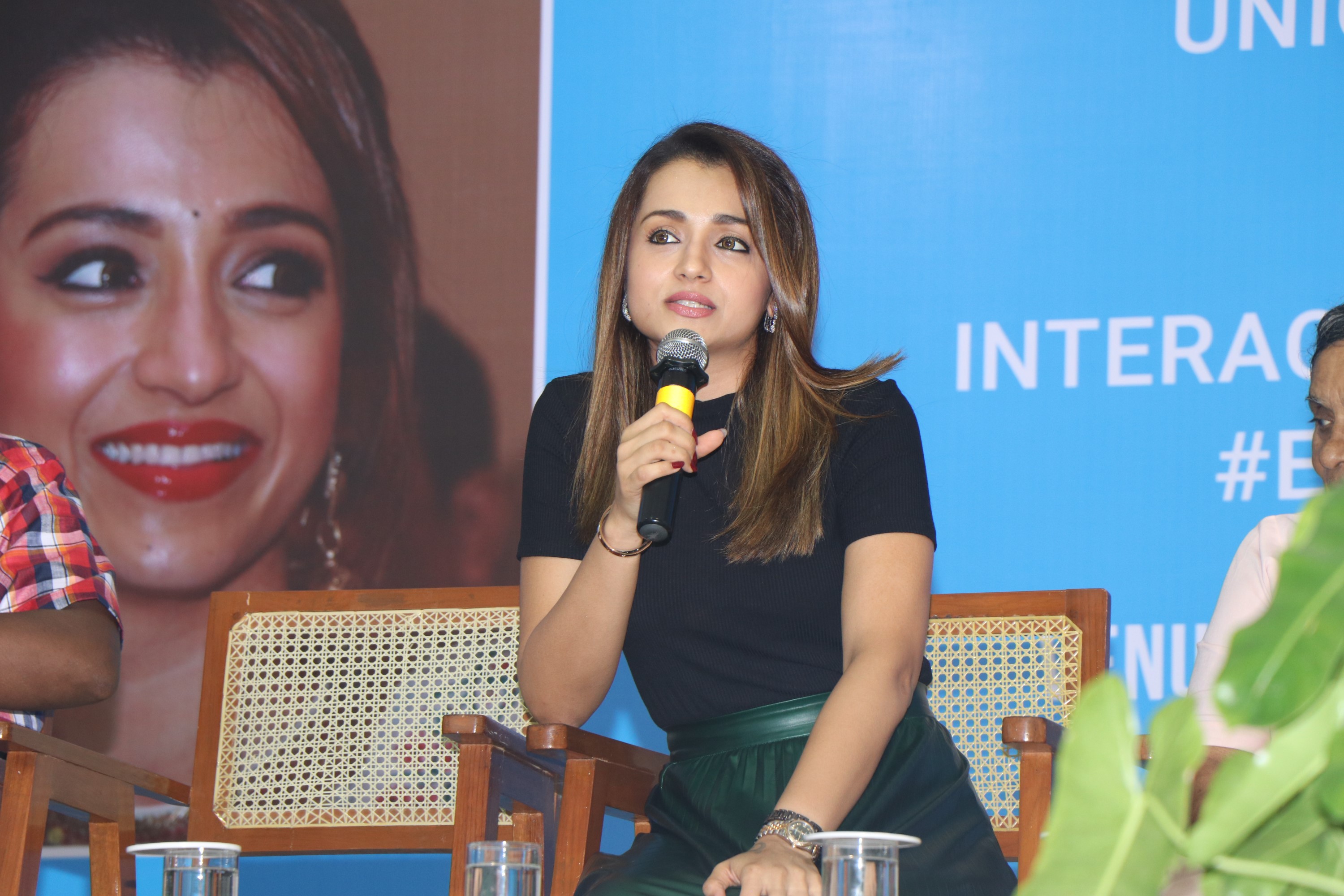 Speaking at the #ENDviolence Youth Talks, Trisha highlighted the increased number of cases registered under the POCSO between 2014 to 2016. “As per the NCRB 2016 report, the cases reported under the POCSO Act in 2014 was about 9,000, 2015 it was 15,000 and 2016 it has doubled to 36,000 cases.” She revealed the crimes and child rapes are committed by the person in position of trust and known to the child. “About 95% of the offenders of rape cases are known to the victim. This speaks of unsafe environment looming all around for our children.”

Trisha called upon the young people who are 40 percent of India’s population to act and to challenge the widespread violence against girls and women and the patriarchal values that perpetuate inequality between girls and boys, women and men. She emphasized “Young people need to speak up against the age old ‘culture of silence’ which bolsters perpetrators to get away with the heinous crimes.”

The UNICEF Communication Specialist, Sugata Roy echoed Trisha. He said “Adolescents and young people’s voice are not heard on issues affecting their lives. They are not encouraged to participate in the activities which are planned for them. Wherever it happens it is either a tokenism or decorative. So, its high time to create an enabling environment where young people can speak and participate in programmes to end violence.”

End Violence Against Children is a unique collaborative effort that includes UNICEF and other UN agencies, governments, civil society, young people, advocates and champions, all focused on one thing: making the world safe for children.

The event was organized by Stella Maris College and Thozhamai in Partnership with UNICEF.