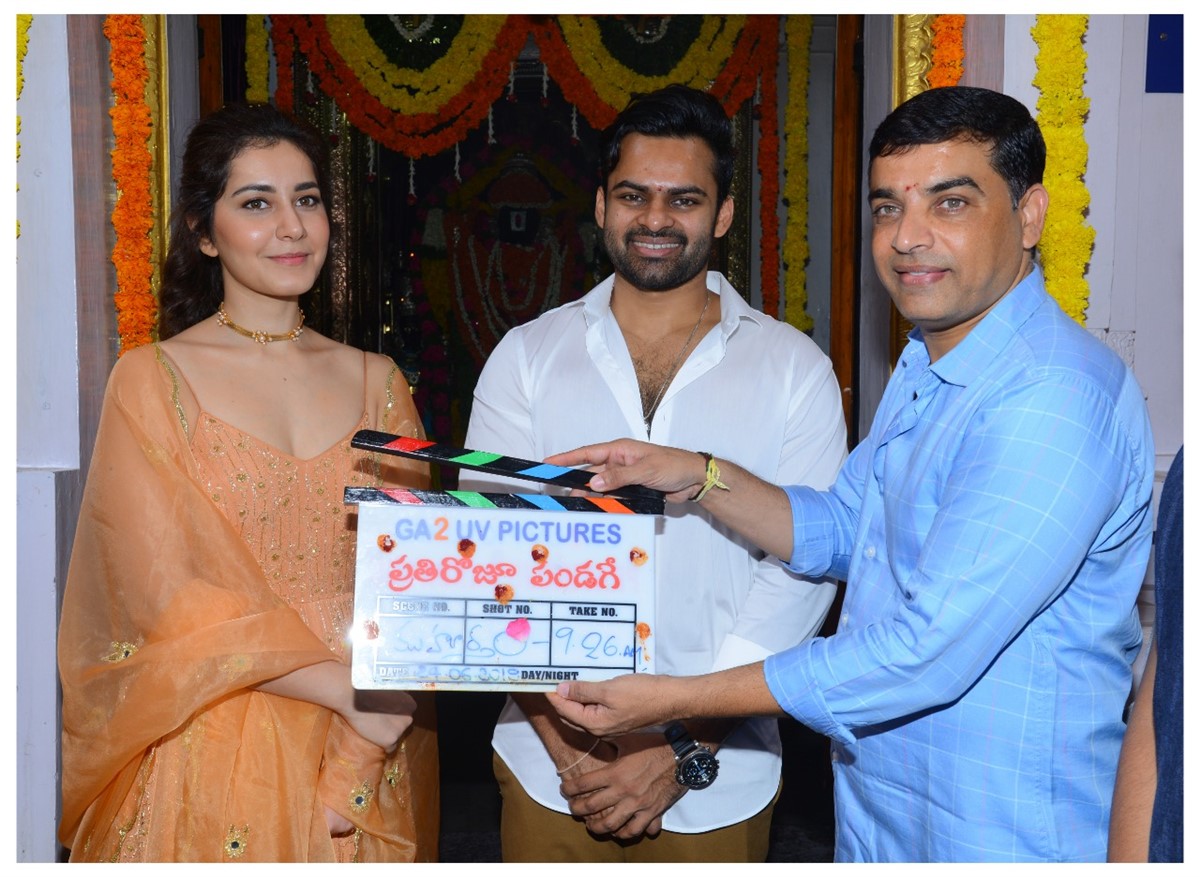 Supreme hero Sai Dharam Tej who recently bagged huge success with Chithralahari and Creative Director Maruthi signed up for a project which will be produced by Geetha Arts and UV Creations Banners. Bunny Vas who recently entered into the 100Cr club as a producer will be producing this project and Mega Producer Allu Aravind is going to present this film. “Prathi Roju Pandage” will the title for this project and the launch event was held today at Film Nagar Temple.

Sai Dharam Tej – Maruthi Combination:
Maruthi is very well known for family entertainers. His earlier films such as Bhale Bhale Magadivoy and Mahanubavudu have already proved him as a family entertaining director. On the other hands, Sai Dharam Tej with his recent Blockbuster proved himself that he is a bankable Class and Mass hero. So, film under this combination got all the attention in and out of the Film Industry.

GA2UV Creations Combination:
Geetha Arts 2 and UV Creations are two of the main production Houses in Telugu Film Industry and they have been working together for a very long time. They have produced super hits like Bhale Bhale Magadivoy and Taxiwala. Bunny Vasu, Vami, Pramod and Vikky will producer this film while ace producer Allu Aravind will the official presenter for this film.

Supreme Hero Sai Dharam Tej- Delhi Beauty Rashi Kanna Combination:
Sai Dharam Tej and Rashi Kanna together worked in Supreme which is a blockbuster. Now, they are signed up together for Prathi Roju Pandage. This combination has got a positive buzz from all over the Social Media and from the film critiques.

Impressive Sathya Raj and Rao Ramesh Characters:
Sahtya Raj, who reached hearts of Telugu People as an iconic Kattappa will be the special attraction in the film. Director Maruthi took special care designing his characterization. Rao Ramesh, another great artist also will be playing a crucial role in the film.