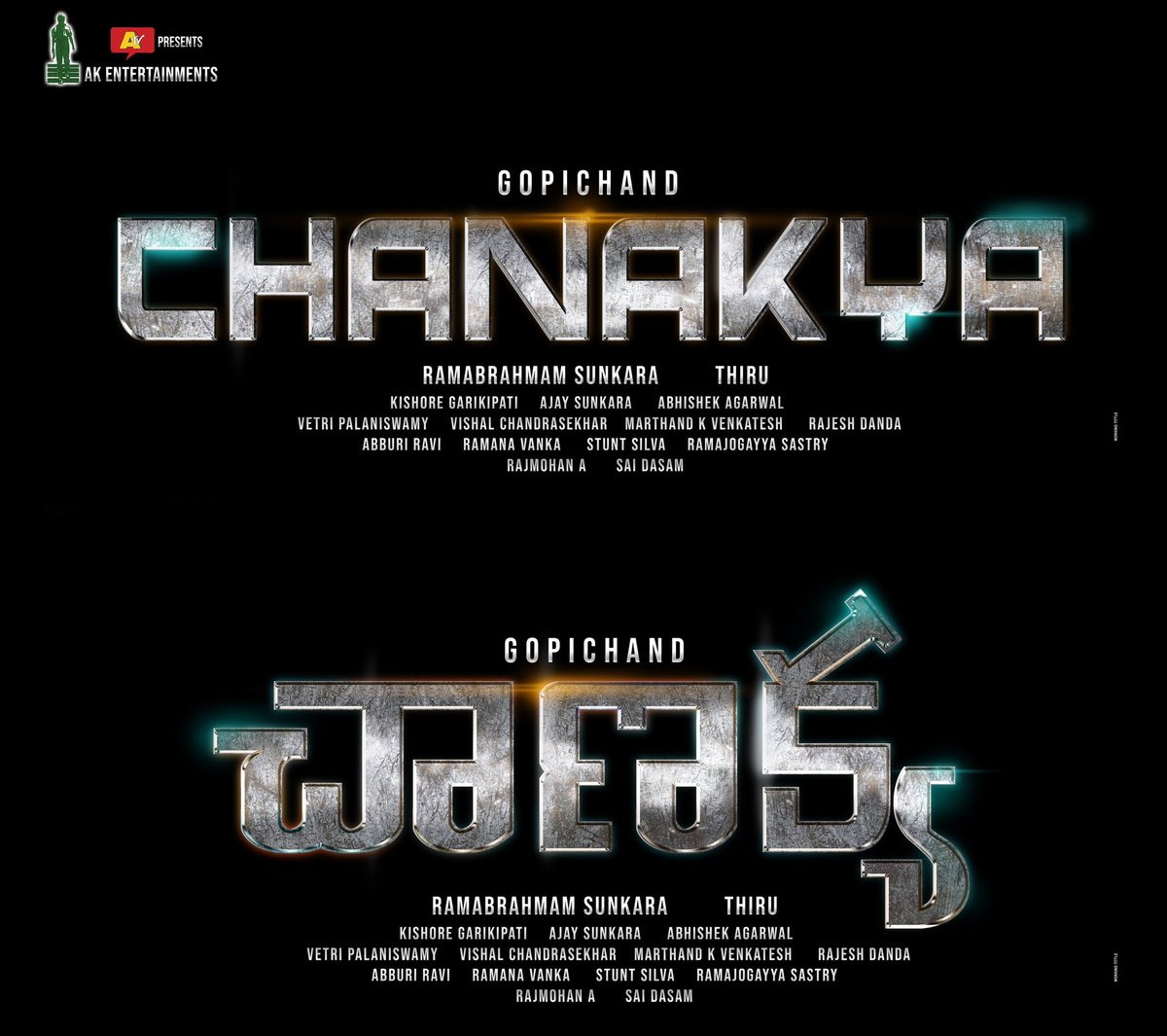 Hero Gopichand’s upcoming movie is titled ‘Chanakya’ and the makers have unveiled the title logo.

This is an action spy thriller and hero Gopichand will be seen in a never before look in the movie. Tamil director Thiru is wielding the megaphone for this project.

Bubbly beauty Mehreen is pairing with Gopichand in this film is while Bollywood bombshell Zarine Khan is playing a vital role.

‘Chanakya’ has wrapped up fifty percent of the shooting and the current the schedule is going on in Hyderabad.

Vishal Chandrasekhar is composing music for this film while Vetri is handling the cinematography.

Ramabhamam Sunkara is producing the movie under AK Entertainments banner