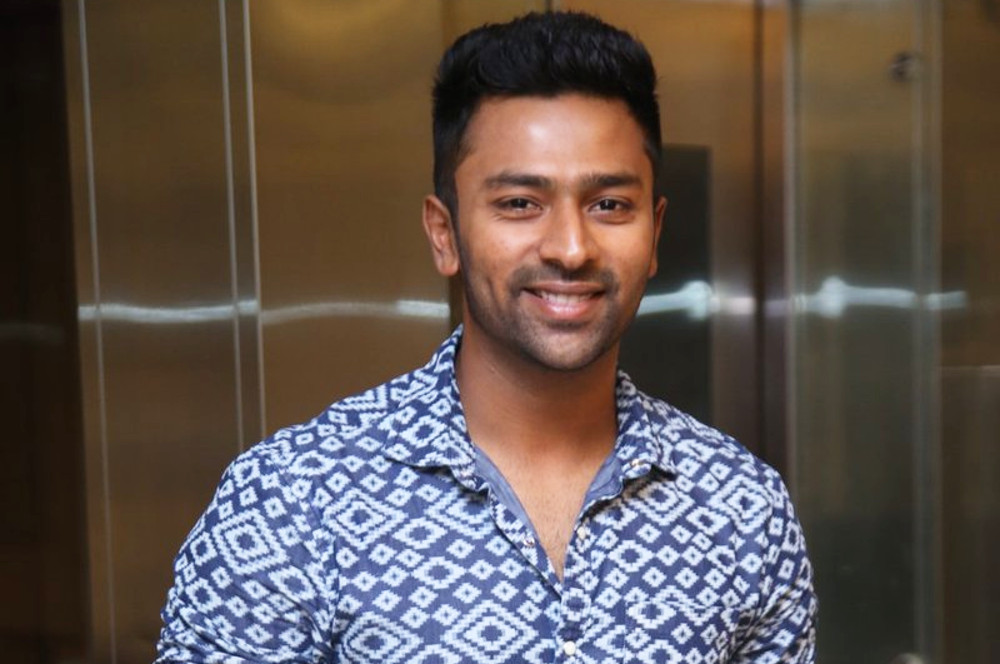 Films which are set against the backdrops of nativities have always set to be a source of realistic values. Every region has its unique culture, taste and traditional factors, which when seen through the celluloid versions are experienced with great interests. On this aspect, few filmmakers have strived to recreate the naturalistic depiction.
Filmmaker Vikram Sugumaran of ‘Madha Yaanai Koottam’ fame is now all set to deliver a natively inclined film with ‘Raavana Kottam’ featuring Shanthanu Bhagyaraj in the lead role.

Mr.Kannan Ravi, a NRI and most celebrated entrepreneur who embarks on his journey as producer with this film for Kannan Ravi Group.

Much gleeful over his maiden production, Mr.Kannan Ravi says, “Having spent more time abroad, I have always carried a penchant liking for movies that emphasizes the inherent nativity of Indian soil, especially Tamil Nadu. When I decided to produce films, I was keenly looking forward to bring up such a movie, which isn’t merely due to self-interest, but as a means of projecting the native elements of Tamil Nadu.
During this juncture, I happened to meet filmmaker Vikram Sugumaran coincidentally and he narrated me a script that sounded completely perfect in accordance to what I was actually looking up.”

Speaking on Shanthnu Bhagyaraj signed up for lead role, Mr.Kannan Ravi says, “When it was time to finalize the lead actor, we didn’t want a well established actor with a strong image, but someone who could easily accommodate the role as a son of soil and possesses good potentials to nurture the character. We are so happy to have Shanthnu Bhagyaraj on board.”

Director Vikram Sugumaran says, “Soon after the release of Madha Yaanai Koottam, I was so elated about the reception and stature that the film offered me. At the same time, I didn’t want to rush in for the next film and was conscious on retaining the name I gained. I travelled down south and did lots of research.

Shanthnu Bhagyaraj is known for his dedication and we are so much astonished to see his unconditional sincerity in preparing for the role. Over the past couple of months, he has been appearing with traditional attire of shirt and dhoti and even speaking in the unique slang of Ramanathapuram adapting himself for the role. His conversion from a city bred boy to a rustic village based boy in terms of look is amazing. I am sure he is going to match it with his performance too. We had started the shooting of Raavana Kottam.

Much alike the protagonist, we are keenly searching for a heroine, who would carry the absolute touch of nativity in gesture, body language and dialogue deliveries. The sheer combination of innocence and blind courage will be the hall mark of my female lead. The search is on and we are in the process of finalizing the same shortly.

While Justin Prabhakaran will be composing music for this film, we are conscious enough to rope in the best of the cast and crew, and they too will be introduced in an appropriate time” declared the Director with confidence.