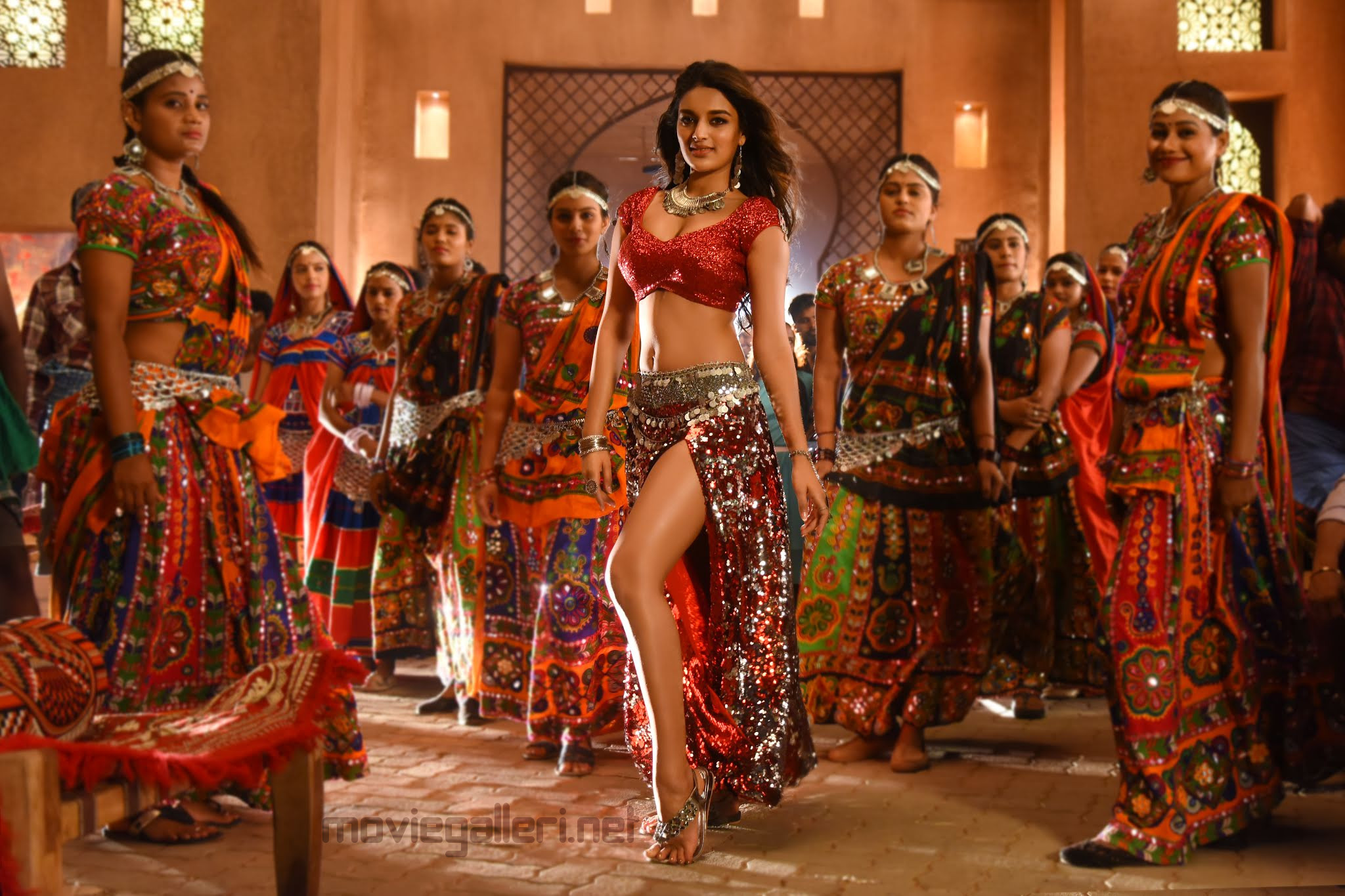 ‘iSmart Shankar’ starring Ram Pothineni, Nidhhi Agerwal and Nabha Natesh in the lead roles, is busy with a song shoot.

‘Dimaark Kharaab’ is the song and in a specially assembled huge set, the shooting is going on. Sekhar master is choreographing the song with nearly five hundred dancers. The lyrics to the song is penned by Kasarla Shyam and has Telangana touch to it.

A still of Nidhhi is released from the song shoot and she is looks sultry with vibrant costumes.

Director Sukumar visited the sets and appreciated the grandeur and also like hero Ram’s stylish look. 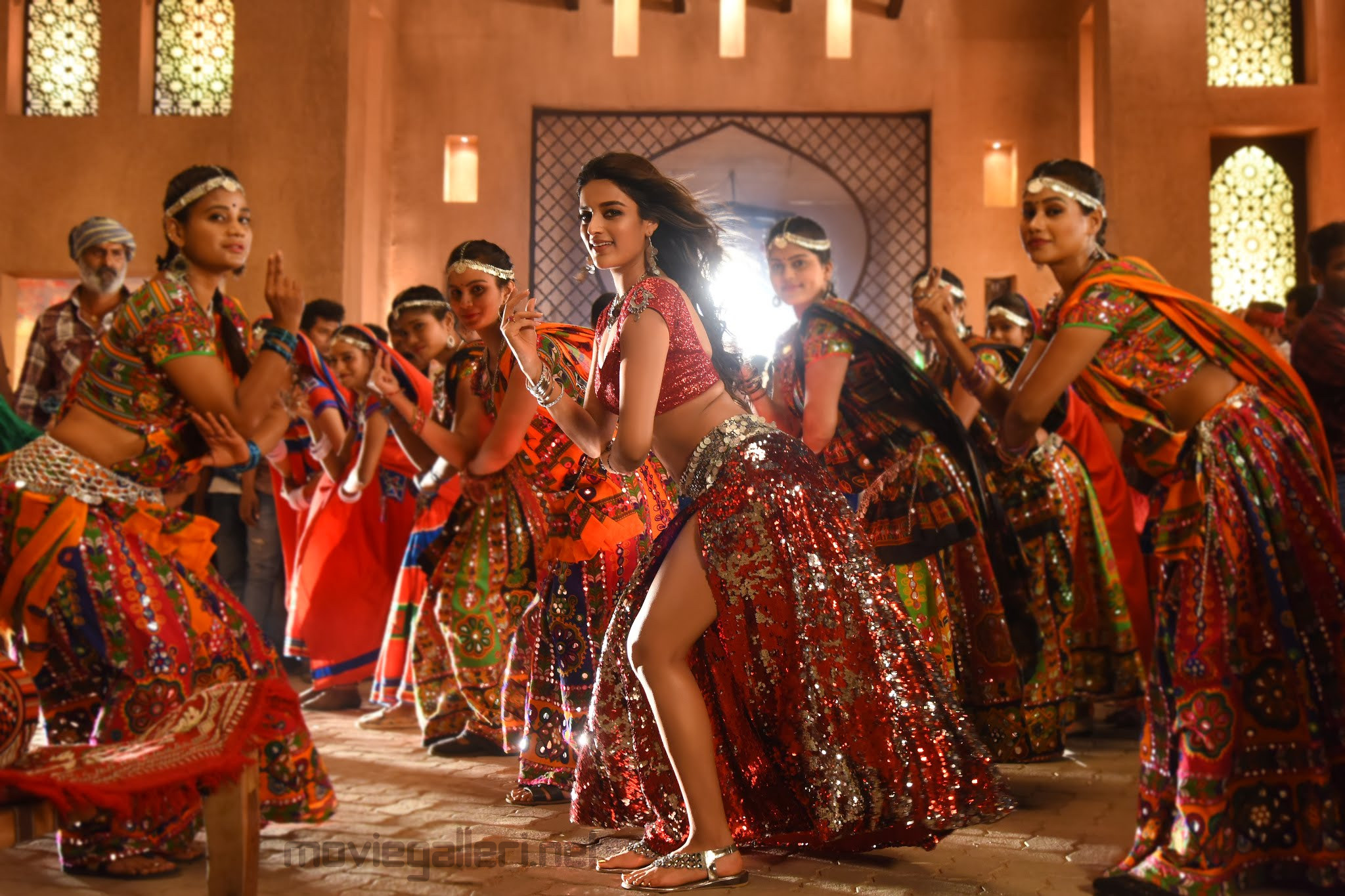 iSmart Shankar is written and directed by Puri Jagannadh and has the caption ‘Double Dimaark Hyderabad.’
Mani Sharma is composing music for the film which is touted to be an action entertainer. 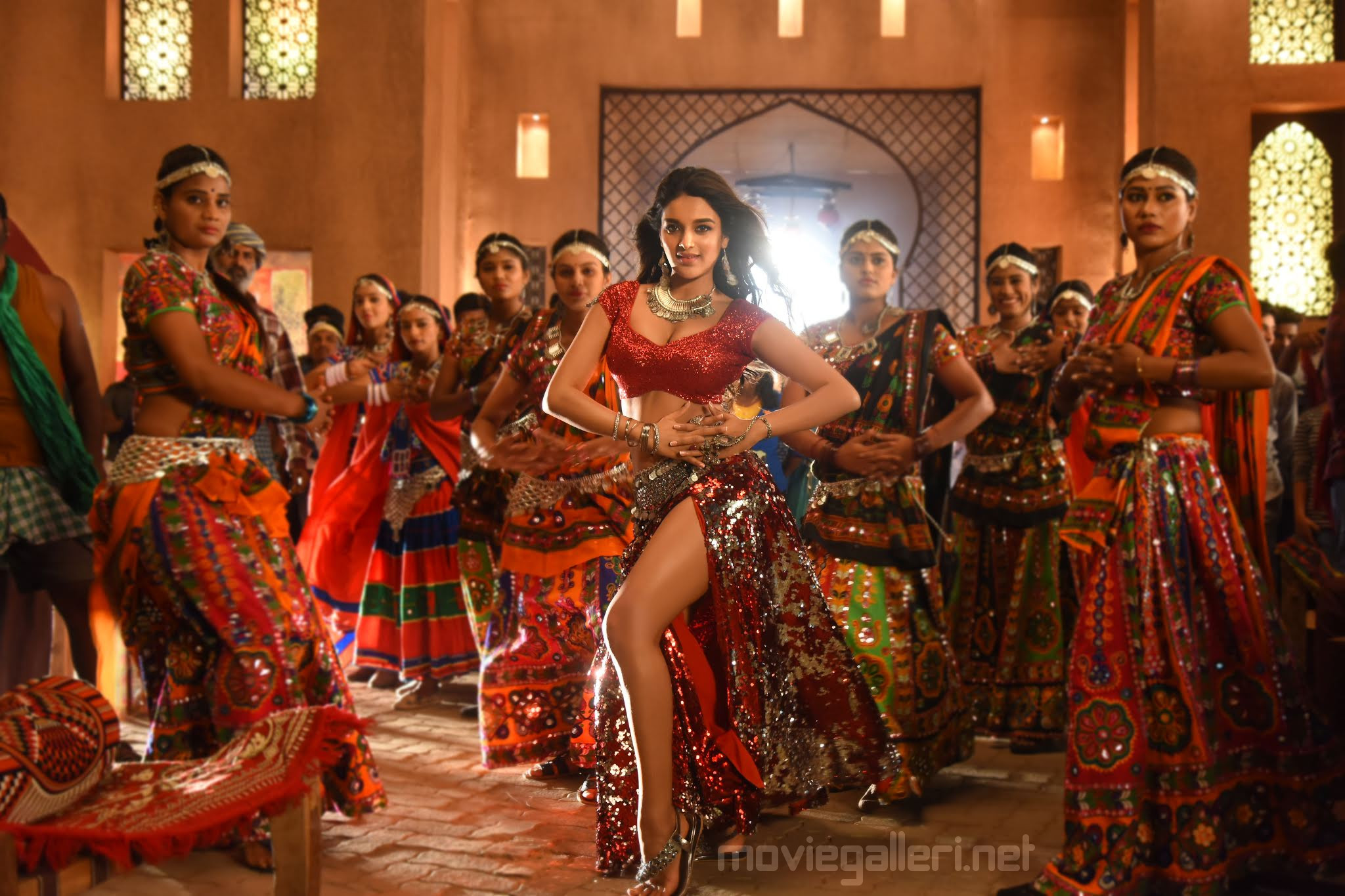