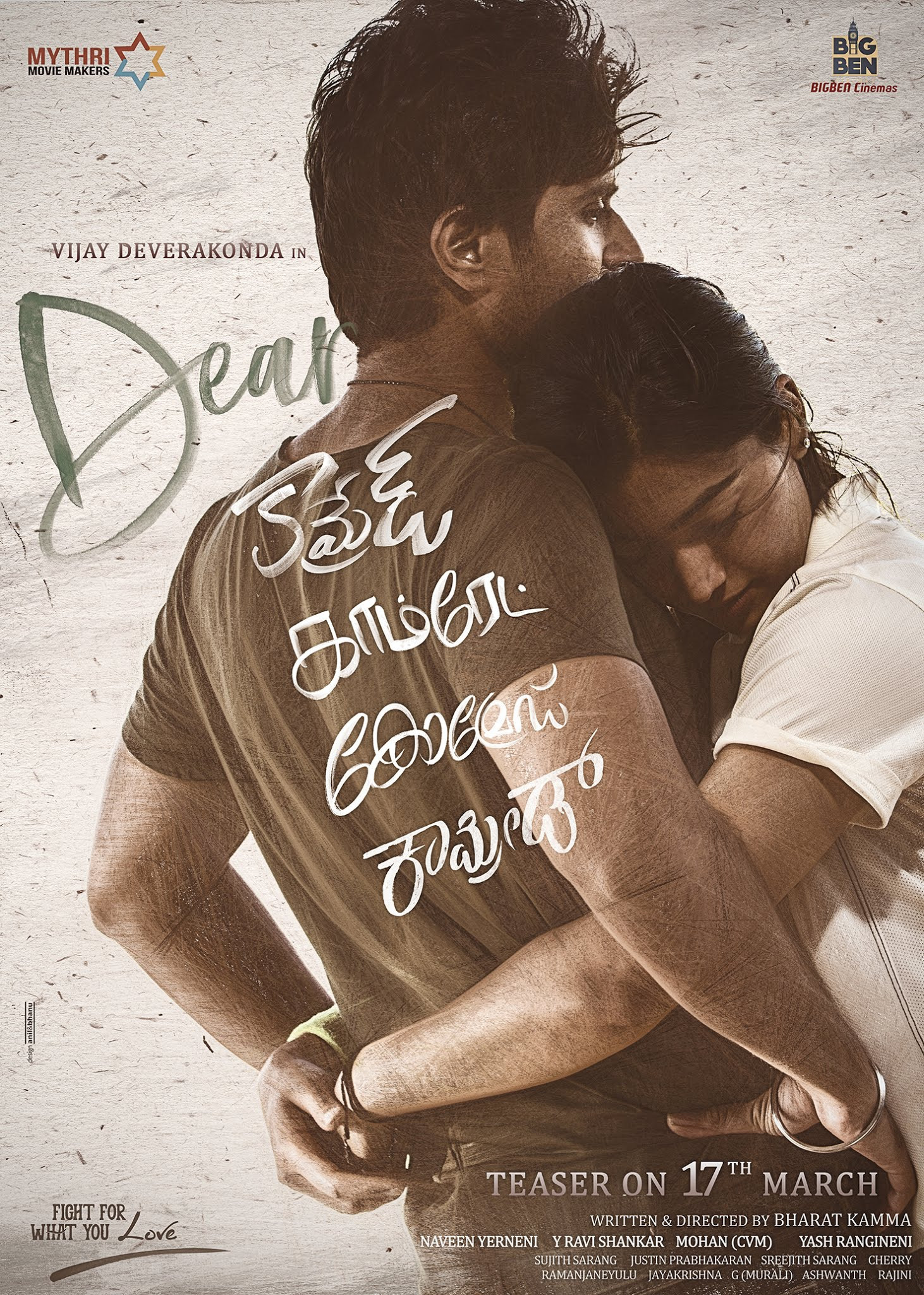 Vijay Deverakonda’s upcoming movie ‘Dear Comrade’ is gearing up for launch and for the first time, a teaser of Vijay’s film is going to be out in all the four south Indian languages.

On March 17th, the teaser of ‘Dear Comrade’ will be released in Kannada, Malayalam, Tamil and Telugu languages.
Bharat Kamma is directing the movie and it is his debut. Effervescent beauty Rashmika Mandanna is playing the female lead role and it is the second film of Vijay and Rashmika after a blockbuster.

‘Dear Comrade’ comes up with the tagline ‘Fight For What You Love’ and is touted to be an emotional drama. Vijay Deverakonda’s role is said to be an intense one with strong sense of social responsibility. Music is being composed by Justin Prabhakaran.