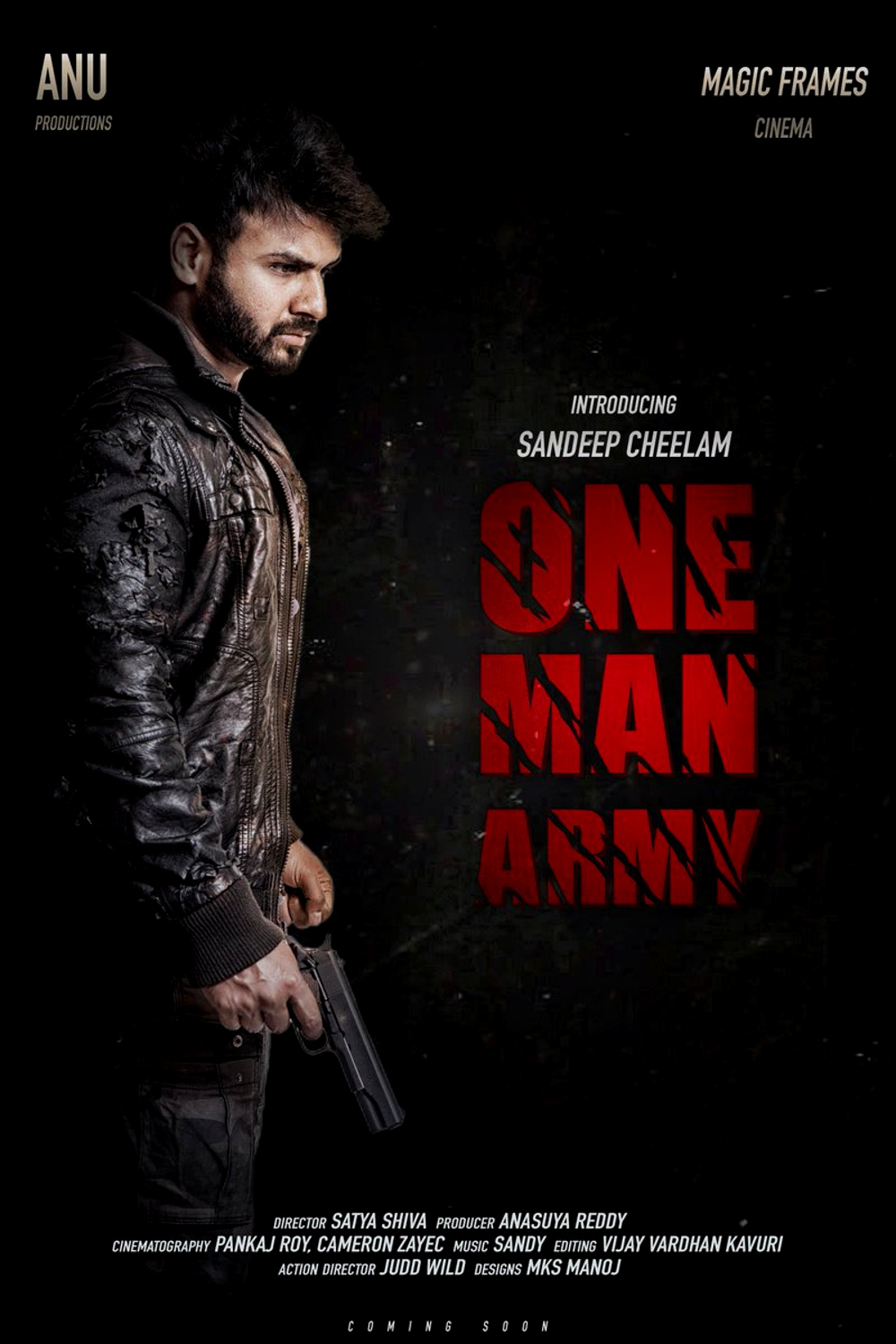 One Man Army’ introduces Sandeep Cheelam as the hero. Jointly produced by Anu Productions and Magic Frames Productions, its entire shooting has happened in Australia. It’s rare in the Telugu film industry that something of this sort has taken place.

Debutant director Shiva is wielding the megaphone. The shoot is in the last leg currently. The First Look of the entertainer is being released to mark the birthday of the hero.

Twisha Sharma, a model who was Miss Pune, is the heroine of this movie. Kamal Deep Kama, who has won the Mr. World title thrice, is playing the antagonist.

Pankaj Roy and Cameron Jake are doing the cinematography. The film’s stunt master is Jude Wild, who previously worked on ‘Mad Max: Fury Road’. Designing work is by MKS Manoj.

The rest of the shoot will be wrapped up soon and the release date announced after that. The rest of the cast and crew details will be revealed soon.