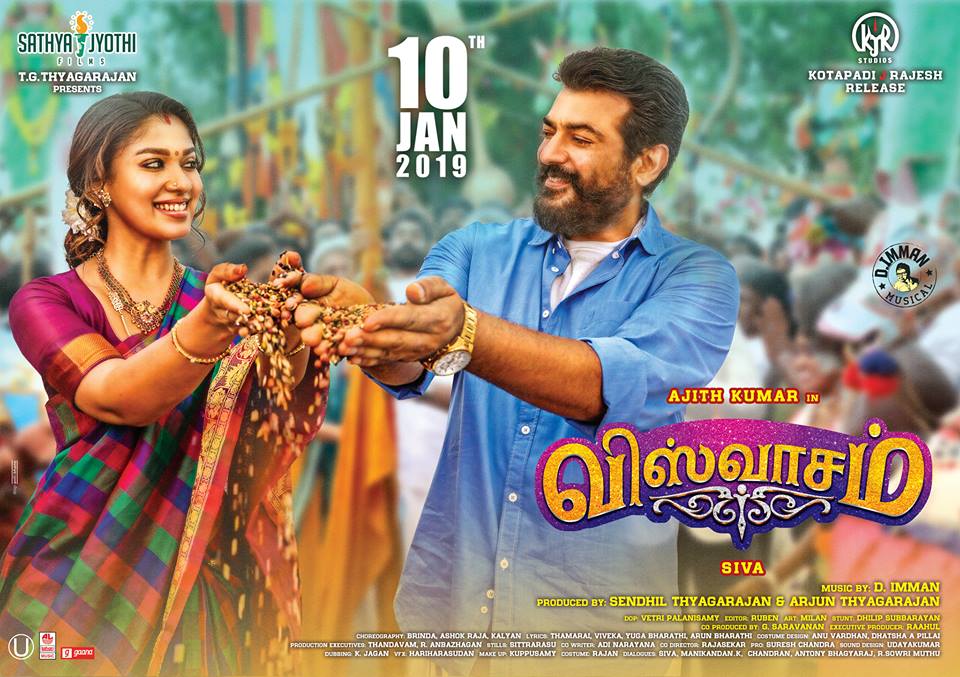 Viswasam story is set against the backdrops of village in Madurai, where we come across a freewheeling yet good hearted man Thooku Durai (Ajith Kumar).

Thala Ajith simply rocks in his two get-ups (Young and Salt-n-Pepper). His characterization of ‘Thooku Durai’ itself holds sumptuous entertainment. As young, he has to be playful and does lot of comedy. As middle-aged, he is matured and dignified. Ajith has satisfied both his fans and general audience. As usual, he excels in action sequences. He has also danced a lot for songs.

His bonding with his daughter is memorable part. Child Artist Anikha’s acting is a big plus. She plays a crucial part in the 2nd half.

Another major surprise was Niranjana (Nayanthara) is gorgeous & Her romantic chemistry with Ajith has worked out well. The love story and its dynamics that he painstakingly sets up are pushed to the background to bring a new villain into the story.

Cameraman Vetri and Editor Antony Ruben have delivered their goods to enrich the movie. D Imman songs and BGM have worked wonders for the movie.

Director Siva has provided festival entertainment with right ingredients and emotions to satisfy both fans and family audience.