The legendary filmmaker of all times, who is acclaimed beyond decades, especially for more than 20 films with Superstar Rajinikanth. Veteran movie maker SP Muthuraman is still a hard working personality in Tamil film industry, where we find him regularly visiting his office room at AVM Studios, where he doesn’t even show a pinch of attitude of having delivered so many blockbusters. It was such a surprising moment for the entire team of ‘Dharma Prabhu’, where he silently stood outside the sets and kept observing it. While the producer P Ranganathan and others had rushed towards him, he just politely asked that if he comes inside and visit the set works. Such a humble gesture was almost like surprisal dew soaking everyone by the twilight hours.

After visiting the sets, he instantly said, “It’s been a long time I saw such grand set works being erected here (AVM Studios) and it revives my golden memories here.”

Even while posing for photos, he was so much genuine asking the team to stand against the proper lighting. It was like a mentor visiting the sets of a protégé and everyone felt so much blessed.

Dharma Prabhu is a fantasy based comedy genre set against the backdrops of Yama Lokam featuring Yogi Babu and Ramesh Thilak in lead roles. The film is directed by Muthu Kumaran and is produced by P. Ranganathan. The team has now completed shooting the first schedule in grand set works erected at the whopping budget of 2Cr. The new schedule will commence within next couple of weeks. 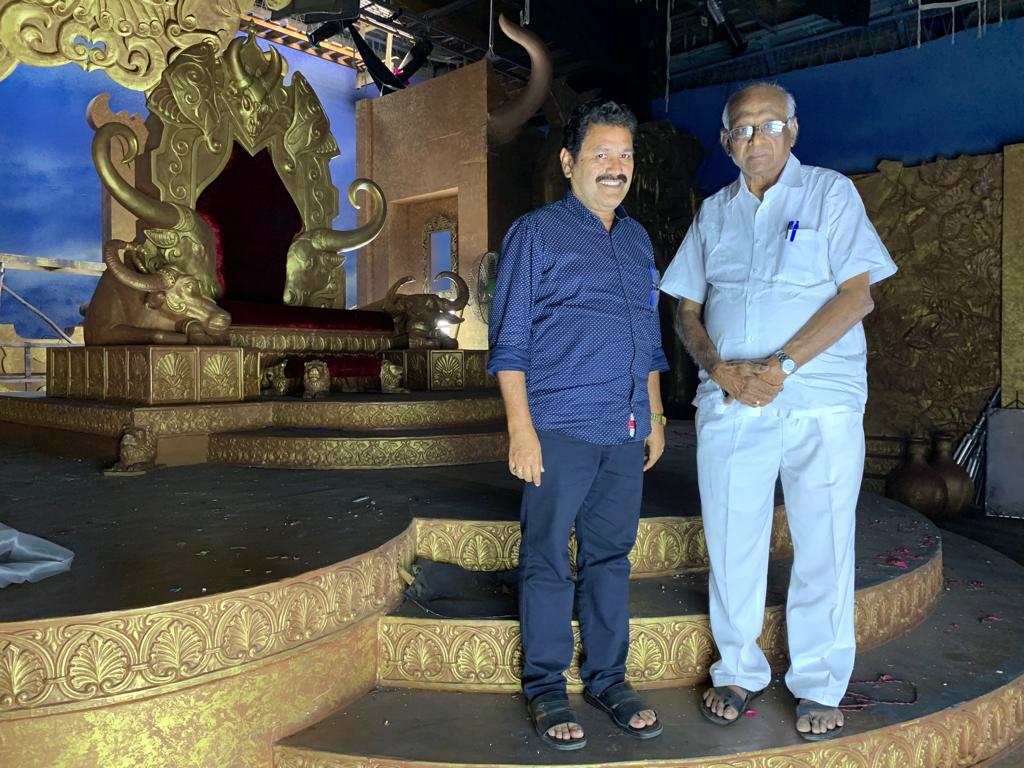