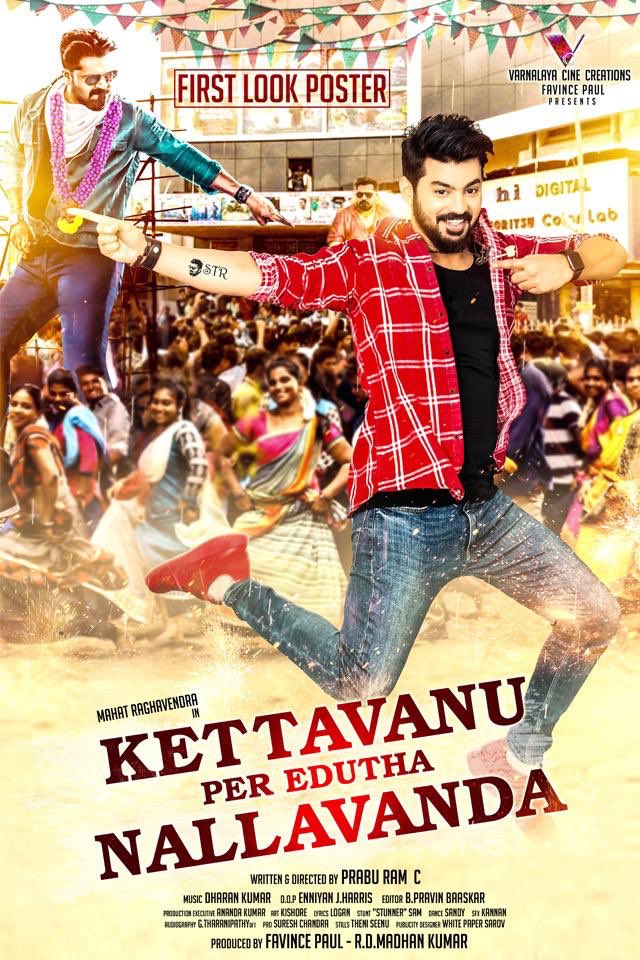 After the magnum opus growth of the technology and social media, a product from any public forum gets debated amongst a large set of audience. Magnifying the south film industry, Any update or a first look poster gets dissected by the fans, to pull out the information from their favorite film. Interestingly, This contributes to the growth of filmmakers, who are in the demand to sharpen their skill for grasping the minds of plenty. A few days back, the first look poster of Bigg boss fame Mahat and Aishwarya Dutta’s rom-com “Kettevannu per yedutha nallavanda” was out, which features actor Mahat playing as an ardent STR fan, with the star’s hoarding placed in the poster. The viral poster, had urged the viewers vision to enlarge the output, which ejected out the background of a recent Kollywood film placed in the poster.

Though there was a dilemma amongst the fans, here comes KPYND director Prabu Ram C to clarify the guessing factor placed in the poster. the director said “ This film will have the reference of many other biggies from the Kollywood. “Spoof” will play a major part in our film, which is planned to attract the youth and movie buffs. If I had come up with a normal poster ,our product would’ve been another gift from Kollywood amongst the Pongal extravaganza. It is a kind of a Visual trap placed for the audience, and I’m happy with the reception.

Sharing about the film’s progress, the director said “ we have 15 more days left for the completion, with a song to be filmed in Courtallam. The talkie portions are almost complete”.