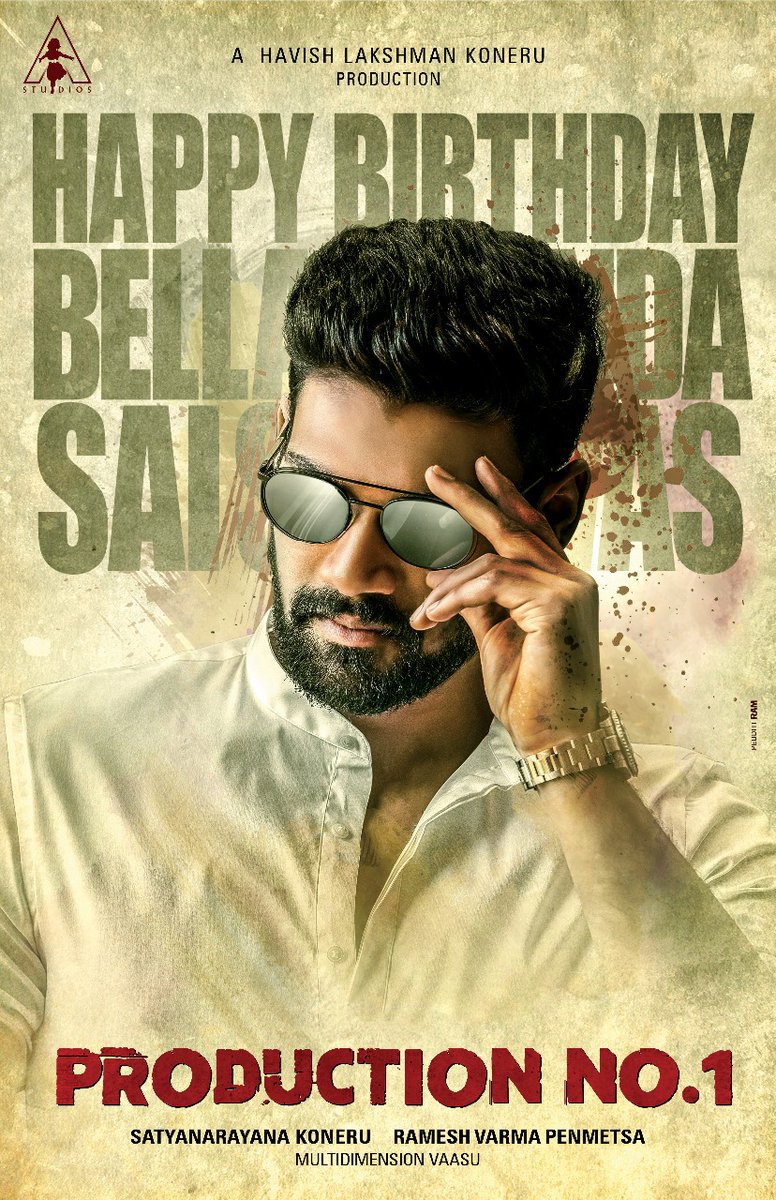 Young and dynamic hero Bellamkonda Sai Sreenivas’ new film is announced on the occasion of his birthday.

This new film will be directed by Ramesh Varma and it is touted to be an action entertainer.

Hero Sreenivas will be seen in a new look in this movie and has sported beard for the first time in latest photo-shoot. Sreenivas appears stylish in it.

Satyanarayana Koneru and Havish Lakshman Koneru will produce the movie under A Studios banner. Multi-dimension Vasu is associating with this yet to be launched film.