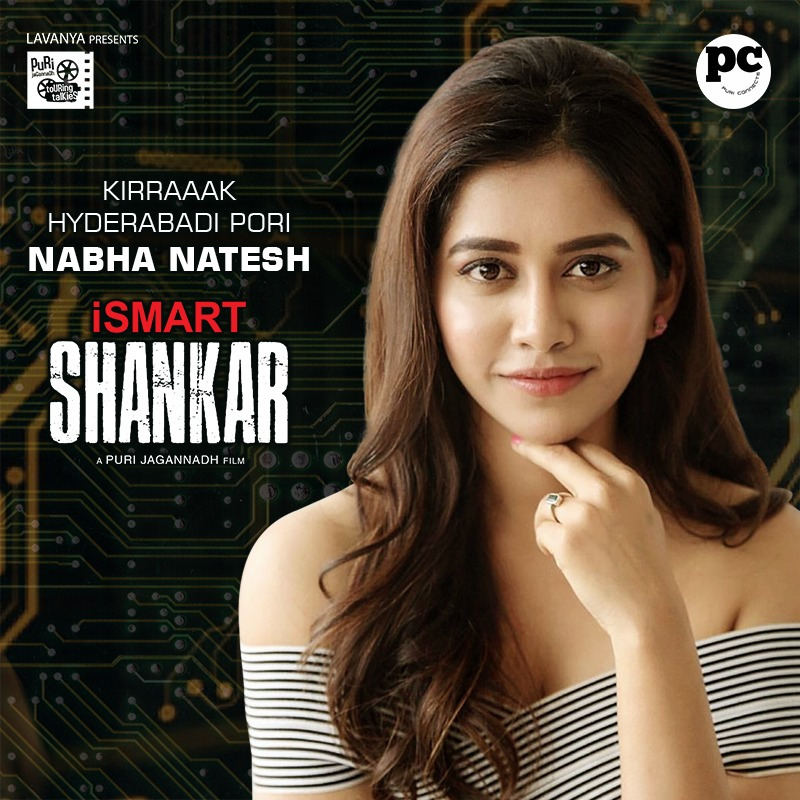 Hero Ram’s upcoming movie ‘iSmart Shankar’ is the first film in combination with director Puri Jagannadh.
Recently actress Nidhhi Agerwal have confirmed as one of the female leads and now they have locked Nabha Natesh as the other heroine.

The film’s shooting is currently progressing in Hyderabad. A heavy duty fight episode is being canned on hero Ram. The energetic star will be seen in a new and stylish look in the movie.

Actors Puneeth Issar, Satya Dev, Milind Gunaji, Ashish Vidyarthi and Get-up Srinu will be seen in supporting roles.
Mani Sharma is composing music for the film and Raj Thota is handling the cinematography.

Puri Jagannadh and Charmme Kaur are producing ‘iSmart Shankar’ under Puri Jagannadh Touring Talkies banner in association with Puri Connects. The makers are planning for May release.