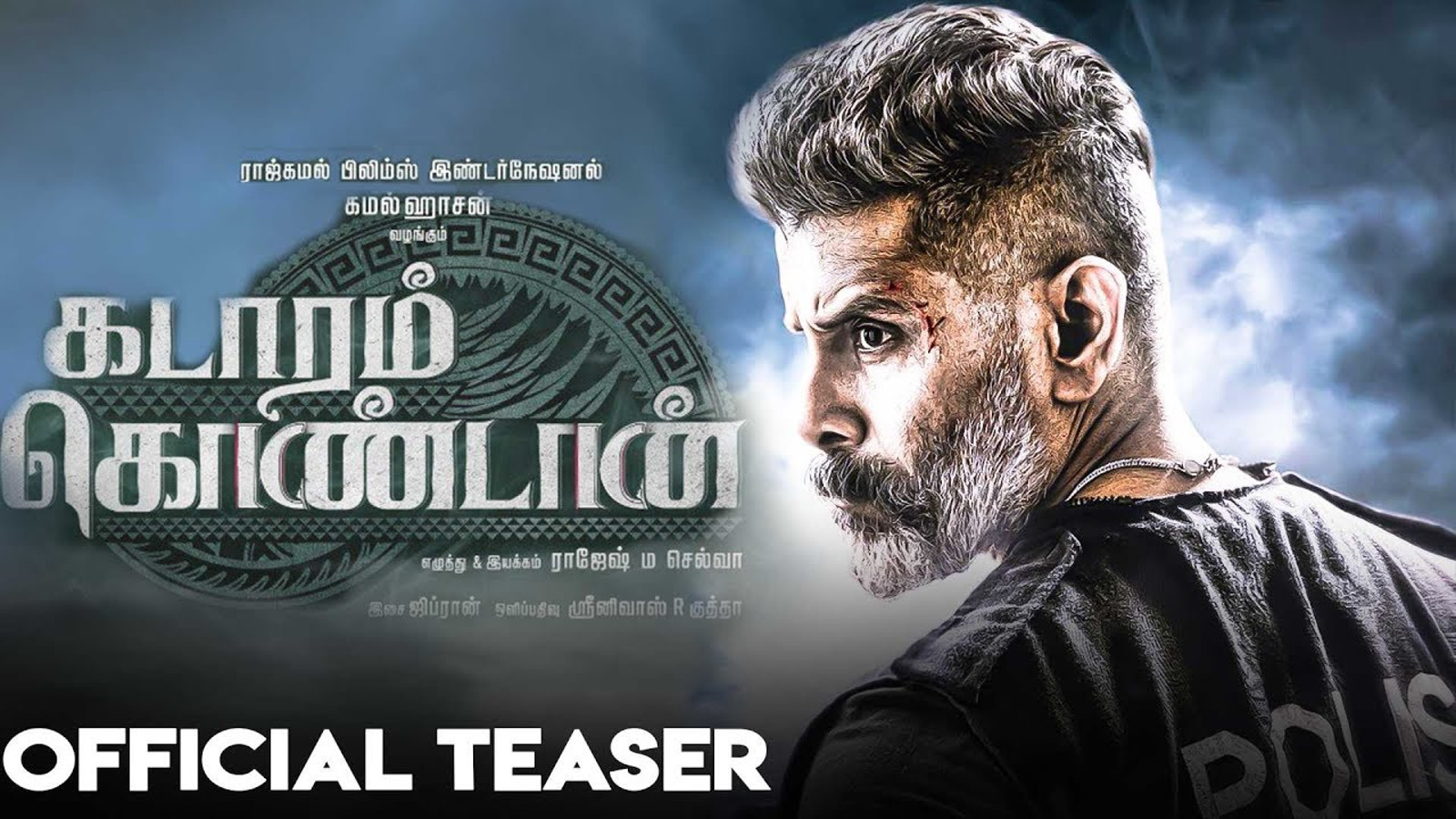 The first schedule shooting of Vikram’s upcoming flick Kadaram Kondan produced by Raj Kamal Films along with Trident Arts was wrapped up in Malaysia recently.

Shooting of the movie was taking place at Kuala Lumpur in which the entire team took part. Following this, the second schedule was happening in a grand set in Poonamallee in Chennai.

Akshara Haasan is said to play an important role in the movie. Now the second look poster of the flick has been released in which the team has announced that the teaser of the film will be released on 15 January.

M Ghibran is the music director for the flick. Following this Vikram will resume shooting of Gautham Vasudev Menon’s Dhruva Natchathiram and Mahaveer Karnan