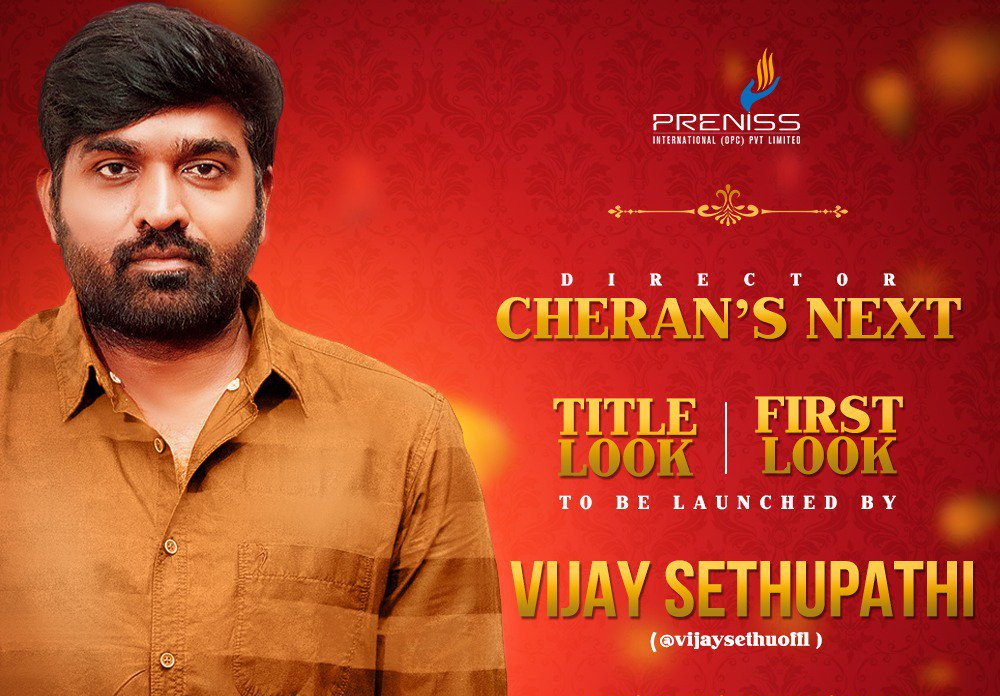 The first look poster and title of Cheran’s upcoming flick is being released by Vijay Sethupathi today.

The movie has Thambi Ramaiah’s son Umapathy in the lead role. The announcement about the movie was made during the audio launch of Maniyar Kudumbam.

Sources also said Cheran’s next flick will have Adithya Baskar of 96 fame in the lead role. It is learnt that Cheran is back from hibernation mode and would be continuously making films henceforth.