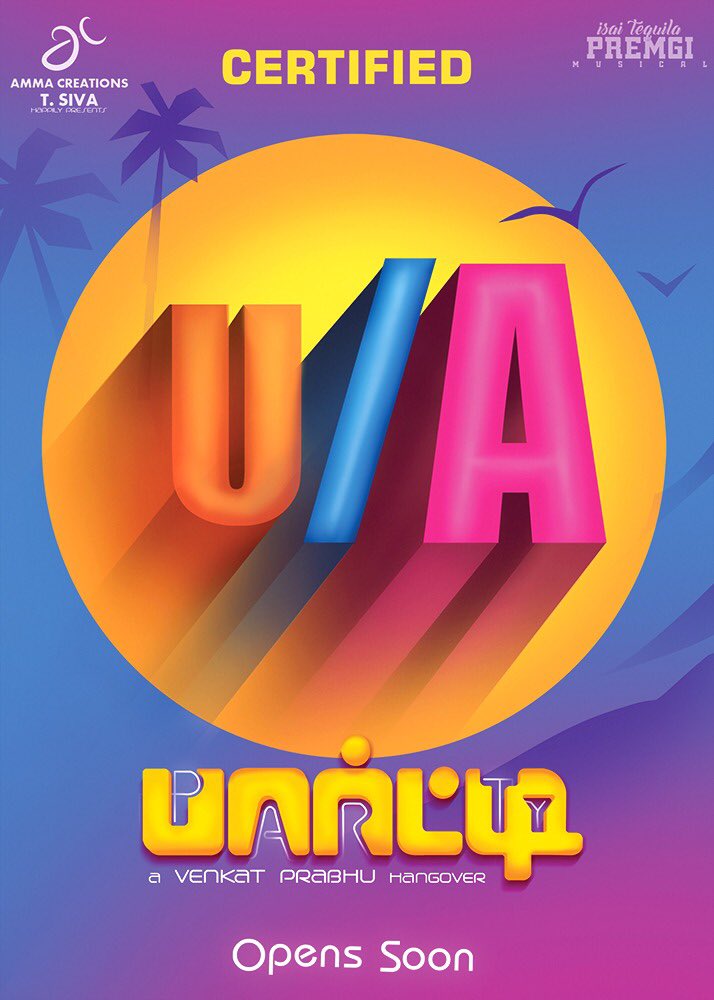 Of course, every film from the stores of Venkat Prabhu has offered a dose of party feel irrespective of what genre it belongs to. Now that his film itself being labeled as ‘Party’, the entertainment is all set to get more extravagant. While Kids may not be usually invited to a ‘Party’, Venkat Prabhu does a favour to them. Yes, Venkat Prabhu’s PARTY has been certified UA and it is going to be a pretty celebrative entertainer for all.

Sharing the joyful news, producer T Siva of Amma Creations says, “Venkat has never preferred exaggerations or overdose of elements to cater adults. It’s been quite evident with his erstwhile movies, which are vigorously that his target has always been Universal audiences. Of course, “Party” has glitz and glamour as the premise is set against such backdrops. We as a team are happy that CBFC members being early viewers of our film have certified the film appropriately.”

Extending some words on the film’s plot, Producer T Siva says, “It’ too early to reveal anything on the story. But all that I can assure is that the story happens over a New Year eve, which will involve lots of characters and more drama with action, fun and of course, a custom made Venkat Prabhu package.”