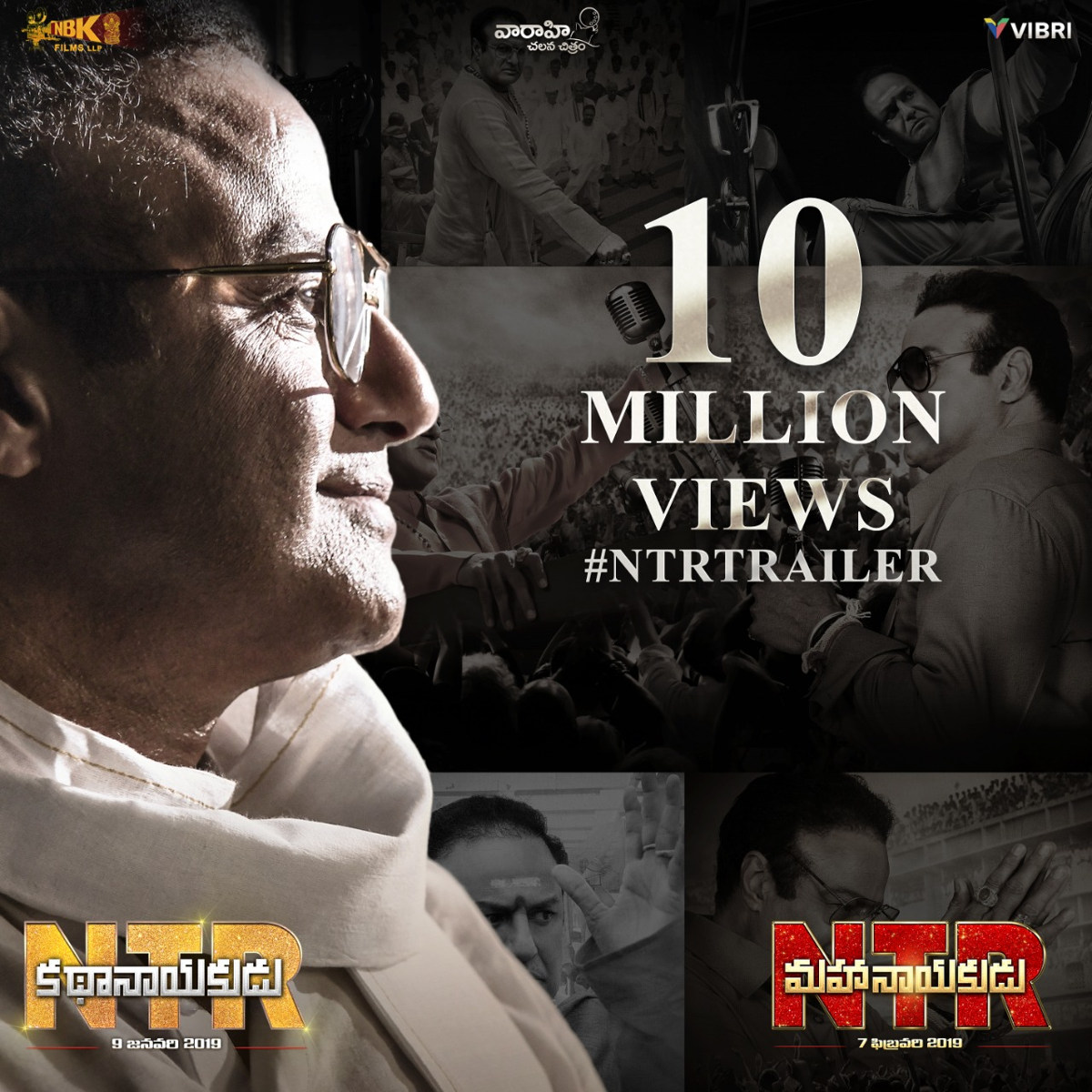 The trailer of ‘NTR’ biopic has crossed 10 million views and is still getting a terrific response from the audience.

Nandamuri Balakrishna who played the title role of NTR, impressed one and all with his incredible transformation. In different get-ups just like NTR while Bollywood actress Vidya Balan played the role of Nandamuri Basavatarakam.
NTR biopic is being made in two parts ‘NTR – Kathanayakudu’ and ‘NTR – Mahanayakudu.’ A directorial of Krish Jagarlamudi, MM Keeravani has composed the music.