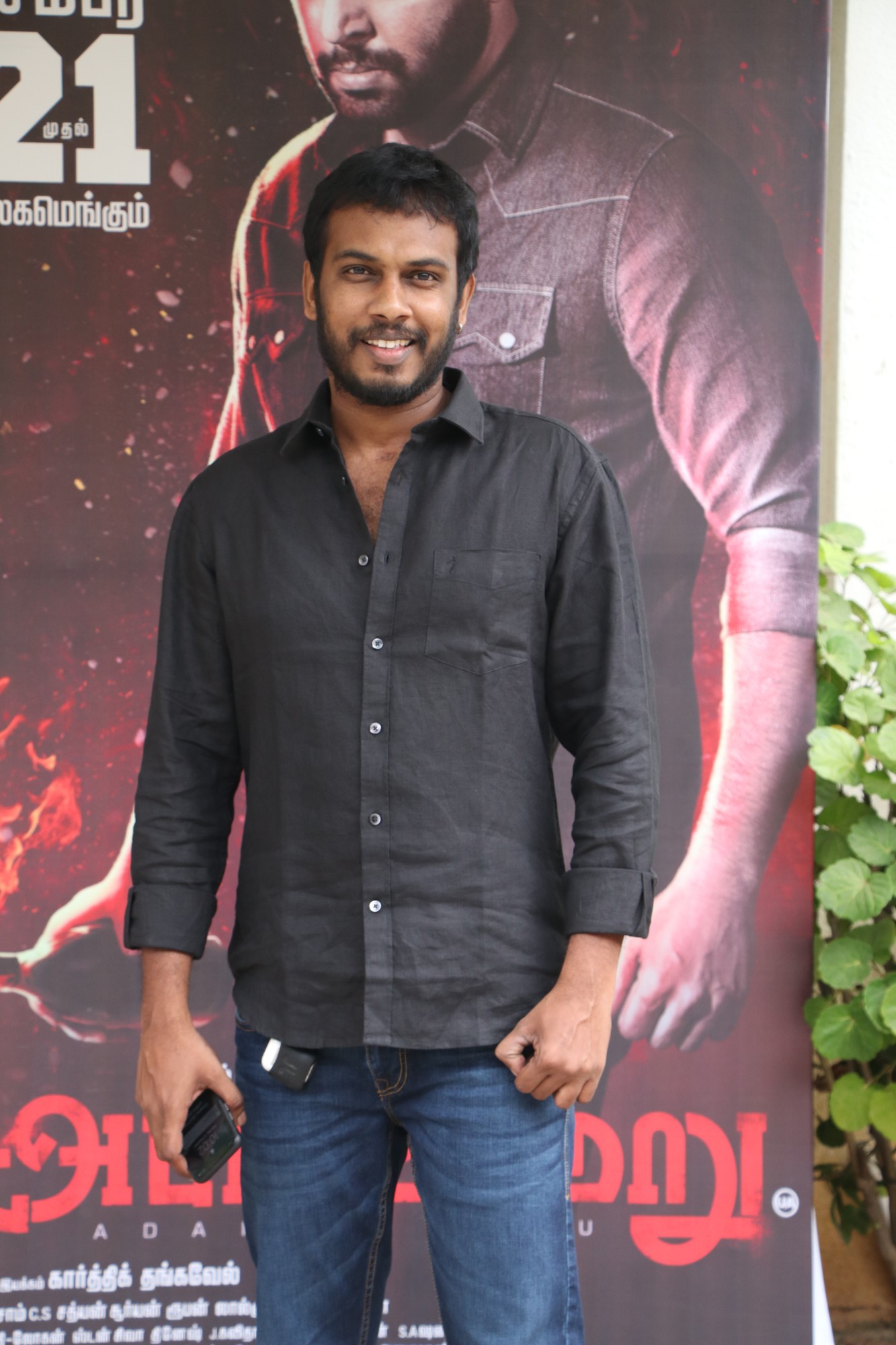 It stands out to be a fact that ‘Commercial Entertainer’ happens to be the most difficult among all genres. Of course, every ‘Emotion’ denotes a ‘Genre’ and bringing them all together is a huge challenge that very few filmmakers possess. Filmmaker Karthik Thangavel as believed by his entire family of “Adanga Maru” has achieved such craftsmanship. Hailing from the school of most celebrated filmmakers like Saran, Ameer and Cheran.

“It’s nice to hear such a verdict from a team of excellent talents. Especially, to hear it from Sujataa madam is a blessing. She has been the one who actually accompanied me from the initial stage. Now I am happy that somehow, I have lived up to her expectations,” says Karthik Thangavel, who shifts his words of honour for Jayam Ravi. “Well, I am so exhilarated that our team and close associates have been labeling ‘Adanga Maru’ as a perfect entertainer. In this case, all credit goes to Jayam Ravi sir. Initially, my script was raw and rustic, which he kept insisting me to tone down so that it becomes a treat for universal audience. What I really admired about him is that he could have easily ignored this script as there is a long queue awaiting his time. But he stood beside me suggesting and accepting my opinions too, which indeed has yielded us all a good output.”

Ask him about the pillars of Adanga Maru and he tells us, “Every actor and technician in the film! They have exerted an unbelievable effort for the movie. I am so much privileged to get this team of actors and technicians, who have given life to my ideas.”

Adanga Maru is scheduled for worldwide release by Clapboard Productions on December 21. Featuring Jayam Ravi and Raashi Khanna in lead roles, the film is produced by Sujataa Vijayakumar for Home Movie Makers. Sam CS has composed music for this film with Sathyan Sooryan as cinematographer and Ruben as editor.